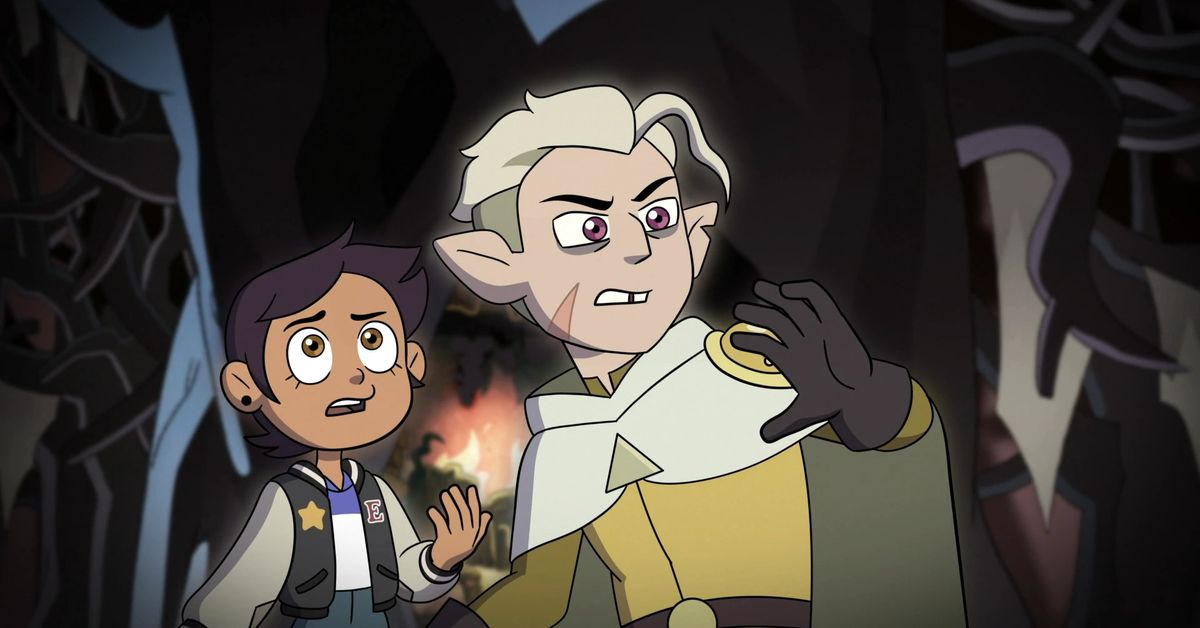 The owl houseThe latest episodes of have showcased the series at its best. As the brave misfit Luz searches for a way home and also tries to get to the bottom of the all-powerful Emperor Belos’ plans, she grapples with her own emotions of being torn between two worlds. It’s the perfect mix of world-building story and character-driven downtime to balance out the overall plot.

But even though the show has been at its best, the fact that the last two episodes have had a bunch of back-to-back big reveals is frustrating and bittersweet. With only four episodes remaining from this season – and only a tiny, abridged third season on the horizon – it’s clear that creator Dana Terrace and the rest of The owl house the team works within the framework entrusted to it. It’s still deeply satisfying, but the show and the team behind it deserve more.

[Ed. note: This article contains major spoilers for the most recent episodes of The Owl House.]

In “Hollow Mind”, Luz and Hunter (Zeno Robinson) – the devoted nephew of Emperor Belos – find themselves trapped in the mindscape of Belos. While trying to escape, Luz also resolves to explore her memories and uncover her motives, while Hunter passionately insists that Belos has a good heart. They come across a childish little Belos, whom Luz first wants to protect. But as they delve deeper into Belos’ dark and twisted mind, it becomes clear his true intentions are evil – he’s actually a human witch hunter, the same human Luz traveled back in time to find. in the hope that he could lead her. residence. Belos worked with a shady spirit known as the Collector and somehow survived for hundreds of years in order to carry out his master plan of slaying all the witches and demons in the boiling islands. And to top it off, Hunter isn’t really his nephew, but something he calls a “Grimwalker”, done in the guise of one of Belos’ first companions all those years ago.

If that wasn’t enough, the very next episode sees Luz and baby demon King (Alex Hirsch) head to a remote part of the Boiling Isles, where they encounter a distant clan of Titan Hunters who are convinced King is one of their long-lost descendants. Turns out King isn’t a titan hunter – he’s actually the last titan, the fearsome giant demonic creatures that roamed the boiling isles centuries ago, creatures that the aforementioned collector wants to eliminate. It’s blow after blow, but each of the revelations has been carefully sown beforehand. The King’s reveal builds on previous instances where we saw him searching for his family, while Belos and Hunter’s true natures were heralded by their inability to wield magic traditionally.

But with only a handful of episodes left this season – and only an abbreviated Season 3 after that – wrapping them all up seems nearly impossible. Terrace and the rest of the crew have already defied the odds, crafting a rewarding and interesting narrative despite the limited scope given to them; they’ve proven they can pull off the incredible, and they can probably thread the needle to a satisfying ending. And yet it could also be so Afterif Disney hadn’t decided to hijack the show before it even really had a chance.

Generally, Disney Channel’s animated shows tend to run for fewer seasons than other network counterparts. To take adventure time and Steven Universefor example, which recorded 283 and 160 episodes respectively (not including their respective spin-off series), and compares them to popular Disney Channel shows like Gravity Falls (41 episodes) and star vs the forces of evil (77 episodes). That’s not to say you can’t create a satisfying anime show with a smaller episode count; it’s doable, and certainly these two Disney Channel examples already speak to it. But it makes it obvious that The owl house was already running with a tighter storytelling allowance — made even shorter by the fact that it won’t get a full third season.

Terrace previously offered insight into why The owl house wasn’t renewed for a full third season, which boiled down to one simple and frustrating reason that had nothing to do with the reviews (all good) or the ratings (also good): someone decided that the show did not fit the Disney brand.

“At the end of the day, there are a few businessmen who oversee what fits the Disney brand and one day one of those guys decided that TOH didn’t fit that brand,” Terrace wrote in a post. Reddit AMA thread. “The story is serialized (LITTLE compared to any average anime lmao), our audience is older, and it just didn’t fit that guy’s tastes. That’s it! Isn’t it not savage? Really grinds my guts, gets my brains boiled, kicks my shins, all that stuff. It sucks but that’s the way it is.”

Pull off a late reveal like Steven Universe made in its final season doesn’t just come from the hard work of the creatives involved; there were definitely times along the way where it seemed Steven Universe might not get the chance to tell his full story. But it needs the network to give the show a chance to even get to that point. The owl houseThe most recent reveals from are incredible – but imagine what they could have looked like with a little more time to simmer. Hunter, for example, was only really introduced this season, and the reveal of who he really is is squashed between other big Belos reveals. It still works – it works great – but it’s hard to get rid of the fact that Disney doesn’t want it to work at all.

The owl house is brilliant. It’s crisp and funny, with evocative and compelling characters. It’s funny and warm and beautifully animated. It garnered a passionate fan base and rave reviews, and it became a milestone in LGBTQ representation in animation for all ages. It’s more adult than the average Disney Channel animated series, and for the better. What if Disney just had a little more faith (trust and pixie dust, etc., etc.), then The owl house could have the time he deserves.

The first season of The owl house, along with Season 2 Episodes 1-16, are available on Disney Plus. New episodes premiere Saturdays at 9 a.m. EDT on Disney Channel.