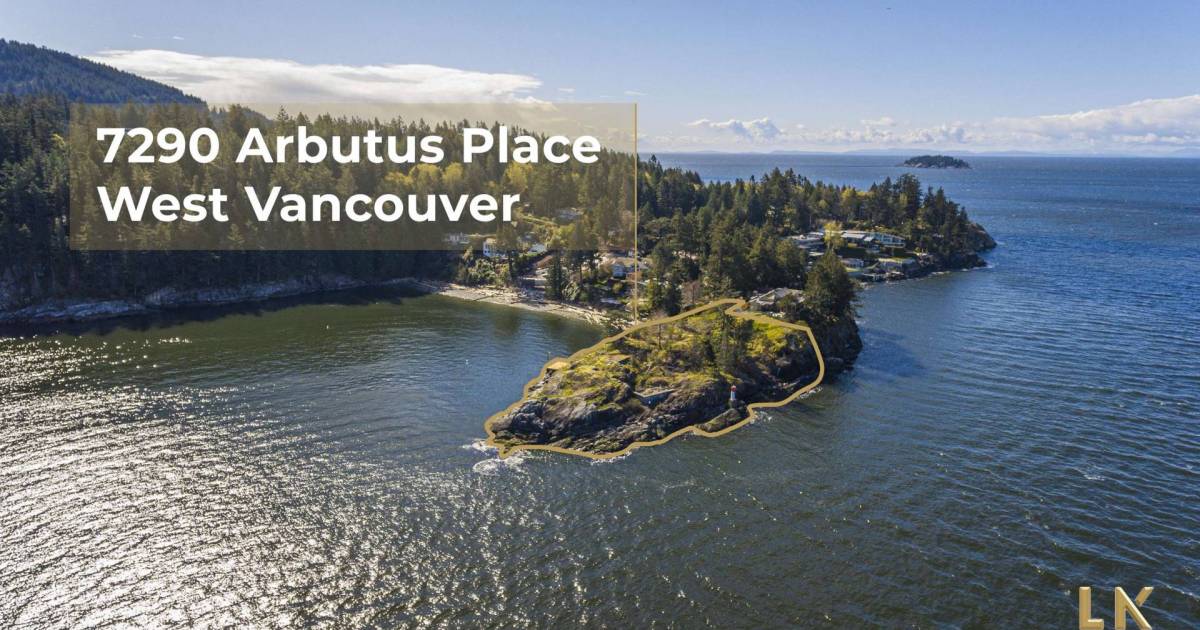 A waterfront property associated with the late renowned architect Geoffrey Massey is back on the market.

Following previous failed attempts to sell the vacant land in West Vancouver, 7290 Arbutus Place has gone up for sale for $18 million.

When Massey died in 2020 at the age of 96, the university honored him.

“Among the giants of West Coast modernism, Massey and Arthur Erickson’s visionary design for the Burnaby campus shaped SFU’s educational philosophy by tearing down walls between faculties, breaking down silos, and creating common spaces where disciplines merge and ideas flourish,” university president Joy Johnson said in a community advisory.

SFU recalled that Massey and Erickson had submitted the winning design for a new university in 1963, which was “astonishingly futuristic”.

Eight years earlier, in 1955, the two architects designed a house on a rocky outcrop for artist Ruth Killam.

It was 7290 Arbutus Place, and the residence became known as Killam-Massey House.

the arthurickson.com site dedicated to the former architectural partner of Massey presents the history of the house on the North Shore.

“The house was originally designed for a single artist and consisted of the kitchen, living room, master bedroom, guest bedroom, bathroom and studio,” the site says.

“Following the construction of the house, the architect Geoffrey Massey married the artist and over the years, due to four children, considerable additional space was required. This was a playroom and laundry room to the east of the living room, and three bedrooms and a bathroom were added to the northeast corner.

“Furthermore,” the account continues, “a greenhouse was built at the north end, outside the kitchen.”

the Canadian architect magazine reports that Massey was elected as a Vancouver alderman in 1972.

He held the position for two years.

“During this period he was instrumental in the selection of the winning design for the Granville Island rehabilitation, by Norm Hotson and Joost Bakker, who entered with the support of their employer, partner Richard Rabnett of Thompson, Berwick and Pratt, ”recalls the magazine.

Additionally, “Massey was also a supporter of Art Phillips, who served as mayor of Vancouver from 1973 to 1977.”

The magazine goes on to explain that “Phillips championed livability and inclusiveness, and under his leadership Vancouver’s urban planning came to respond to environmental and quality of life concerns.”

the Vancouver Sun. reported that Massey sold his Whytecliff neighborhood residence around 1988.

In the report, writer John Mackie recounted that the house was a “stunning modern structure with a glass pyramid above the central living room”.

As for Massey’s legacy in Vancouver politics, Mackie said that with Phillips and the mayor’s TEAM party in 1972, he was “part of a political movement that ended the freeways and redeveloped the south side of False Creek from industrial to residential”.

The house has already disappeared from the half-hectare lot in West Vancouver.

The listing notes that among those remaining in the property is the “original foundation of a home.”

The seller’s agent also said the 63,000-square-foot “luxury estate” features over 700 feet of waterfront with “absolute privacy,” plus a private dock.

It is a “time capsule” in Massey’s “most impactful house project of the 1950s”.

According to real estate site Zealty.ca tracking, the property listed three times between 2012 and 2019, without finding a buyer.

Weder wrote in the North Shore News that Massey and Killam’s former home was later converted by a new owner into an aviary, “damaging it considerably”.

“But it lives on in the photographs – an inspiration, I’d like to think, for future generations who will call this place home,” Weder wrote.