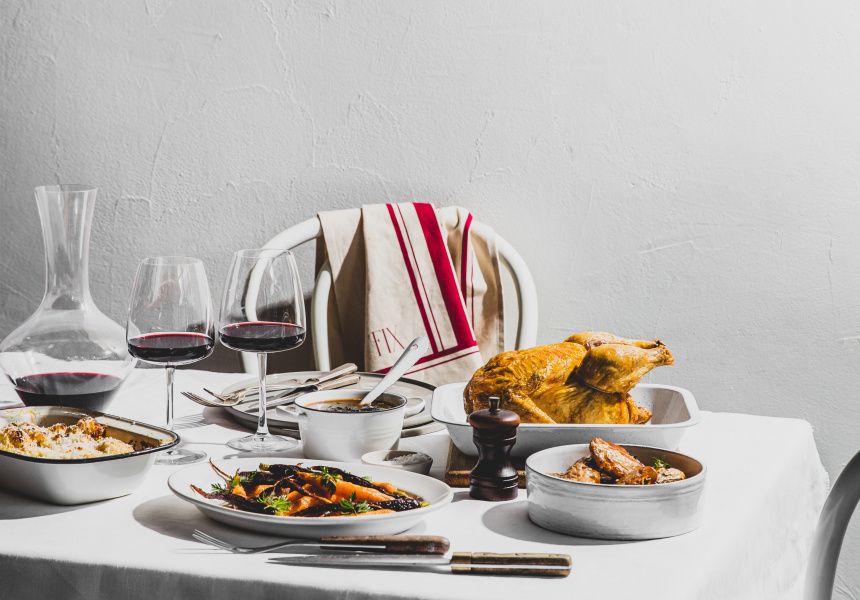 The Fink Group – which owns and operates Sydney Quay’s leading restaurants, Firedoor, Bennelong and Otto – has teamed up with David Allison, founder and CEO of Stix, one of the country’s top caterers, which also runs a popular cafe in Marrickville and has a regenerative restaurant. farm in Hawkesbury.

Between them, they will evolve Stix and its different versions. Stix Marrickville will finally reopen for the first time in many months on June 29, with a second cafe opening in Hunters Hill later this year. Produce grown at Stix Farm will be used at the Fink and Stix locations, and they will also hold events in a chic new space on the property. For years, Stix created Qantas’ first business class dining with Neil Perry, and that dining experience will prove advantageous in a joint event branch; you can enjoy Firedoor at the venue of your choice or have Peter Gilmore of Quay prepare your wedding.

The announcement of the new Fix home dining experience is particularly exciting. A handful of the country’s top chefs – including Gilmore, Lennox Hastie of Firedoor, former chef Paul Carmichael of Momofuku Seiobo and chef and cookbook author Analiese Gregory (ex-Bar Brosé) – will create meals to enjoy at home, using quality products. Brian Murray, former head chef of Quay and Bennelong, will lead the cafes, events and catering, and Fix arm.