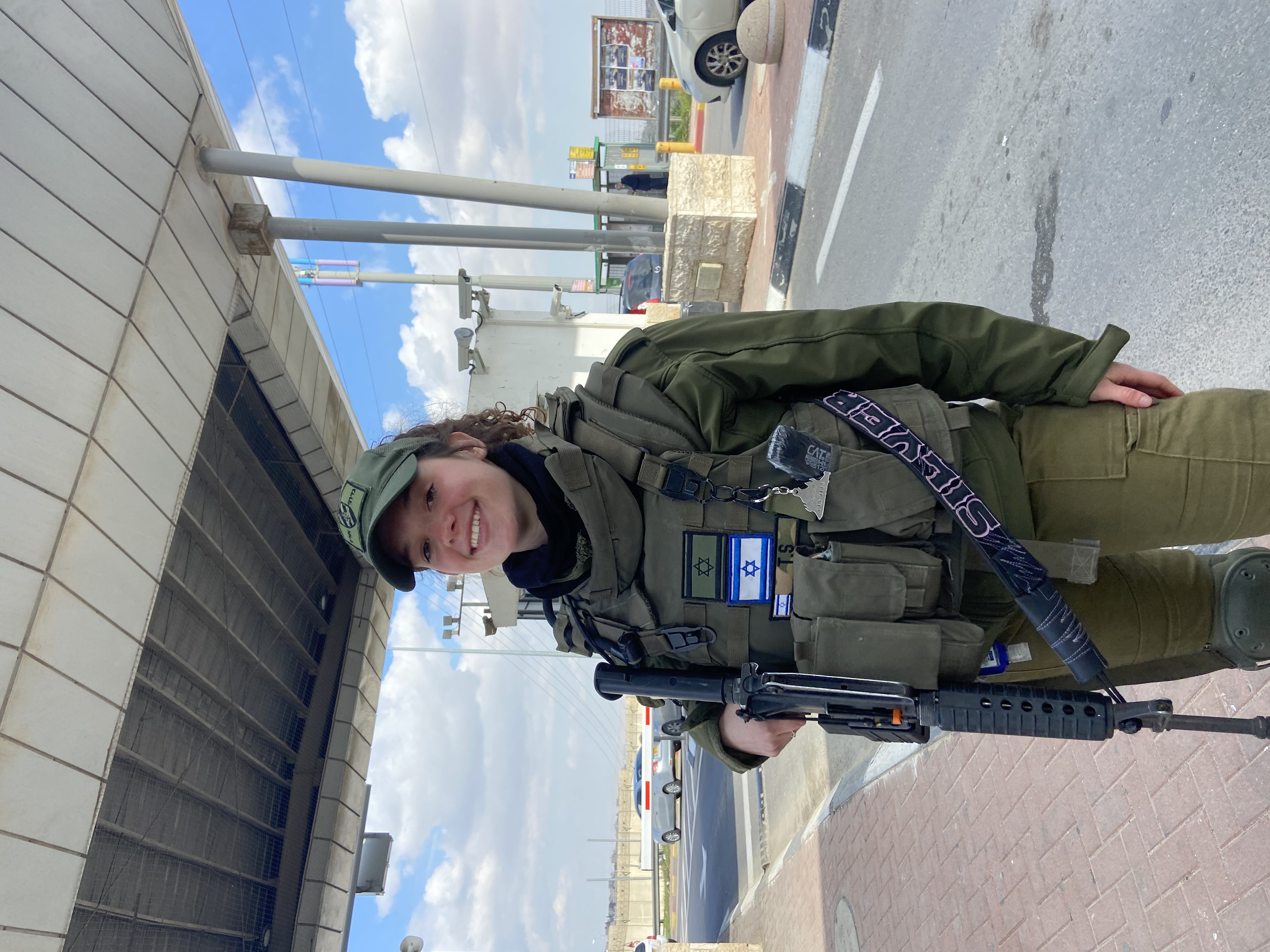 Temima Silver grew up in a predominantly Jewish environment in Ottawa, but when she entered public high school, she realized that anti-Semitism was not as far away as she thought.

This experience was one of the reasons that led her to enlist as a lone soldier in the Israel Defense Forces (IDF), where she has worked for more than a year.

“The idea of ​​enlisting came to mind when an Israeli friend at the time mentioned he was going to enlist after high school,” said Silver, who is 20. “Initially I was enrolled in college, but once COVID hit it made me take a step back from my life and realize what I wanted my future to look like.”

Silver realized that if she didn’t enlist then, she never would.

When she went to Israel she said it was a “shock” – with little command of Hebrew and almost no experience in the country, Silver said there were “lots of tears”.

“I cried a lot,” she said. “But I made some of the most amazing friends and had experiences that I couldn’t have anywhere else. I will always be grateful for that.

National military service is compulsory for all Israeli citizens over the age of 18. A “lone soldier” is an IDF soldier with no family in Israel to support him. There are over 7,000 lone soldiers currently serving in the IDF. About 45 percent of those soldiers are new immigrants, from Jewish communities around the world — like Silver.

Silver is currently a checkpoint soldier, which means she stands at checkpoints in the West Bank, such as near Ramallah, and makes sure anyone entering the country is cleared to do so.

Unlike Israeli soldiers who may return home on weekends, lone soldiers often have no support systems in place.

“I’m not normally a sick person at home, but the culture shock makes it really hard not to be,” Silver said. “I’ve had a lot of support since I’ve been here.”

Silver previously lived with an Israeli host family, but currently lives with other lone soldiers in a shared apartment.

“Nefesh Bnefesh for Lone Soldiers has been great with financial support and events, but I’ve also received lots of kindness from random people on Facebook who donate things like beds and sofas,” Silver said. Old friends in Israel also helped her open a bank account and go through the army medical process.

“Being one of five kids, I log in from time to time through a big family group chat,” Silver said. “Fortunately, I was able to visit Ottawa for a month, after a year of service, but otherwise I surrounded myself with friends who are also lone soldiers to express our mutual feelings of culture shock and homelessness. .”

Silver said she is still processing her experiences as a lone soldier and how they will affect her view of the world.

Silver still has six months left to complete his term as a soldier, but plans to stay longer. She encourages others to take the leap to enlist as well.

“You are in one of the most difficult and craziest times of your life,” she said. “But at the end of the day, when you look back on the experience you had, you’ll be amazed at what you were able to do.