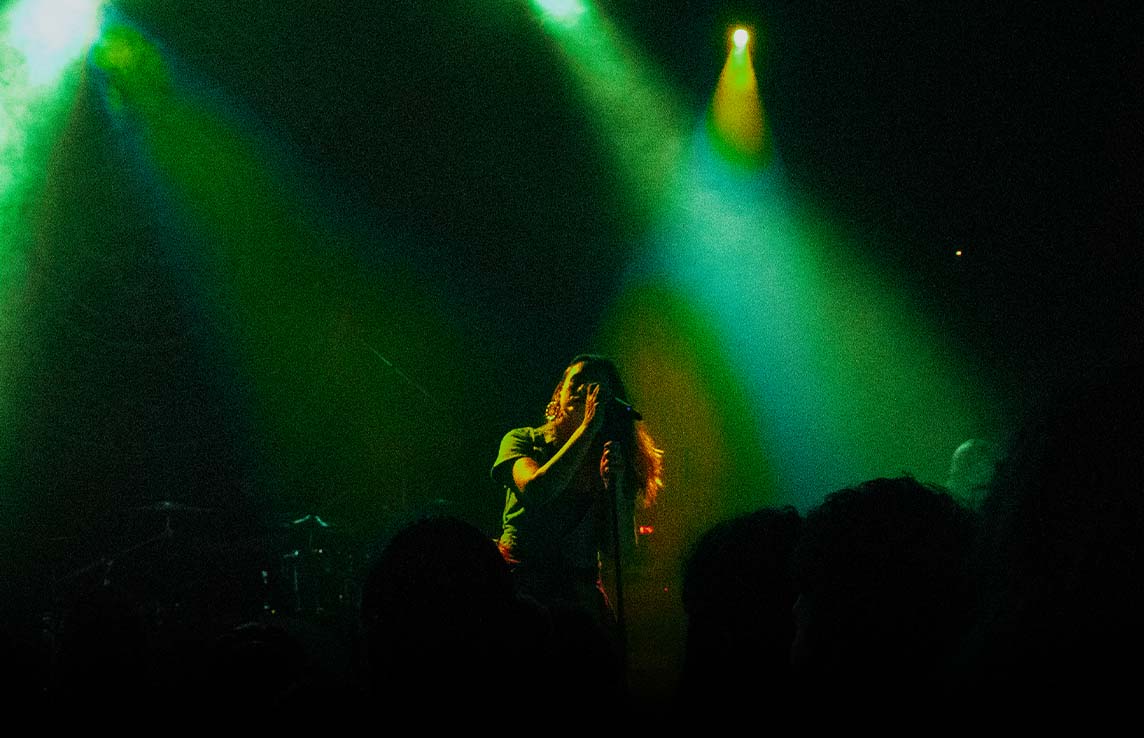 Australia, a country known for its gold, iron ore and lead, got a taste of New Zealand raw metal at Manning Bar last week. Headliner Devilskin, with support from Shepherds Reign and These Four Walls, gave full force to their unique blend of rock and metal on their first international show since the shutdowns in early 2020.

With a beer in hand, sweat in my eyes, and nowhere near enough facial hair to fit in, I entered the noisy room that shared an atmosphere similar to a WWE cage match. The lights go out as my ears brace for the damage they are about to endure.

These four walls, the opening act, ignite a trail of gunpowder that leads throughout the night to a distant powder keg. You could see the flame creeping through the damp air as the band’s mix of original songs and rock classics brought the eager crowd closer to the stage. It’s time to fill my cup.

As the lady at the merchandising table lies down to rest her old bones during sets (what evil bastard put her in that position, I wonder?), out comes Polynesian powerhouse Shepherds Reign who refuses to play any which doesn’t break your head against your skull. Heavy and deep riffs, an intense stage presence and the sign of the brass. Gunpowder approaches the powder keg.

I hear Devilskin take the stage while I’m in the bathroom, where a broken hand dryer keeps rattling and rattling and rattling – there’s no escaping the noise tonight. I emerge into the enormous black pit of the frantic guitar that is Nail and the suffocating voice of Jennie Skulander piercing all the eardrums present. The lights vibrate with the beat of bassist Paul Martin and the constant crash of Nic Martin’s drums. The barrel is about to explode.

But first, another stop at the bar. The speakers exacerbate my confusion and I’m reduced to a caveman pointing at his drink of choice. Somewhere in the hollowed-out section of my skull where my brain was peacefully floating in thought the night before, you can hear the distant echo of double kicks ring out.

I return to take my place among the crowd. Headbanging cavalry battling the endless onslaught of decibels. The red lights of the underworld shine on the fiery band. The railing between the stage and the crowd sways louder than the music. The gunpowder snaking between mic stands, stands, instruments, speakers, security and bartenders is coming to an end. Years of pent up pure metal explode into an unholy trinity: Devilskin, Shepherds Reign and These Four Walls.

Devilskin will be touring Australia throughout this year alongside Shepherds Priest. For more information on their tour, check out their official website.