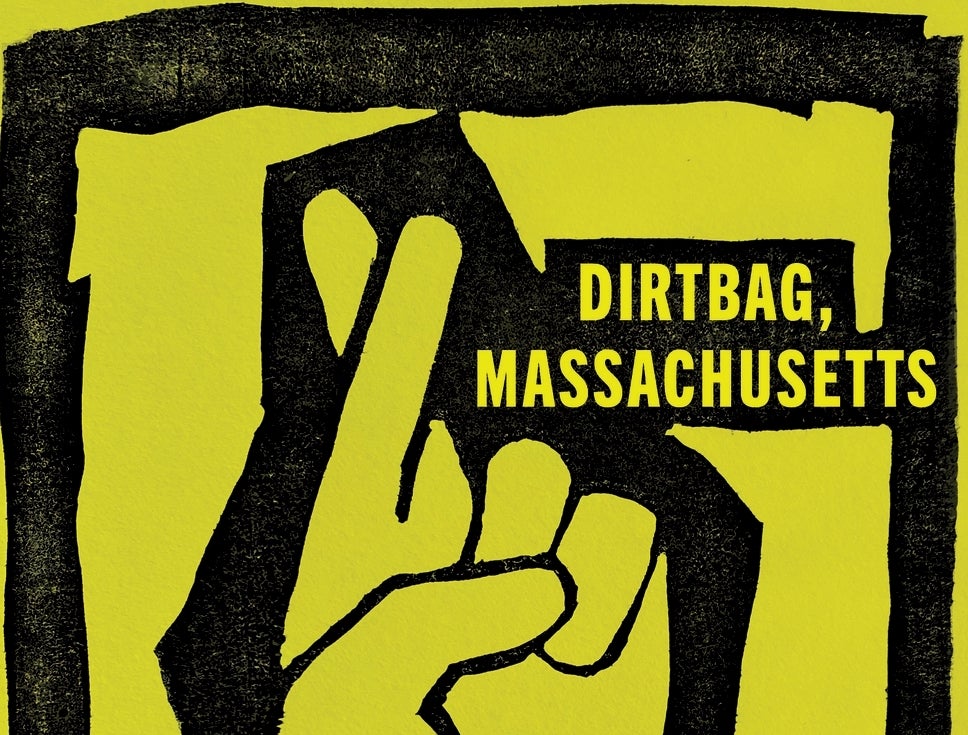 One of the most acclaimed books of the year was released in July, and it’s one that will be of great interest to Boston.com readers. So we’re especially thrilled that it’s our August pick for the Boston.com Book Club.

“Dirtbag, Massachusetts”, by Isaac Fitzgerald, is a memoir described as “denominational”, and it is not a marketing gimmick. Fitzgerald, who grew up in Massachusetts, confesses to a myriad of wrongdoings, family dramas and things that could be charitably described as “learning experiences” that 99% of people would never privately admit to, let alone in public in a book widely available for purchase. .

Fitzgerald is a frequent guest on “The Today Show,” the founding publisher of BuzzFeed Books, author of three previous books – including the bestselling children’s book “How To Be a Pirate” – and also writes the newsletter ” Walk It Off”, where he interviews people he knows while walking with them. Think “comedians in the car having coffee,” but with fewer rich and famous people and, you know, no cars. Oh, also, once a king gave him a sword. Simply put, Fitzgerald is an extremely eclectic person whose magnetism shines through in these memoirs.

The book covers the time Fitzgerald grew up in the Boston Catholic Church, where his mother worked for the disgraced Cardinal Bernard Law; the real fight club he and his friends formed after watching “Fight Club” when he lived in what he calls “North Central, Mass.”; and his experiences of jostling to follow the children of his private boarding school as a teenager.

While there are many interesting stories after he left the gravitational pull of Massachusetts, including San Francisco and later Burma, the focus of the book is Fitzgerald’s childhood in Massachusetts.

The book has found its name in bright lights ever since people first learned of it. Independent booksellers made it an Indie Next pick, it received a star-studded review from Publishers Weekly, a rave review from Michael Ian Black in The New York Timesand it’s been praised or landed on a “best” list in publications like Squire, TIME, rolling stone, Chicago Grandstand, Los Angeles Times, and here on Boston.com. This tsunami of great buzz met with immediate results when the book became an instant New York Times bestseller, landing at No. 2 on the adult nonfiction bestseller list.

Joining Isaac for our virtual event is legendary bookseller and director of Oblong Books in Rhinebeck, NY, Nicole Brinkley. One of the best and most outspoken leaders in the independent bookseller community, Brinkley helped lead the New England Independent Bookseller Association by serving on the association’s advisory board, and also served two years as president of the New England Children’s Bookseller’s Advisory Council. ). Describing himself as a “queer bookseller extraordinaire,” Brinkley was also named to The weekly publishers Star Watch, a very prestigious recognition for booksellers, and has written for publications like Tor.com, Book Riot and Weekly editorsamong others.

Currently, Brinkley hosts her own podcast, Misshelved, where she pairs authors and booksellers for fun conversations about books and life. She also has a newsletter, where she occasionally writes in-depth essays on the state of the publishing industry. She served on the Summer/Fall Indies Introduce panel this year and sits on the American Bookseller’s Association Advisory Board for General Booksellers. And it’s all on top of her exemplary work at Oblong Books, where she’s a source of book recommendation wisdom.

Oblong Books & Music is equally legendary in the world of independent bookstores. Oblong has two locations in the Hudson Valley, one in Rhinebeck and one in Millerton. They are co-owned by Suzanna Hermans and her father, Dick, who co-founded the store Millerton in 1975 and Rhinebeck in 2001. They were one of the shining beacons of independent light that guided India through the rise large surfaces. stores and Amazon, and they’re still alive and well.

In February 2011 USA today cover story that featured a photo of Suzanna and a full description of the store, a publishing consultant predicted the demise of independent bookstores, saying, “that shelf space devoted to print books in brick-and-mortar stores will shrink by 50% in over the next five years and 90% over the next decade. More than a decade later, we know the prediction turned out to be wildly inaccurate and stores like Oblong’s are a big reason why.

Join Isaac and Nicole on Monday, August 22 at 6 p.m. to discuss these impressive memoirs.