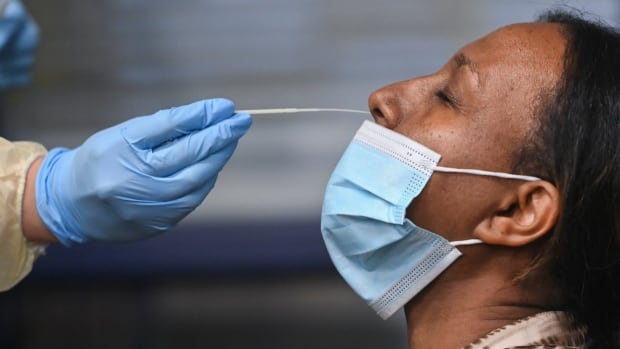 COVID-19 cases continue to rise across Ontario, with most metrics showing week-to-week increases since the declaration of the seventh wave of the pandemic on June 19.

Last week, the province reported 985 hospitalizations, including 118 in intensive care. Of these intensive care patients, 48 ​​required the use of a ventilator to breathe.

Thirty-nine people died last week from the novel coronavirus. An average of 29 to 35 weekly deaths have been reported over the past three weeks.

Testing, contact tracing and outbreak management have been limited to high-risk populations since January. While these are confirmed numbers, the number of cases in the province is likely much higher due to limited testing.

“The numbers in this report are an underestimate of the extent of COVID-19 activity in Ontario,” the OPH report said.

The latest report focuses on the week of July 3-9 compared to the previous week of June 26-July 2. The comparison shows an increase in almost all measures.

Weekly cases among people eligible for testing have increased by around 30%.

People 80 and older have higher rates of hospitalizations and deaths compared to other age groups. Outbreaks in high-risk settings, including long-term care homes and congregate care, have increased by 87% this week.

The province reported 42 outbreaks in long-term care facilities last week, up 110% from the 20 reported two weeks ago.

Moderna vaccines for younger children due late next week

Meanwhile, Ontario expects to receive supplies of COVID-19 vaccines for children aged six months to five years by “the end of next week.”

A spokesperson for Health Minister Sylvia Jones said the province expects the supply of the Moderna COVID-19 pediatric vaccine to come from the federal government by then now that the vaccine has been released. approved in Canada. The Ontario news follows a federal announcement that Health Canada has approved Moderna’s two-dose pediatric vaccine for young children.

The drug regulator says the vaccine can be given in doses up to a quarter of the size approved for adults, with an interval of about four weeks between injections.

Beginning at 8 a.m. Thursday, adults aged 18 to 59 who received their first booster at least five months prior could book their next vaccine through the province’s online portal. Appointments were also available at pharmacies, public health unit reservation systems and at walk-in clinics.

Chief Medical Officer Dr Kieran Moore said he expected the current wave of infections to peak in the next two weeks. Moore also announced the expanded eligibility on Wednesday, but flagged that young people who don’t have underlying health conditions may choose to wait until the fall, when vaccines specifically targeting the Omicron variant are hoped. will be available.

He added that Ontarians should talk to their healthcare provider about whether a fourth dose is right for them, and said people are recommended to wait at least three months after a COVID-19 infection to receive a booster shot.