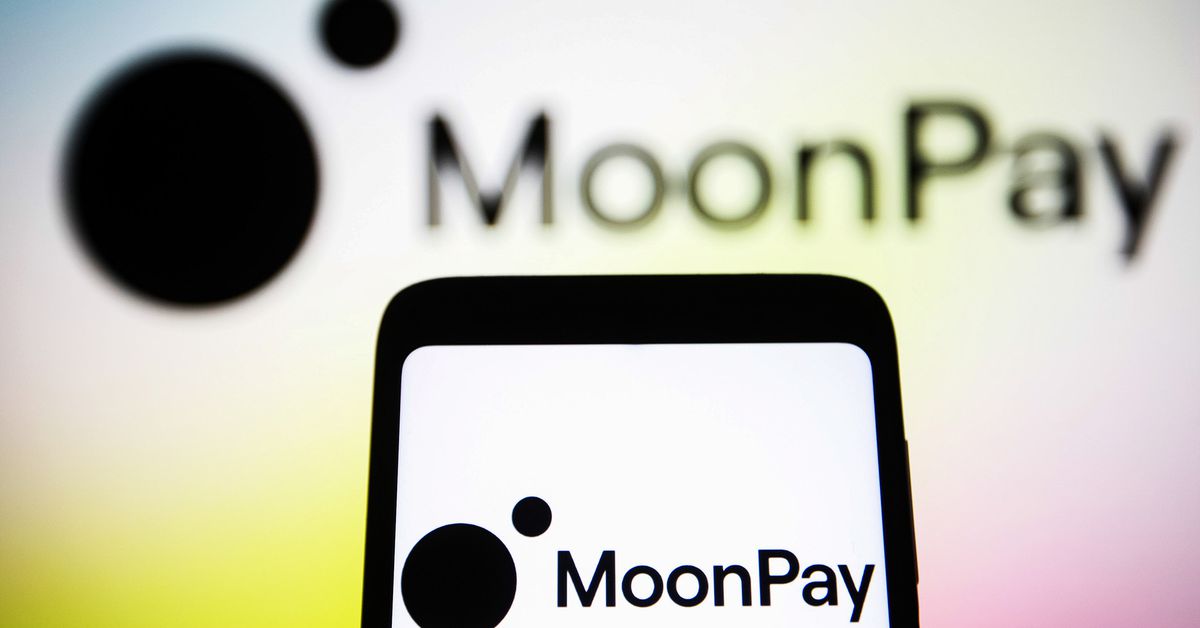 MoonPay, the company that lets consumers pay for digital assets with credit cards, has raised $86.7 million from a who’s who list of celebrities, including Justin Bieber, Jason Derulo, Bruce Willis, Paris Hilton, Gwyneth Paltrow, and Matthew McConaughey. The new round of investment is meant to help propel the company toward its goal of being the PayPal of cryptocurrency. The new investment brings MoonPay’s valuation to $3.4 billion, the company says.

“I realized that the creator economy was going to be a really important part of our business.”

MoonPay is probably best known for its concierge service. To put it simply: MoonPay streamlined the process of buying an NFT ape. Stars who want a Bored Ape Yacht Club NFT will often go to MoonPay — and then thank the company in their tweets afterward. (And it’s not just stars. Light Speed ​​Venture Partners is also a MoonPay client.) But the infrastructure service is also widely used: 10 million customers have processed almost $3 billion in transactions through MoonPay, the company says. It partners with exchanges such as Coinbase, FTX, and OpenSea, as well as wallets including MetaMask; the company says it works with more than 260 service providers.

PayPal became PayPal without much help from Hollywood, but then PayPal wasn’t building itself during a period of interest in NFTs. NFTs appeal to artists and musicians because they offer a way to create revenue streams through digital assets. So to MoonPay CEO Ivan Soto-Wright, it seemed natural to target VC firms that specialized in the creator economy when it was time to raise money. “I realized that the creator economy was going to be a really important part of our business, especially with NFTs,” Soto-Wright says.

The previous funding round, a $555 million Series A, brought in Thrive Capital, a firm founded by Josh Kushner, who happens to be both Jared Kushner’s brother and Karlie Kloss’ husband. Sound Ventures — founded by Ashton Kutcher and Guy “Madonna’s manager” Oseary — joined this latest round. So did Kinship Ventures, which brought Questlove, Mindy Kaling, and Zoe Saldaña with them. CAA’s Connect Ventures, a partnership with New Enterprise Associates, joined too.

Thanks so much Ivan for helping me navigate my first purchase! @moonpay

These investors brought networks full of celebrities to Soto-Wright. At first, they asked him questions about the basics: what Web3 was, what NFTs were, how to set up wallets. Soto-Wright walked them through setting up wallets, writing down seed sentences, and connecting them to OpenSea.

MoonPay made it easy for celebrities to buy their apes

Soto-Wright’s famous friends helped popularize the company, but that’s not the only reason they’re involved. A number of these household names, including Paltrow, Hilton, Snoop Dogg, Post Malone, and Lil Baby, have used MoonPay to buy Bored Ape Yacht Club NFTs before their investment in MoonPay itself. Because BAYC owners own the intellectual property associated with their ape, that project was especially popular with celebrities. (Those IP rights are also why BAYC weed exists.)

MoonPay made it easy for celebrities to buy their apes. Because apes can be expensive, buying up enough Ethereum to make a purchase isn’t a trivial process, Soto-Wright says. So MoonPay goes through the process of buying the crypto needed for the NFT and acquiring the digital asset, then invoices the customer. (This usually involves a wire transfer rather than a credit card since it’s much more money.) “We’ve tried to make it as similar as a process as you would be interacting with your private bank,” he says. “You basically generate an invoice, you wire money for that invoice, and then we settle the transaction.”

In that process, the client names a budget. MoonPay uses benchmarks such as rarity tools to help calculate how much an asset might be worth. But sometimes celebrities just buy things because they like them and pay what they think is appropriate, which might be more than the asking price.

The Web3 world is essentially about monetizing fandom. In some ways, it makes sense that actors and musicians — people who make money through IP — would become Web3 adopters. But the market for NFTs has slid since January, according to data from NonFungible. After all, as with colonics and the Goop jade egg, just because something is popular with celebrities doesn’t mean it’s here to stay.