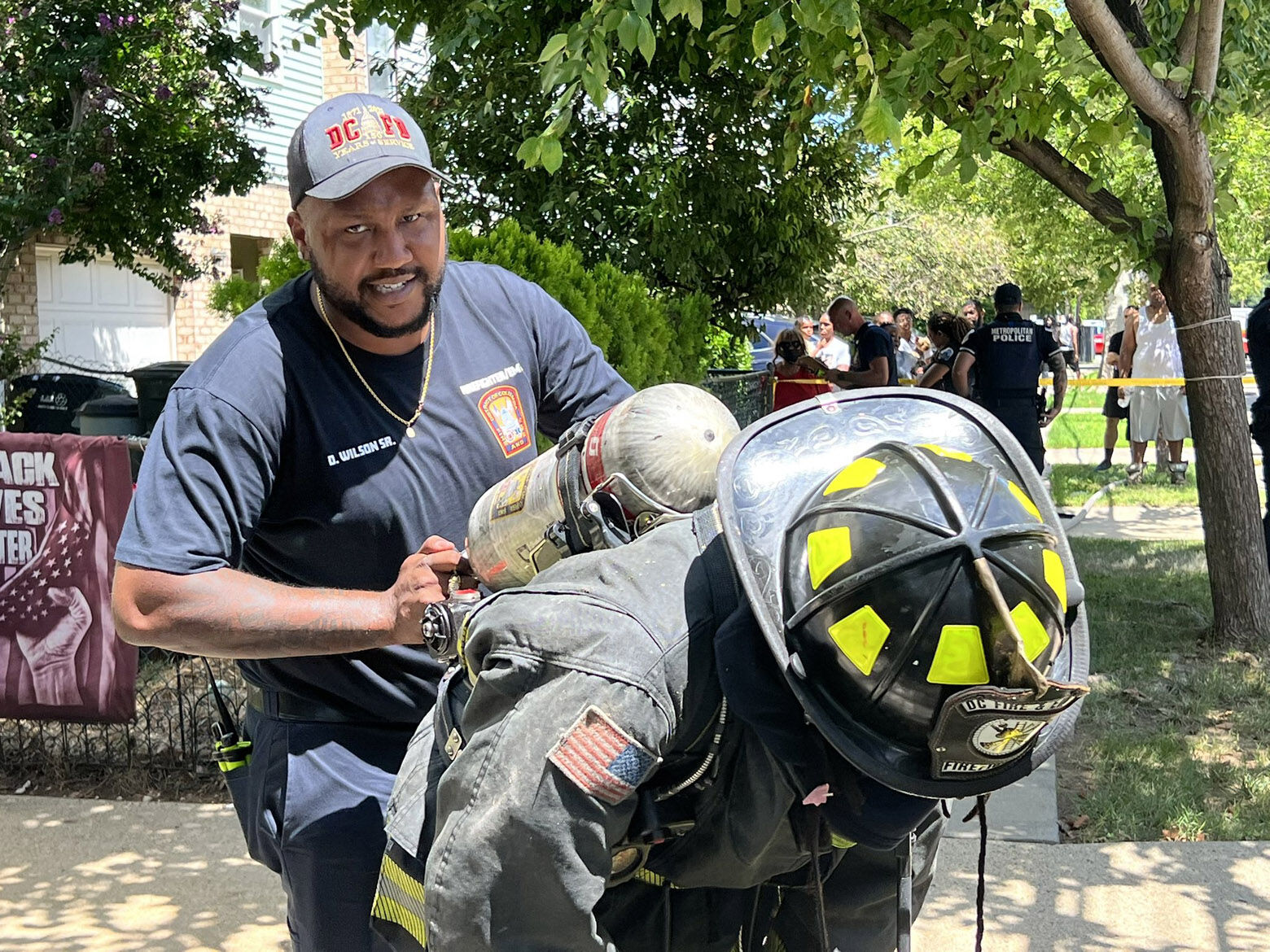 District firefighters put out a duplex fire in the Southeast on Sunday afternoon that sent a teenage boy and a firefighter to the hospital. The teenager is in critical condition.

District firefighters put out a duplex fire in the Southeast on Sunday afternoon that sent a teenage boy and a firefighter to the hospital. The teenager is in critical condition.

Around 2 p.m., DC Fire and EMS responded to reports of a fire at a three-story duplex located at 722 Mississippi Ave SE near Oxon Run Park.

Upon arrival, they identified heavy fire on three sides of the building and were informed that a teenager was still trapped in the structure, Battalion Fire Chief James Gordon said in a video update posted to Twitter.

After firefighters extinguished the fire from parts of the building, they were able to evacuate the teenager from the second floor. EMS crews waiting outside took lifesaving action before he was taken to hospital in critical condition, Gordon said.

Brief video showing the state of the fire from the front door of the work fire on the 700 block of Mississippi Ave SE… pic.twitter.com/tfjmAoMy7S

No update on the teenager’s current condition. A firefighter was also taken to hospital with a minor injury.

Three people, including the injured teenager, were displaced by the fire. Investigators are currently investigating the cause and origin of the fire, according to Gordon.