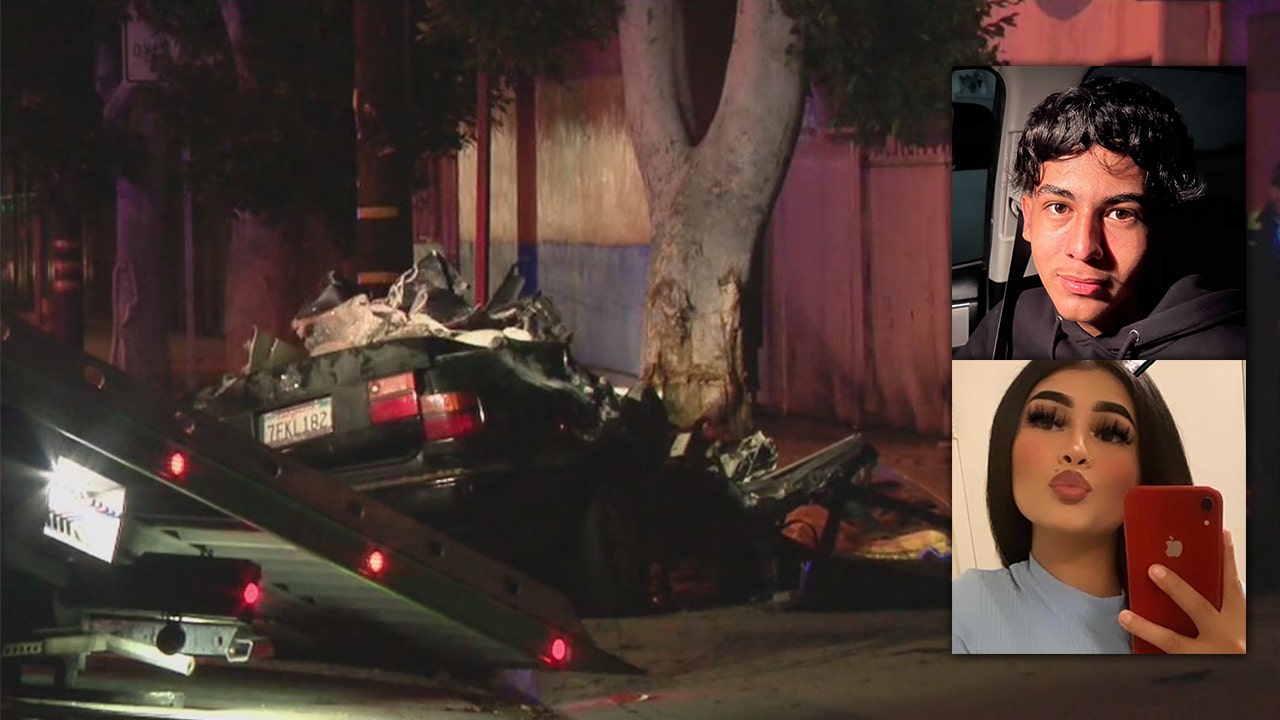 Three young adults were killed after their car crashed into a tree and caught fire in East LA.

The California Highway Patrol said the driver of a black sedan was traveling eastbound on Olympic Boulevard when it veered onto a sidewalk near South Herbert Avenue. After veering onto the sidewalk, the vehicle crashed into a tree around 12:30 am Friday.

The car immediately caught fire upon impact. CHP said the driver of a big rig was one of the first people at the scene and attempted to knock down the flames with a fire extinguisher before first responders arrived.

Firefighters attempted to pull the victims from the wreckage. However, they were pronounced dead at the scene by fire officials.

Two of the deceased were identified by family members as Jahmai Flores, 18, and Abigail Flores, 19. The third victim was only identified as 21-year-old Julian.

Two of the three people killed in a fiery crash in East Los Angeles were identified by family members as Jahmai Flores and Abigail Flores. (Photo: Provided) (FOX11)

“Good kids, they were always there with a great sense of humor, always looking around, talking to everybody. When it comes to making mistake, what kid doesn’t make mistakes,” Silvia Flores said about her nephew and niece.

Both were studying to get their GED and Abigail was the mother of two. Her oldest is 3-years-old and her youngest is one.

Officials believe speed was a factor in the crash.

Get your top stories delivered daily! Sign up for FOX 11’s Fast 5 newsletter. And, get breaking news alerts in the FOX 11 News app. Download for iOS or Android.

The circumstances of the crash remained under investigation, and anyone with information was urged to call the CHP at 323-980-4600.

Tune in to FOX 11 Los Angeles for the latest Southern California news.