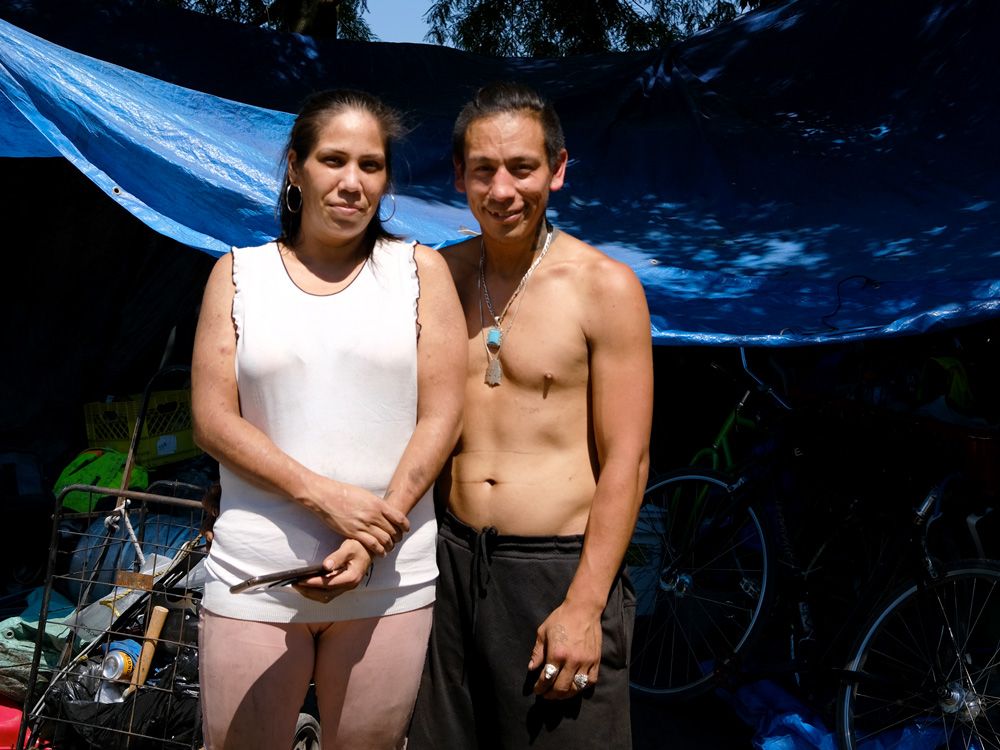 Standing behind a fence atop the southwest hill overlooking CRAB Park, park resident hl’uunguuly’aq laa’ygaa Amos noted how cooler it was under the trees compared to standing among the dozens of tents in the park. – shaded northwest corner.

“There you don’t get the breeze,” he said.

The Vancouver Park Board blocked access to shaded areas of the park at CRAB Park in April. Authorities have since refused to remove fencing to allow access to the largest block of trees in the park, despite last week’s daytime temperatures of 30-35C.

A significant section in the southwest corner of CRAB Park – much of the shaded, wooded area of ​​the park – has been fenced off since the spring. The park council blocked off the area to regrow grass and other vegetation that had been reduced to mud after the area became the site of a tent city earlier in the year.

On April 7, the council issued a notice that people camping in the park should move to the northwest corner of the park, a small peninsula jutting into Vancouver Harbour, with a fraction of the shade offered on the southwest hill.

It was the fourth time in a year that park residents had been forced to relocate, according to Fiona York, a lawyer for the CRAB park tempters.

Last week’s heat alerts from Environment Canada said “the risks are greatest for young children, pregnant women, the elderly, people with chronic illnesses and people working or not working outdoors. “.

About 75 people live in the tent city of CRAB Park, including elderly people and many with chronic health conditions, according to York.

“We understand that there is a need for shade in hot weather, and there is shade under the sheltered area,” Darren Peterson, park operations manager at the City of Vancouver, wrote in an email. beginning of July.

The “sheltered area”, a gazebo located on the west side of the park, is approximately 30 square meters. When Postmedia visited the park on an early Saturday afternoon, the gazebo offered very little shade from the sun. This was far from enough to protect everyone in the tent city.

“UBCIC is outraged by the actions taken by the Vancouver Park Board to fence shaded areas in CRAB Park during the latest heat wave,” wrote Chief Don Tom, Vice President of the Union of Indian Chiefs. of British Columbia, in a press release.

Tom’s statement said UBCIC “demands that the Parks Board and the City of Vancouver respect the dignity and human rights of homeless people.”

In an emailed statement Tuesday, the park’s board said staff were not aware of any heat-related incidents in the park and that rangers and outreach staff regularly conduct wellness checks.

The statement said an area of ​​the CRAB park was closed for remediation “due to found items embedded in the ground.”

“Although this area provides some shade, there are other areas of the park that also provide shade.”

The park board also noted that a fogger and drinking water are also available on site.

“We never had any problems with them,” Amos said. “If there is any concern, we just tell them and they help us. But he said the community was suffering from the intense heat, despite a misting station and other amenities provided by the parks board.

“We asked to go back up there, under the trees, because of the heat and there is no shade,” he said.

The tent city of CRAB Park turned one year old in May. It is the first legally designated outdoor shelter space in the country, according to York.