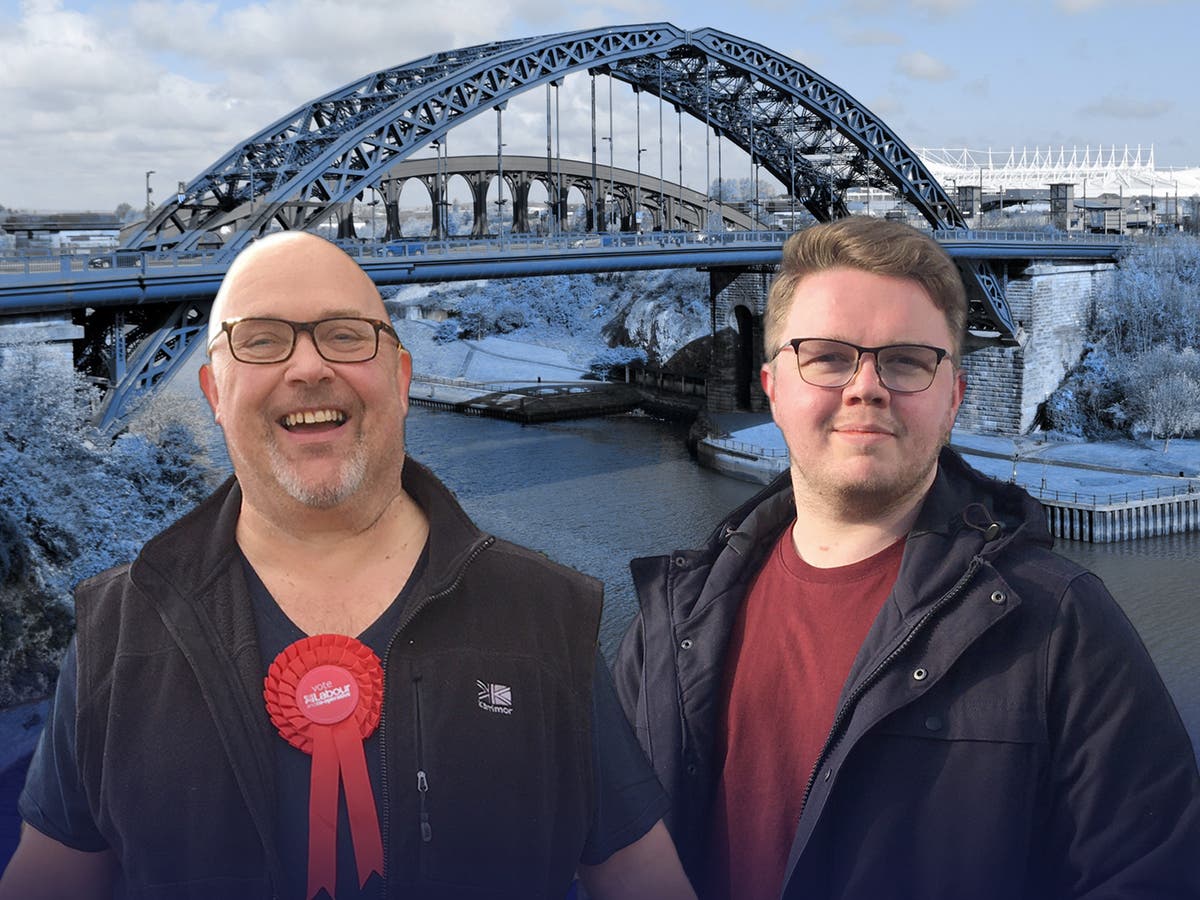 It’s a sunny April afternoon in Sunderland and Graeme Miller – the City Council’s Labor leader – is hobbling with a pot on his leg.

A foot infection gone bad meant the 59-year-old spent the last week knocking on doors ahead of the local elections in May while in plaster.

“People keep asking me what happened and telling me I should be home resting,” he says. “I tell them I have a vote to win.”

Miller considers the potential electoral implications. “I think that might have earned me a sympathy vote or two,” he decides.

He may need it.

Sunderland has been a solid Labor redoubt since the council was established in 1974. In nearly half a century since, there have been only three years where the party has failed to hold more than 50 of the 75 available seats. Throughout the 1990s and early 2000s, they had over 60. That’s as red as Red Wall gets.

Yet, as Election Day approaches, there are growing suggestions that the Conservatives – Partygate or no Partygate – could do what was once unthinkable and take control here.

The Conservatives currently hold an almost unprecedented 19 seats after big gains last year. If they – or any other party – could win just six of Labour’s current 43 seats on May 5, it would wipe out the Red majority and leave the two groups jostling to create a ruling coalition.

For Miller, such a result would mean the end of four years at the helm of the Northeast city. For the Labor Party more broadly, this would inevitably raise questions about whether the party could win a future general election and how far it has fared under Sir Keir Starmer’s two-year term.

“We have to be very careful in extrapolating national findings from local council elections,” says Matthew Flinders, professor of politics at the University of Sheffield. “But if Sunderland were to fall out of Labor control – especially given the current political climate – I think we could call that catastrophic for the party.”

On a hot Thursday afternoon canvassing in his own Washington South neighborhood, Miller – who is himself a candidate for re-election – remains convinced that such a doomsday outcome will not happen.

“I keep reading the Tories saying they’re going [take control]“says the former director general of the charity. “I don’t know where they get their information from, but those aren’t the doors I knock on. You don’t take anything for granted but I’ll say this: what’s going on [in Westminster] does our job for us. There is a hidden anger there.

This, then, is Partygate – and it’s worth tackling.

Admittedly, there seems to be some fury – although by no means complete – that Boris Johnson broke coronavirus lockdown laws to attend a series of illegal parties in Downing Street. Doorstep voter Phil Cave, 66, tells Miller there’s one main reason he wouldn’t vote Conservative. “I’ll give you a hint what it’s all about,” says the retired engineer. “He has blond hair and a police fine.”

Yet how much of that anger will fuel the May 5 result is a disputed point.

“Inevitably,” says Dr Antony Mullen, the 30-year-old leader of the Tory group from Sunderland, partygate will cost his group a few votes here. He himself has repeatedly called on Mr Johnson to resign over the scandal.

But he is adamant that voters here know a council election is not a referendum on the prime minister’s conduct. Local issues, he says, will decide the day.

He draws attention to a request to build a KFC in his own neighborhood of Barnes which, at the time of writing, has not made national headlines. “People here are absolutely appalled,” he says. ” Much more [than Partygate]. And it may not make for an easy national narrative, but it will have a far greater impact on how people vote than how Boris Johnson behaves. »

Relevant, he said, internal party polls have shown that voters are leaning towards blue: They want a greater diversity of opinion on the council. “They don’t just want a red block anymore,” he says.

If that’s true – and there’s evidence on the doorstep to suggest it – then, without a doubt, it adds to the idea that Sunderland could be at the political mercy.

It is a city that has seen a lot of progress in recent times. Professor Lawrence Bellamy, dean of the University of Sunderland’s Faculty of Business, Law and Tourism, said it was going through its ‘most sustained period of development in decades’.

Nissan has announced plans for a new £1billion electric vehicle center here, while new hotels and cultural spaces – including a concert hall in a former fire station – have all sprung up. Last month the council officially opened a new £42million town hall on a former brewery site that had stood empty for 20 years.

Yet despite such green sprouts, it’s also a city that’s among the bottom 20% in the country and ultimately seems to increasingly feel that the Labor monopoly may have not always well served. A joke has been around that it’s fitting that the new town hall is on the site of a brewery because at least the town councilors couldn’t organize a… well, yes, you get the point .

Miller himself is the first to acknowledge these criticisms. “We took Sunderland for granted for 30 years,” he said. “We didn’t do enough with the power we had…well, that’s in the past. I spent four years rebuilding trust.

Perhaps due to the proximity of the race, this year’s campaign has been vicious and, at times, not entirely clean.

Mullen is not above getting personal. He describes Miller as having a “smile like a Cheshire cat” and has previously suggested some Labor councilors look “retirement ready”. He apparently has no problem taking advantage of the fact that two Labor members have been convicted of child sex offenses in the last three years.

Yet Labour, for its part, published leaflets containing verifiable lies. One suggested that Mullen – who, like Miller, is also a candidate for re-election – lived and worked in Bolton. It does neither. He lives, works and, for good measure, was raised in his own neighborhood of Barnes.

When Miller is asked about it, he ignores it. The party thought the leaflet was accurate when it published it, he said. A campaigning party member seems offended by the suggestion of wrongdoing. “They hurt just as badly,” she says of conservatives.

Now, with more than a week to go, the campaign – and the bashing – is only growing. Yet, in the end, it may be people like the smiley Diane Blanckley who will decide the outcome in May.

The retired teacher answers the door of the last house Miller knocks on in Washington. She’s a floaty voter who opted for Johnson in 2019 but has an instant smile for the council leader.

Twice in the last 10 years he has helped her with different issues – one with a scheduling conflict, the other with a school. She thanks him again, then – inevitably – asks about her potty. “Take care of yourself, my love,” she said.

Can I count on your vote, he asks. He certainly can, she replies. “For all you have done,” adds the 63-year-old.

It’s an answer that, in fact, can capture something important.

In Sunderland – and elsewhere too – old tribal loyalties are appearing to be less and less important in local elections. Of increasing importance, he said, is the quality of service that individual counselors provide to their communities; the help they provide to people in difficulty; of the pure hard graft they put in the role.

There may be, as Mullen says, no easy national narrative.

But it does suggest that whatever happens to Sunderland on May 5, this city may never again be a redoubt – or any other colour.