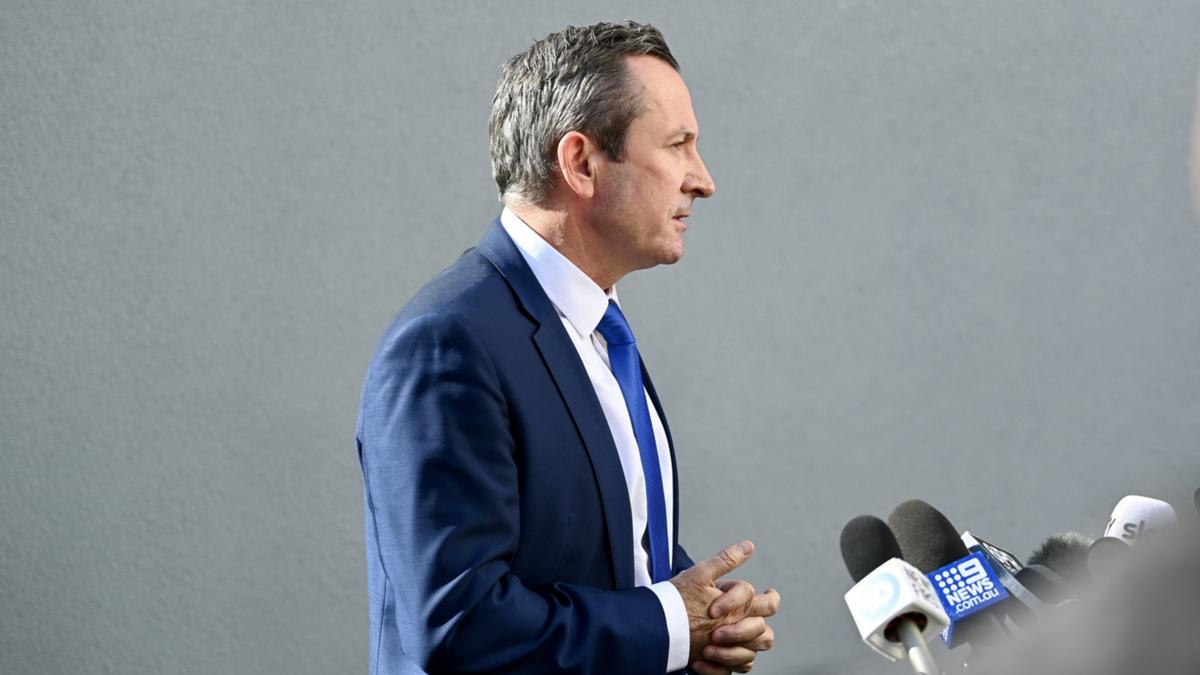 McGowan, in his capacity as treasurer, is expected to unveil another multibillion-dollar surplus fueled by mining when the budget is presented next Thursday.

Additional health funding is looming as a major focus amid a near-record ramp up of ambulances, hospital capacity issues and staffing shortages.

But with the cost of essential goods rising and the Reserve Bank of Australia’s exchange rate rising on Tuesday for the first time in more than a decade, Mr McGowan confirmed there will also be relief pockets.

“Obviously we have managed finances in a way that has generated surpluses and will continue to generate surpluses, the only Australian government to do so,” he told reporters.

“This gives us additional capacity to provide support to families across the state, as we have done in previous budgets.

“We’ll put it back when it’s due, but obviously the cost of living is one of our main targets.”

In 2020, the McGowan government used a pre-election pandemic budget to freeze fees and charges and provide households with a $600 electricity bill credit.

Last year’s budget kept household fees and charges below inflation, which rose by 7.6% in Perth over the past 12 months.

Rising costs prompted the Liberal and National Opposition to call on the government to freeze fees and charges again.

McGowan on Tuesday announced an additional investment of $223 million in health infrastructure, bringing total spending over the next four years to $1.6 billion.

The government has already promised to pour an additional $252 million into emergency services amid a steady increase in the ramp-up of ambulances, where patients face long waits to be handed over to hospitals by paramedics paramedics.

Mr McGowan described repairing the ambulance ramp as a top priority for his government.

He said a pledge from his federal Labor counterparts to provide bulk-billed urgent care clinics across Australia if elected on May 21 would go a long way to reducing the demand on emergency services.

“We have the lowest number of GPs per capita of any state in Australia, and that is beyond our control,” he said, adding that other states had more universities training students in medicine.

“And then we have hundreds of people occupying hospital beds who should be in aged care or should be in disabled care. All of these things add up.

Health Minister Amber-Jade Sanderson said the government was continuing a campaign to recruit hospital staff between states and overseas, with around 2,000 health workers currently on leave in WA after contracting COVID- 19.

She said the number of full-time equivalents had increased by 1,100 since January last year.