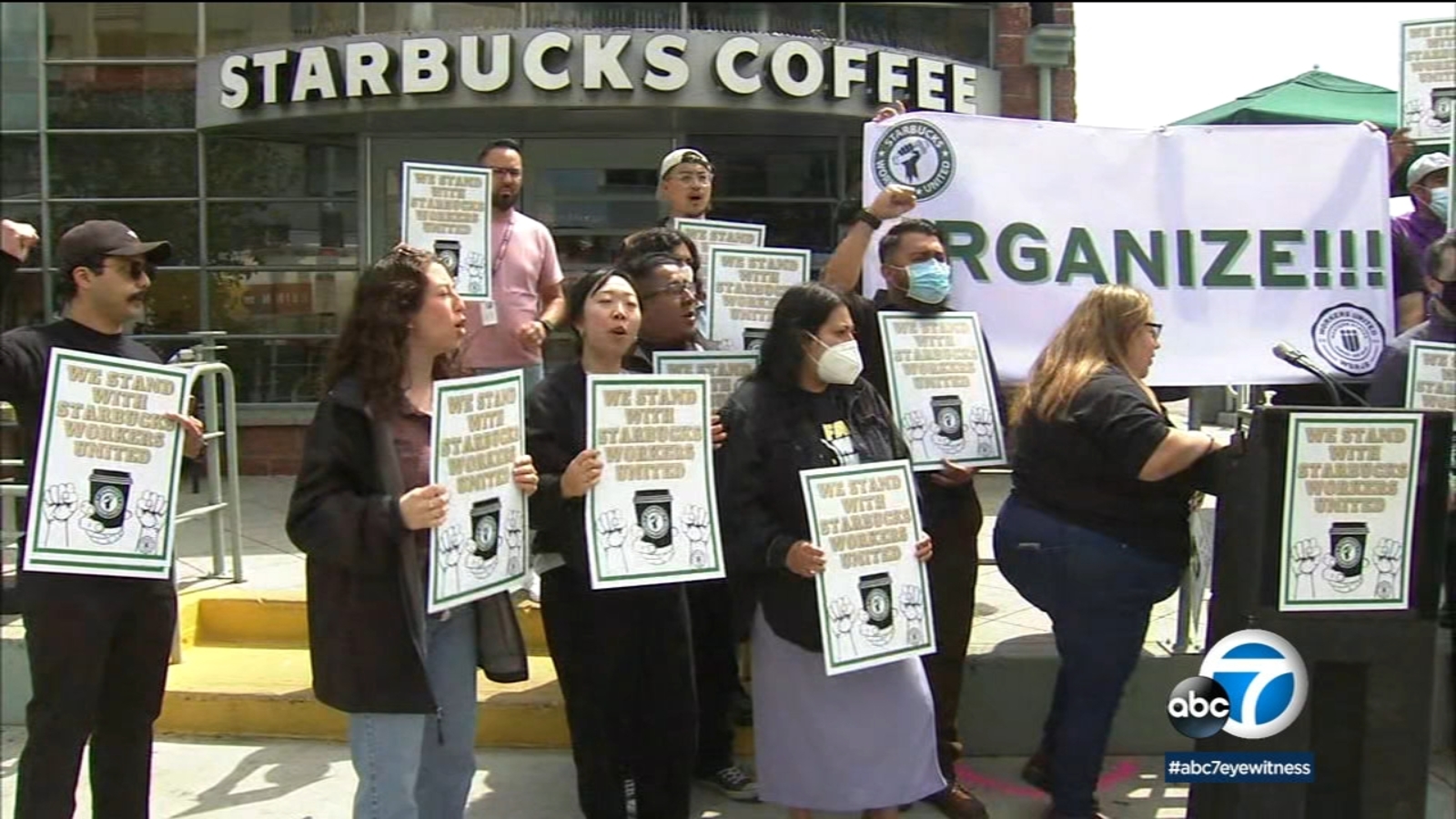 The coffee giant is seeing employees organize at its stores nationwide. Seventeen of the locations are in California, and the number continues to grow.

The LA County Federation of Labor and activists were on hand to show their support for the workers.

The organizing effort is a response to Starbucks’ layoffs, reduced hours and alleged harassment.

Starbucks’ sales hit record highs in its fiscal second quarter, but its profits were hit by rising labor costs.

And those costs are expected to rise even more in the coming months as Starbucks introduces new wage increases and other benefits to improve its employee experience and stave off a growing unionization drive.

The Seattle coffee company, which last month welcomed former CEO Howard Schultz as interim leader, said its revenue rose 15% to a record $7.6 billion during her 13-week term, which ended April 3. That’s in line with Wall Street estimates, according to analysts polled by FactSet.

But net profit rose only 2% to $674 million. Starbucks’ adjusted earnings of 59 cents per share were below analysts’ forecast of 60 cents.

Starbucks noted that it faced higher labor costs during the quarter. Last fall, the company announced a $1 billion investment in employee wages and benefits with the goal of raising wages for American workers to at least $15 an hour by this summer.

On Tuesday, after a series of meetings with workers across the country, Schultz unveiled $200 million in additional investments in worker compensation and training. This includes pay increases for employees who have been with the company for at least two years as well as a doubling of training time for new baristas and shift supervisors. Starbucks is also reintroducing a coffee mastery program for employees and considering other perks like increased sick leave.

But there’s a catch: Workers who voted to unionize or stores that called for union elections won’t be eligible for these benefits. Instead, US labor law requires stores to negotiate their own contracts with Starbucks.

On Tuesday, workers at more than 250 U.S. stores had filed petitions with the National Labor Relations Board to hold union elections, labor organizers said. Fifty of those stores had voted to unionize with Workers United, a branch of the Service Employees International Union.