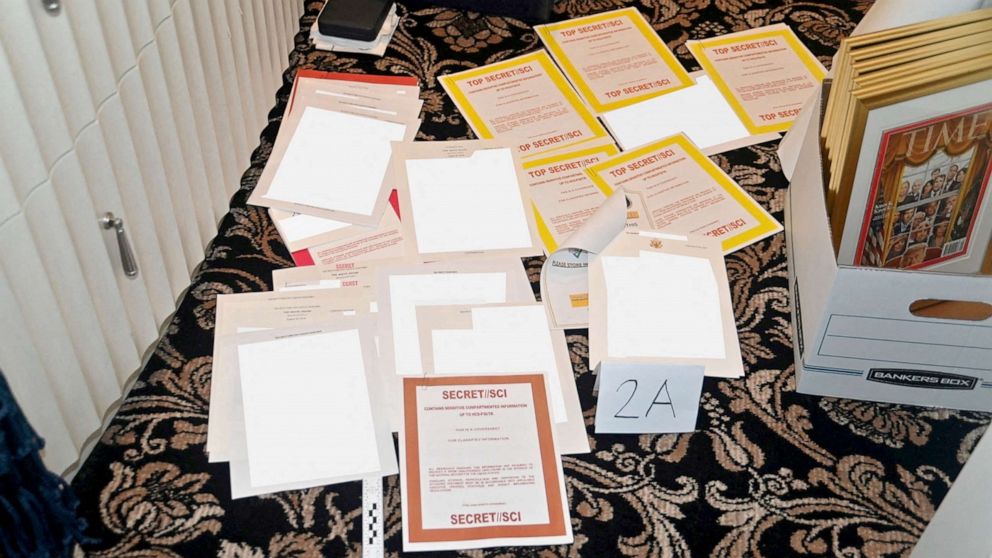 In a filing Thursday in court, the federal judge assigned to review documents seized by the FBI at Mar-a-Lago ordered federal prosecutors to begin producing the approximately 11,000 documents that were recovered last month from the home of former President Donald Trump in Florida.

The plan and schedule set out by U.S. District Judge Raymond Dearie stipulates that by Monday, the Justice Department must provide electronic copies of classified unlabeled documents to both Dearie’s team and Trump.

For each document, Trump’s attorneys must then say whether he is claiming attorney-client privilege or executive privilege or whether the document is a personal or presidential record, according to Dearie’s latest guidelines.

For any document that Trump and his team mark as privileged and/or personal, they must include a statement explaining the reasoning for the particular statement.

The government provided Trump and his lawyers with the documents the DOJ “screening team” found likely to be privileged and Dearie said in Thursday’s filing that Trump was then to provide a log of his designations for the materials — as to whether he asserts privilege over something and whether it’s personal or presidential — to the government by Monday.

Trump’s team must submit a final and comprehensive review of all documents to the government by Oct. 14, according to the special master.

Both parties must submit a log of all disputed designations to the Dearie by October 21. (Dearie said he needed the help of a retired federal magistrate, James Orenstein, to help him with his review.)

If there is a dispute with the government, the special master will resolve it.

The 11th United States Circuit Court of Appeals simplified Dearie’s job on Wednesday by removing classified documents from its review and restoring government access to them as part of its investigation into how Trump , who denies wrongdoing, handled the cases after leaving office. Among the documents the FBI says it recovered from Mar-a-Lago, court documents showed, were 11 sets of documents of various classifications ranging from confidential information to the most secret and sensitive information.

Cannon on Thursday amended its order in light of the appeal decision, removing parts of its decision that the special master must prioritize documents marked as classified and submit interim reports and recommendations, if any.

Cannon also removed a measure that classified documents and attached documents must be available for inspection by Trump’s attorneys.