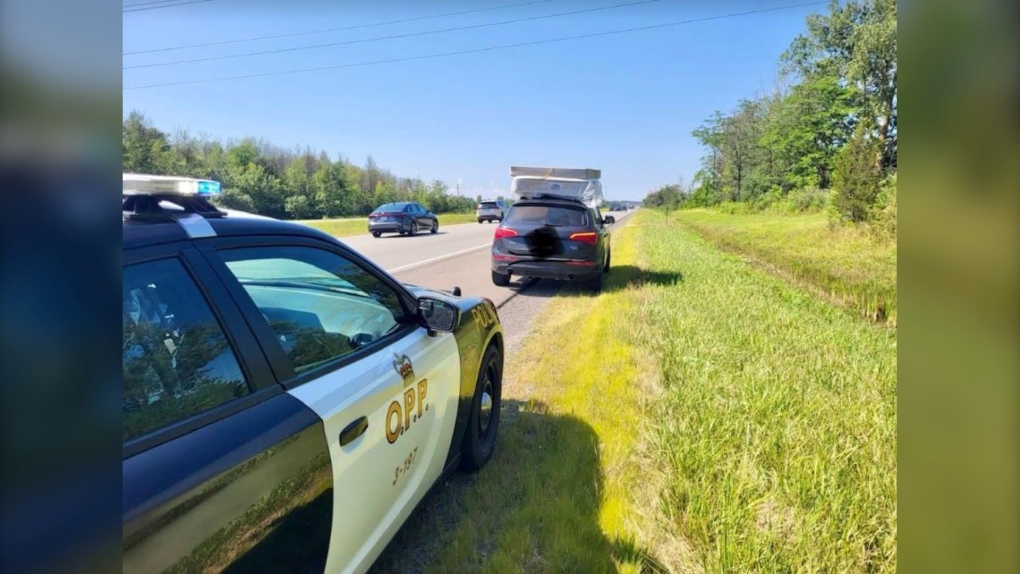 The Ontario Provincial Police say disaster was averted when an officer pulled over a driver on the highway. 401 in Eastern Ontario using a single rope to tie a mattress and box spring to the roof of their vehicle.

The OPP shared an image on Twitter on Saturday evening showing an SUV stopped with a mattress and box spring attached to the roof.

The SUV was stopped along Highway 401 near Maitland.

“Disaster was averted today after a #GrenvilleOPP officer arrested this driver,” the OPP said. “The mattress and the box spring had been fixed to the roof with a single rope.”

The driver was charged with having an unsecured load under the Highway Traffic Act.

Catastrophe averted today after #GrenvilleOPP the officer arrested this driver who was traveling #HWY401 near Maitland today. The mattress and box spring had been secured to the roof with a single rope. The driver was charged with unsecured loading. ^ac pic.twitter.com/sa6N3dgi1G