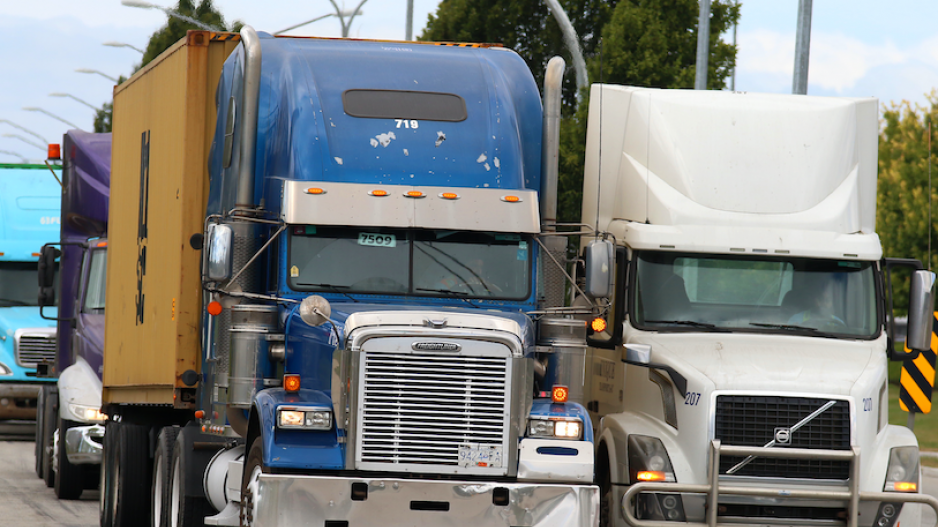 Accelerating transportation decarbonization is complex and costly for trucking companies.

Trucks, truckers and trucking companies will play an important role in greening the supply chain in British Columbia and elsewhere in North America. But how soon will they be ready, willing and able to embrace electrification and ditch diesel?

The current dispute over the Vancouver Fraser Port Authority’s Rolling Truck Age program to remove older diesel trucks from container terminals at the Port of Vancouver shows that a percentage of the local trucking industry is not nearly to be ready, willing or able.

However, in the broader world of freight transportation in North America, the shift to decarbonization is accelerating. And this acceleration is necessary. According to IDTechEx, a UK-based market research company, even though the global fleet of medium and heavy trucks accounts for less than 10% of global vehicle traffic, it contributes 40% of greenhouse gas emissions. of the global transport sector.

On the one hand, the 73% surge in diesel fuel prices between May 2021 and May 2022 has increased interest in electrifying the truck fleet. But Jason Gies, vice president of the eMobility business at commercial truck and engine maker Navistar, stressed that converting diesel truck fleets to electric is a long-term process.

“Electrification isn’t just about flipping a switch, is it? No pun intended.”

“These [electric] vehicles won’t work in the long-haul world – period. They just won’t.

Using the example of a Class 8 electric truck with a range of around 400 kilometers hauling a load from Chilliwack to Kamloops, Earle estimated that, in good weather and good weather, it would likely reach the toll plaza of the Coquihalla Highway.

“And then you have to recharge. And then we are in the transfer of energy. These batteries are massive, absolutely massive. We’re talking about four or five times the size of passenger vehicles.… So we’re talking hours and hours to recharge. It just won’t work.

But Earle pointed out that British Columbia “is unequivocally … one of the leading jurisdictions pushing for [trucking industry electrification]and added that the immediate market for electric trucks is for “back-to-base operations”, where trucks pick up and deliver freight locally and can be recharged overnight. This sector, he said, accounts for approximately 20% of commercial trucking activity in the province.

“So it’s not a small slice of the market,” Earle said. “There are a lot of opportunities to do this with battery electric vehicles. And that’s really where we see them being deployed.

“They don’t do that [converting to electric trucks] to look good or feel good,” said Chris Nordh, vice president of business development at electric vehicle maker Workhorse. “They do this because it makes financial sense.”

So the high price of diesel and gasoline, he told the FreightWaves panel, “is a huge driver” for raising the profile and practicality of electrifying haul truck fleets. Nordh added that electrification has been considered a “California thing” because of its government incentives for installing EV (electric vehicle) charging infrastructure and purchasing electric vehicles.

“[But] the total cost of ownership equation makes sense today in most states. »

This equation, he said, is based on a combination of rapidly rising fuel prices and electricity prices remaining relatively constant.

Nordh added that technology tools to increase the efficiency of charging infrastructure and integrate solar power and battery backup into that infrastructure can further optimize a company’s electrification investment.

Gies estimated that electric trucks have between 50 and 60 percent fewer parts than their diesel counterparts. He said a truck fleet manager he spoke to recently estimated first-year maintenance costs for electric versus diesel to be around $200 versus $2,500.

But the initial outlay for a Class 8 electric truck is significant: around $450,000 compared to $200,000 for its diesel counterpart. And that’s if you can get one in BC

“Right now, if you have $10 million, I can’t get you a Class 8 battery electric truck,” Earle said. “They do not exist.”

He added that the operating costs of electric trucks versus diesel trucks still weigh in favor of the latter.

“Even with existing incentives, the lines of comparison cost never cross. You will never be able to run a battery electric vehicle as economically as a diesel, even at today’s diesel prices.

However, Earle said the operating cost gap will narrow as battery and other electrification costs come down, “but that will take time.”

The limited availability of large electric trucks, which ferry cargo containers from port terminals to other links in the Asia-Pacific supply chain, is a factor weighing against their widespread incorporation into the fleet of 64,000 British Columbia heavy trucks.

The other is high-speed charging infrastructure. Its installation is often considered expensive and complicated. But Richard Mohr, vice president of fleet solutions for the ChargePoint EV network, played down that barrier to entry during the FreightWaves panel.

“I don’t think you see as many mountains as everyone thinks, because the vehicles that will be coming over the next couple of years will be coming at a very reasonable pace; you’ll have time to kick off those projects.

Replacing once or twice a week offsite diesel or gasoline refueling schedules with onsite overnight refueling provides TCO savings that he says are often overlooked.

Nordh added that removing offsite diesel fueling requirements helps increase driver retention.
But Earle said installing the infrastructure needed to charge the tens of thousands of electric trucks that will enter North American truck fleets over the next decade is a significant challenge.

“The real downside of the setup is how do you move so much power to that place? Right? OKAY. It’s extraordinary.

According to the FreightWaves Expert Panel, another key success factor in integrating fleet electrification is timing.

“Start early,” Gies said, “even if it’s only one or two [trucks]. This will save you money in the long run.

But there’s more to saving money than hardware; there is money to be saved on human resources.

Whereas in the United States, according to FreightWaves corporate trucking expert Thomas Wasson, replacing a long-haul truck driver can cost between US$4,500 and US$6,000, recruitment and retention are important considerations when it comes to total cost of ownership. This driver replacement cost can be as high as $15,000 in Canada.

Because electric trucks are quieter, vibrate less and are easier to drive than their diesel counterparts, electric trucks and electrification technology are proving to be important recruitment and retention factors.

“I had lunch with one of our biggest clients a few weeks ago,” Gies said, “and he was complaining to me that one of their biggest problems [is] the drivers don’t want to leave them [electric] trucks. They don’t want to go back to a diesel truck. And they complain when necessary.

He added that the barrier to entry for drivers is therefore much lower. This deepens the pool of potential talent for trucking companies, which face a severe labor shortage. The American Trucking Associations estimated the truck driver deficit at 80,000 in 2021.

In British Columbia, Earle said the industry has a vacancy rate of 12%, which translates to about 6,000 drivers, even though long-haul truckers in Canada can earn up to $10,000 per month.

He added that the appeal to a younger generation of potential drivers of electrification technology, electric trucks and their low carbon footprint “cannot be overstated. It’s really important…it’s such a fabulous opportunity for our industry to attract new people. •