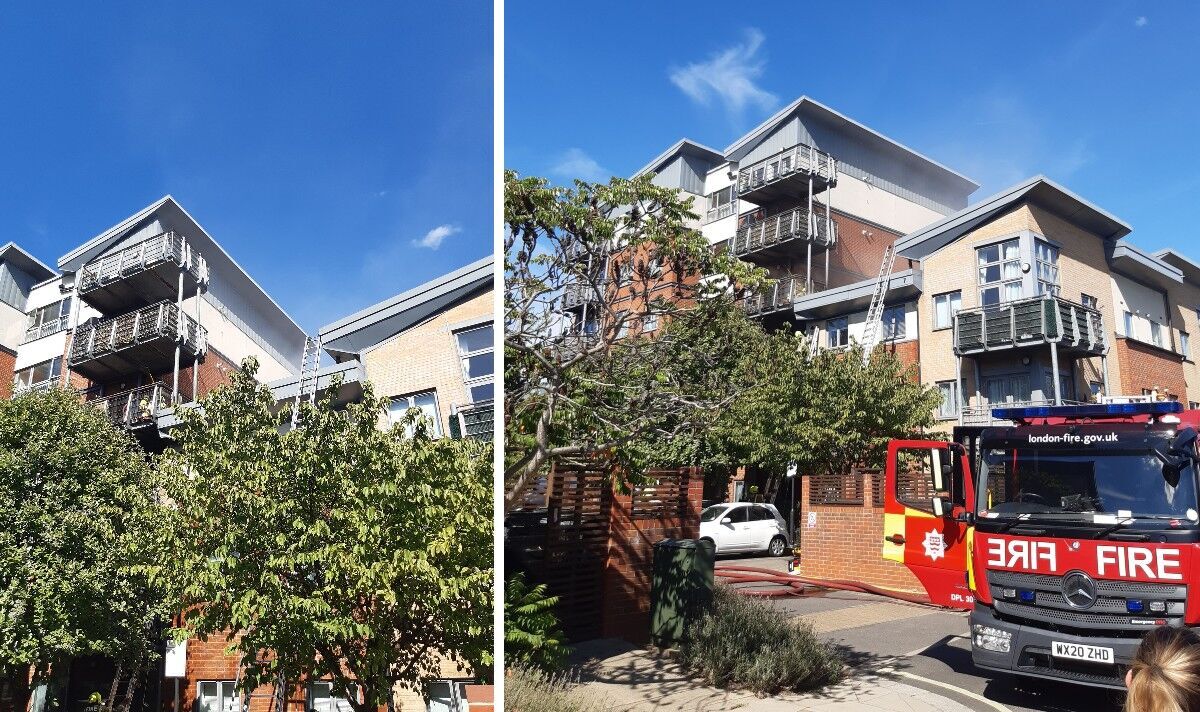 “Residents in the neighborhood are advised to close their doors and windows due to the smoke.

“While there are currently no road closures, we are asking motorists to avoid the area where possible as there are a large number of vehicles at the scene.”

In an earlier Twitter update, LFB said: “Eight fire engines and approximately 60 firefighters were called to report a fire on Heathstan Road in #ShepherdsBush.”