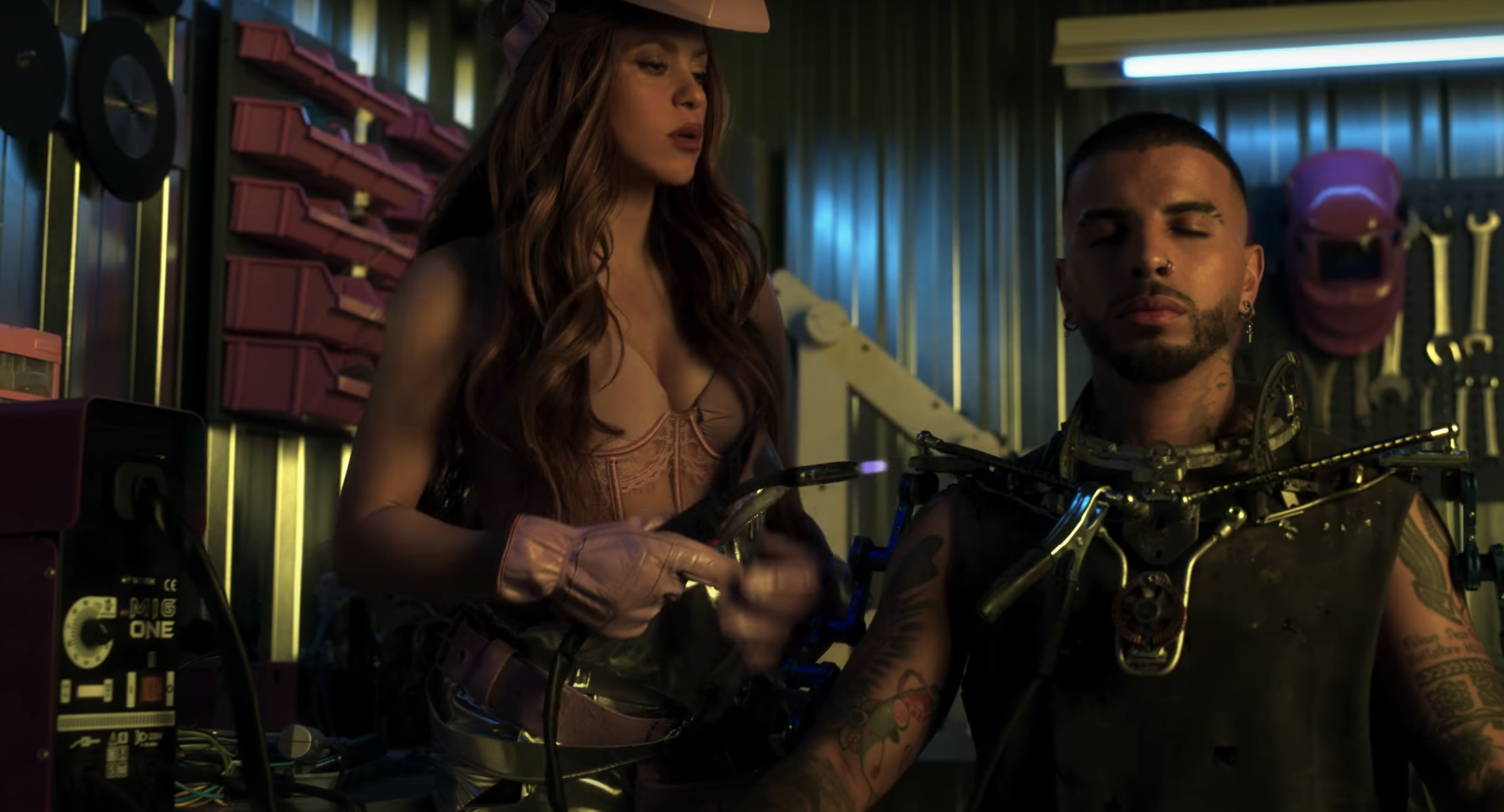 Shakira has always been a pop chameleon who can leap into almost any musical genre, and on her new song, “Te Felicito,” she’s teamed up with reigning Latin music showman Rauw Alejandro for a collaboration that mixes electro- pop, funk guitars and a punchy reggaeton beat.

The song is a nod to a liar ex – the title “Te Felicito” or “I congratulate you” is meant as a sarcastic goodbye to someone who won’t change. Shakira sings about finally seeing someone who they really are before Rauw joins her with the track’s second verse. The video, directed by Jaume de la Iguana and shot in Barcelona, ​​is just as playful. The visual follows Shakira as she brings a robot lover (who turns out to be Rauw) to life.

The video is also an opportunity for the two artists to perform a fun robot-inspired choreography together. Rauw, who is currently on tour, is known for her nimble dance moves, while Shakira went viral on TikTok in 2020 with her ‘Girl Like Me’ dance challenge. In May, she will star and executive produce a new NBC dance competition series titled Dance with myself.

“Te Felicito” follows “Don’t Wait Up,” a track Shakira released last summer that also tinkered with futuristic electro-pop production. The Colombian superstar is currently working on her next studio album.