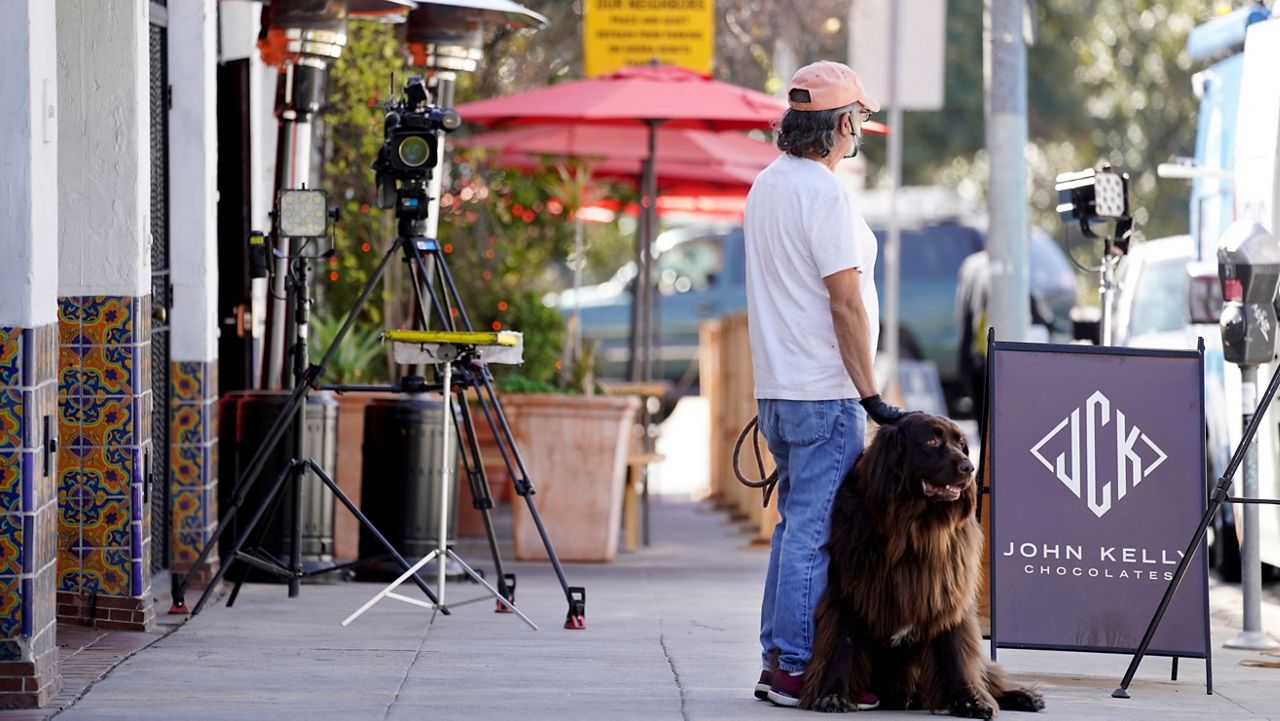 LOS ANGELES (CNS) — The Los Angeles County District Attorney’s Office said Friday it is working with the LA County Sheriff’s Department to take a reputed gang member — who was mistakenly released from jail this week — back into custody on charges stemming from the shooting of Lady Gaga’s dog walker.

What You Need To Know

James Howard Jackson, now 19, was released from jail Wednesday afternoon, according to sheriff’s department jail records, which indicated the charges were dismissed.

Jackson — who had been charged last year with the shooting — pleaded not guilty Tuesday to a grand jury indictment handed up under a new case number to “speed up the legal process” and was “subsequently released from custody by the Los Angeles County Sheriff’s Department ,” according to the statement released by the District Attorney’s Office.

“We are unsure as to why they did so. However, our office is working with the sheriff’s department to take Mr. Jackson back into custody,” according to the statement. “If anyone has information, please reach out to the Los Angeles County Sheriff’s Department.”

Jackson was charged last April along with Jaylin Keyshawn White, now 20, and Lafayette Shon Whaley, now 28, with one count each of attempted murder, second-degree robbery and conspiracy to commit robbery in connection with Ryan Fischer’s Feb. 24, 2021, shooting.

Jackson—the alleged gunman—was also charged with one count each of assault with a semiautomatic firearm and felon carrying a concealed firearm in a vehicle, while White faces a count of assault by means of force likely to produce great bodily injury.

The indictment, handed up last October, alleges that the three men “followed Ryan Fischer as he walked 3 French bulldogs along Sunset Boulevard” and that Whaley turned off the car’s lights and drove up next to Fischer after he had walked down a more secluded street .

Jackson and White allegedly hit and choked Fischer, and Jackson allegedly shot him, according to the indictment.

Surveillance video from a home security system shows Fischer walking on the sidewalk when a white sedan pulls up and stops in the street, with two people jumping from the back seat and saying, “Give it up.”

A struggle ensued and one gunshot was fired, prompting Fischer to fall to the ground, screaming. The assailants each grabbed one dog—named Koji and Gustav—and got back into the rear seat of the car, leaving Fischer on the ground yelling for help.

The singer’s other bulldog, Miss Asia, ran back to Fischer on the ground after the assailants’ vehicle disappeared from view.

Jennifer McBride — who, according to police, reported that she found the dogs and responded to a reward email to return them — was indicted last October on one count each of being an accessory after the fact with knowledge of the crime and receiving stolen property — the two French bulldogs.

The now 51-year-old woman, who brought the dogs to the Los Angeles Police Department’s Olympic Division, allegedly had a relationship with Harold White, the 40-year-old father of defendant Jaylin White, according to police and prosecutors.

Harold White, now 42 and described by police as a documented gang member, was indicted on one count each of being an accessory after the fact with knowledge of the crime and possession of a firearm by a felon.

All five defendants were arrested last April 27 by Los Angeles police. Jaylin White and Whaley remain behind bars, while Harold White and McBride were released on bond within a few days of being taken into custody, according to jail records.

A pretrial hearing is set June 21 in a downtown Los Angeles courtroom for all five defendants.