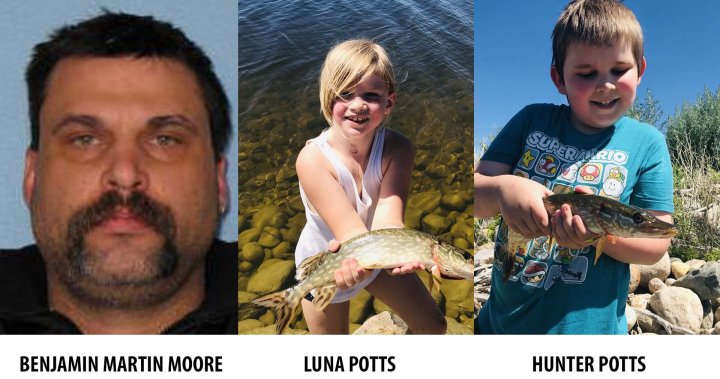 Saskatchewan RCMP have issued an Amber Alert for two children believed to be with a 50-year-old man who may have entered the United States.

The two are believed to be with Benjamin Martin Moore of Eastend, Saskatchewan, although police say he may have different names.

Moore is described as being five-foot-10 and weighing 200 pounds. with black hair.

The vehicle in the Amber Alert is described as a dark blue 2015 Chevy Equinox with Alberta license plate CGC2492.

Police say the children’s mother, Leah Potts, 45, is with them.

The public is urged to call 911 if they see any of these people or their vehicle or have information on their whereabouts.

No other details were provided by the RCMP.