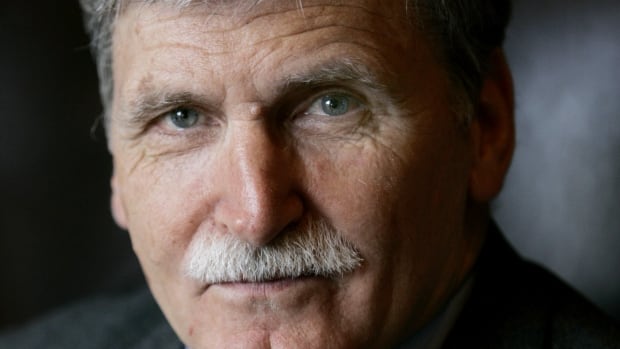 But like those eminent figures, the Ottawa-based researcher and teacher has joined a growing list of Canadians now barred from entering Russia following the latest round of sanctions announced by President Vladimir Putin’s regime.

“It’s an honor to be on this list with these great people: great Canadians who stood up to the Kremlin’s war crimes in Ukraine and elsewhere,” Devlen said.

On Thursday, the Russian Foreign Ministry added 61 Canadians – mostly politicians, government officials or members of the Canadian armed forces – to what it calls its “ban list”, barring them from entering in Russia indefinitely.

All are accused of being “involved in the development, justification and implementation of the Russophobic course of the regime in place in Canada”, the ministry said.

“I’m trying to do my small part in pointing out the dangers Putin’s regime poses not only to our allies in Europe, elsewhere, but also to Canada and Canadians,” Devlen said.

Devlen directs the Center for Modern Turkish Studies (MTS) at Carleton University’s Norman Paterson School of International Affairs. He is also a member of the Macdonald-Laurier Institute and acts as a self-proclaimed “geopolitical forecaster”.

Last December, Devlen was among those predicting war given Putin’s threats to invade Ukraine. He has also written about Russia in publications such as the National Post.

“Apparently it’s irritating enough for the Kremlin,” Devlen said. “I’m pretty sure there are people here at the Russian Embassy keeping track of these things. I know some of them follow my work and follow me on Twitter.”

However, being punished is ultimately “nothing in comparison” to what Ukrainians experience.

“It’s a name on a list. These people are putting their lives on the line. I’m very, very proud to be, even in a small way, associated with or seen in close proximity to [them]“, said Devlen.

Putin’s regime ‘an enemy of humanity’

Dallaire, who led the UN peacekeeping mission in Rwanda during the 1994 genocide, recently called the Russian invasion of Ukraine a “massacre”.

On Thursday, he tweeted that he was proud to be on the latest list of banned Canadians.

In an interview with CBC News, Dallaire said he was honored to be considered an enemy of Putin’s regime “because he is an enemy of humanity.”

“By destabilizing Europe, they endanger so many other countries that we have been focusing on since the end of the Cold War,” he said.

Dallaire said he views the sanctions as a misguided attempt to influence and distract.

“It just pissed me off more,” he said when asked if the decision would change anything for him beyond banning future travel to Russia.

“[Fiddling] with this stuff is an indication that they are clinging to straws, to anything that may attract attention elsewhere.”