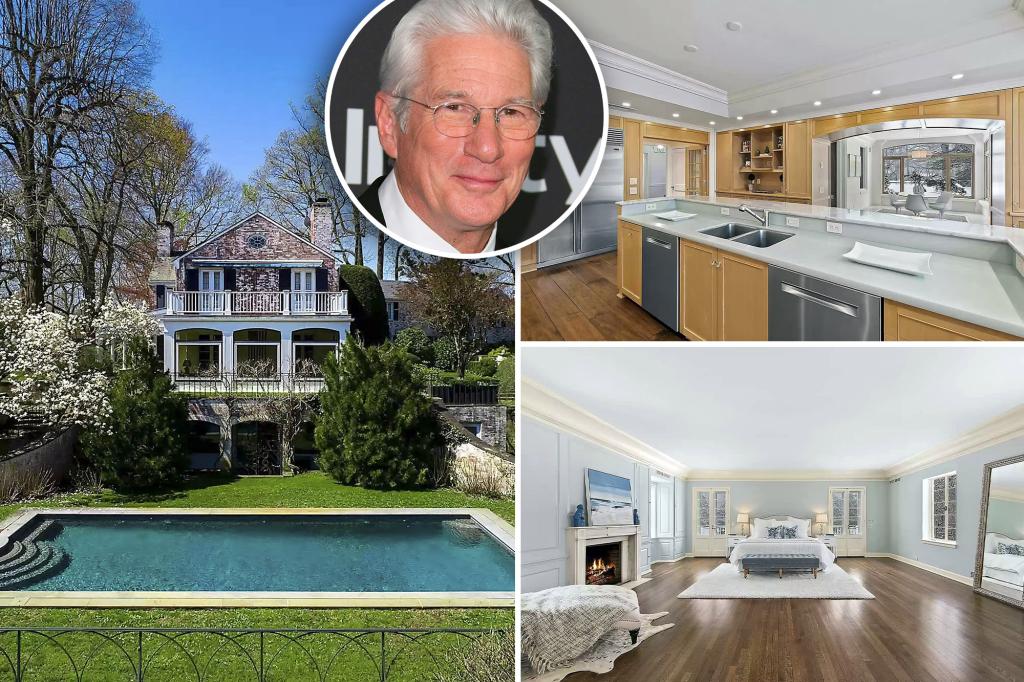 ‘Pretty Woman’ actor Richard Gere has been revealed as the mystery buyer for Paul Simon’s 8,800 square foot mansion in New Canaan, Connecticut. The 72-year-old was initially anonymous when he landed the resort for $10.8million last month.

Mansion Global has first reported that Gere is the previously unknown new owner of the 32-acre, 84-year-old property.

Simon, 80, and his wife, 56-year-old singer Edie Brickell, had been trying to unload the Georgian-style estate since 2019, when they first put it up for sale for $13.9 million. That asking price then dropped to $11.9 million before being relisted for $12 million early last year.

The sprawling property has struggled to sell despite extensive press and bragging rights. Grammy-winning Simon “recorded many of his hit albums” in the main house, Town & Country reported when it was first marketed. The main house has six bedrooms, seven bathrooms, three powder rooms and several fireplaces while a second house, the 2,400 square foot guest house, is equipped with a garage.

“A separate three-bedroom cottage provides the ultimate escape to be as creative and indulgent or as engaging and social as you wish,” an old listing notes, adding, “This unique and serene estate has been lovingly maintained to provide the ultimate in peace, privacy, luxury and tranquility and is only 45 miles from New York.”

The address also has a pond, a swimming pool on the terrace, enclosed gardens and a courtyard.

Representatives for Gere did not immediately return the Post’s request for comment.