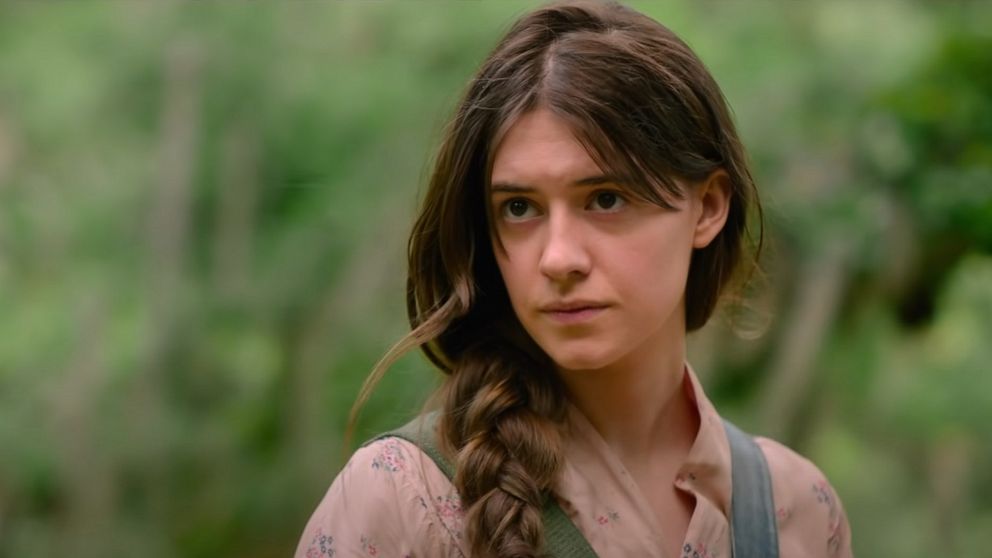 At the end of “Where the Crawdads Sing,” the film version of Delia Owens’ 2018 bestseller on the run, Taylor Swift captures in song the haunting, folkloric quality of the story of a young girl forced to rise. in the swamps of North Carolina, who later goes on trial for the murder of the boy she thought she loved.

What a shame this two-hour film never matched the murderous beauty that Swift distills in this four-minute song. The guiding principle behind the film seems to be: don’t mess with a novel that’s been on the New York Times bestseller list for 150 weeks.

Readers of the 2018 novel — which has sold 12 million copies and counting — likely won’t mind the richer options left unexplored. There’s a flow to the film that even quickens you as you yearn for it to stop spinning and dig deeper into the characters.

At first, the English actress Daisy Edgar-Jones (so beautiful in “Normal People”) seems an odd choice for Kya Clark, the “Marsh Girl” who remains an exception except for Tom Milton (the superb and reliable David Strathairn), the old school-attorney of the South who defends her during her murder trial in 1969.

Edgar-Jones grows into the role of an enigma that the film attempts to unravel through clumsy flashbacks. As a child in the 1950s, young Kya (a Jojo Regina livewire) is abandoned by her mother (Ahna O’Reilly) and siblings and left at the mercy of her drunken and abusive father (Garret Dillahunt) until that he disappears. .

It’s the nurturing wildlife that eases Kya’s loneliness as she paints watercolors (later published) of flora and fauna and finds solace in black shopkeepers Jumpin (Sterling Macer Jr.) and Mabel (Michael Hyatt) who help feed and clothe her.

The racial angle is superficial at best. And although cinematographer Polly Morgan creates lovely images, they fall short of the nature writing that gave a poetic touch to the book by Owens, a retired zoologist who was 69 years old when her novel debuted four years ago.

On screen, a tidy Kya is a far cry from the wild creature created by Owens. And the film pushes far too hard on the love triangle that binds Kya with sweet Tate Walker (Taylor John Smith), who ditches her to go to college, and bad boy Chase Andrews (Harris Dickinson), whose warmth hides secrets that continue Kya’s cycle of abuse.

This leaves the actors struggling to give the cardboard cutouts the weight of flesh-and-blood people. Edgar-Jones has the ability to show how isolation defines Kya’s character, but the film always pushes her into crowded corners.

The police unit twist tied to Chase’s murder still packs a big punch, but at the expense of investigating themes that have made the book stick in the memory despite its drift to soap opera. You have to go back to Taylor Swift’s words to find the heart of Kya’s story:

“I clench my fist / I make it count / And there’s places I’ll never go / And things only Carolina will ever know.”

Swift’s words and music for “Carolina” suggest an ongoing mystery missing from the big screen “Where the Crawdads Sing.” Fleeting traces of the book’s magic only add to the frustration of seeing a facsimile trying to pass itself off as real.