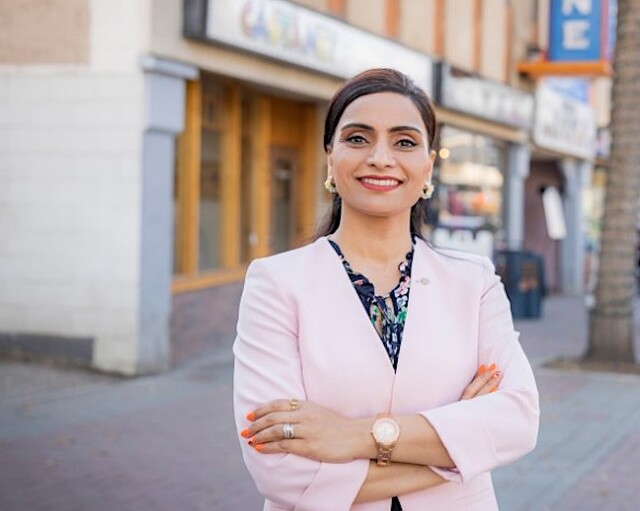 Genevieve Ring says MLA Vernon-Monashee Harwinder Sandhu should be recalled because she is part of the NDP government that has failed British Columbians on critical COVID-19 and health care issues.

Ring says she’s not prepared to wait for the next election, scheduled for fall 2024, to make changes to improve health care.

Sandhu, who could not immediately be reached for comment, worked as a registered nurse at the Royal Jubilee Hospital in Vernon before being elected in 2020 to represent Vernon-Monashee.

“There must be some duty they feel towards the people they’re supposed to represent, and she didn’t do anything,” Ring said, referring to Sandhu. “I would say the NDP missed that whole two years and she’s a part of it.”

A recall petition is launched against Vernon-Monashee MLA Harwinder Sandhu.

Elections BC says in a news release that it received a petition request that met the requirements of the Recall and Initiative Act.

These requirements are not very onerous.

“Under the Recall and Initiative Act, any registered voter in British Columbia can request that a recall petition be issued for their electoral district. They must submit an application form, a $50 processing fee and a statement of 200 words or less explaining why they think the MP should be recalled,” Elections BC says.

The booster sponsor is Genevieve Ring.

No rationale for Ring’s petition was given.

Elections BC says applications must be approved if legislative requirements are met and that it has no discretion to assess applications on other criteria.

Results must be returned to Elections BC by October 11th.

To be successful, such petitions must cross a high bar.

Canvassers must collect signatures from at least 40 percent of eligible voters, or 21,268 names in Vernon-Monashee.

Once the petition is submitted, Elections BC has 42 days to verify the signatures. In the event of a successful recall, the recalled member’s seat becomes vacant and a by-election must be called within 90 days.

Only six of these petitions were returned to Elections BC for verification. Of these, five did not have enough valid signatures and one was interrupted during the verification process because the member resigned.