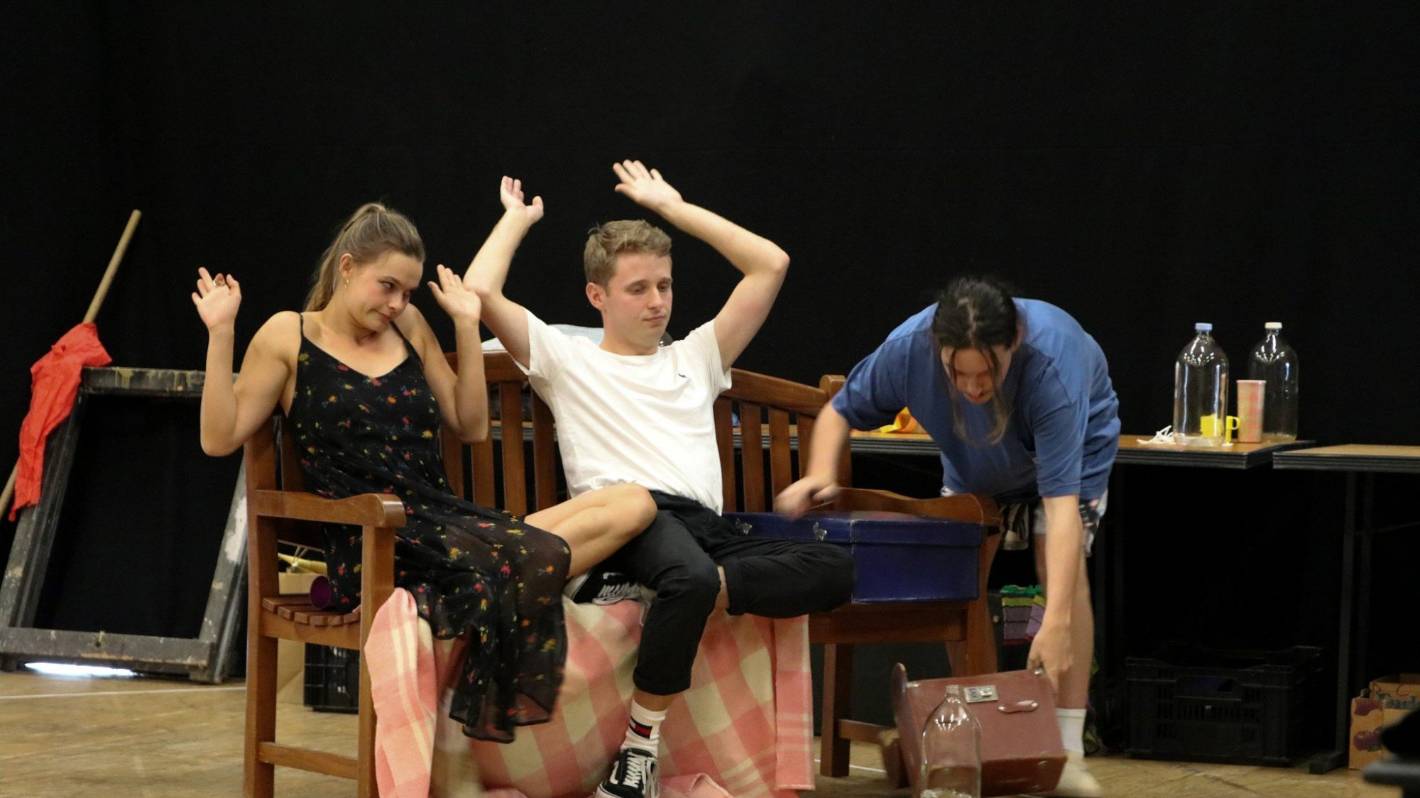 Anna-Maree Thomas, left, William Burns and Finley Hughes in rehearsals for the Court Theater revival of Flagons and Foxtrots.

When Ross Gumbley co-wrote Flagons and Foxtrots in 1999, he just wanted to keep his theater going.

They had built a reputation for writing fun plays together that drew crowds during the Christmas holidays. But, with that success, came the pressure.

“When you play to keep Centrepoint open, that’s all that gets you through the night.

“It’s the pressure. You better be funny or the people who work in this theater won’t have jobs.

“The plays did what they were supposed to do – bring money to the theater to keep us open over Christmas, so we could do art the rest of the year.”

“It was the most satisfying piece we’ve written because it had a solid structure and a lot of heart,” Gumbley said.

“He played everywhere. This is our piece that has been the most produced. It has been a privilege.

The piece, originally called The Newbury Hall Dances, is a nostalgic piece about a 1960s rural dance hall.

“I really want to make people envious of that era and its simplicity.

“1964 is a really interesting time. It allows us to watch this transition from very formal dances to rock’n’roll, which was just beginning to take over.

The script was based on the memories of real people who danced at Newbury Hall near Palmerston North in the 1960s.

“We put a notice in the paper saying if you remember the dances at Newbury Hall we are writing a play and would like to hear from you.

“We filled the hall and they told us these amazing stories. We knew we were on to something and we had struck a chord.

“We put all these stories together and they became incidents in the play. They were real and true and recognizable and straight from the source.

Gumbley is currently working on the project to build a new Court Theater in the town centre. The new $36 million Court Theater is expected to open in the first half of 2024.

“We will have the best theater in Aotearoa.

“It will be intimate, you can sit and watch a play, but you will feel like you are in a play.”