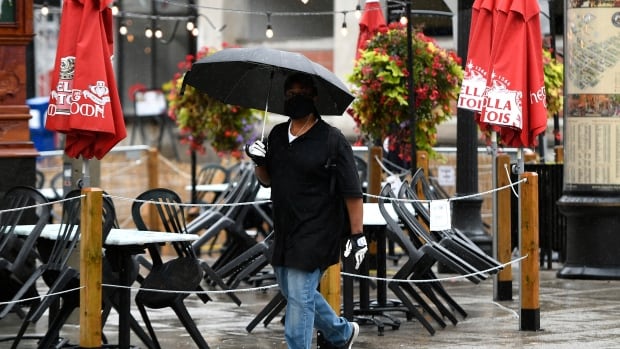 Environment Canada says to expect steady, sometimes heavy and even record-breaking rain on Thursday in eastern Ontario and western Quebec.

Rainfall warnings were issued early Wednesday afternoon for an area covering the Ottawa-Gatineau area, as far west as Odessa and Sharbot Lake, as far east as western Quebec and as far south as New York-Ontario border.

Twenty to 30 millimeters of rain is likely and most of it should fall Thursday, according to Environment Canada, with the chance it starts late Wednesday night and ends Friday morning.

Forty millimeters of rain is possible, but none of the conservation authorities in the area have watches or outlooks about potential flooding.

The one-day rainfall record in Ottawa for April 7, using data from the Ottawa airport and Central Experimental Farm area going back to 1872, was 26.4 millimeters in 1924.

Ottawa’s temperature is expected to stay around 5 C Wednesday night to Friday. At this point, Monday is the next sunny day in the forecast for the capital region.

There should be rain in areas not covered by warnings, such as Belleville, Maniwaki, Que., and Pembroke, where the forecast calls for less rainfall.