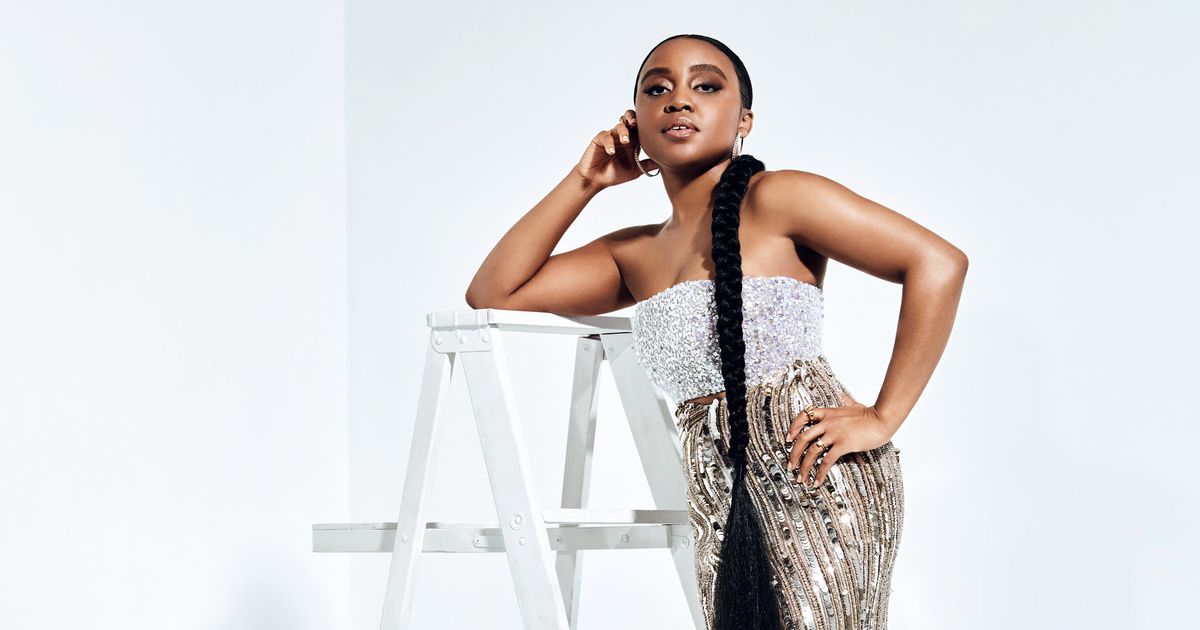 Brief chats with people who are doing things that thrill them.

Quinta Brunson’s new ABC series, Abbott Elementary, has made one of the biggest debuts of the year. The 32-year-old wrote, produced, and stars in the show that follows teachers in mockumentary style at an underfunded public school in Philadelphia, where Brunson grew up. The season finale is tonight, but the series has already been picked up for a second season.

Brunson rose to fame through comedy videos: her self-made series Girl Who Has Never Been on a Nice Date, which went viral in 2014, and her videos at BuzzFeed. She has also written for such series as Big Mouth and A Black Lady Sketch Show. Here’s how she made it.

What in your early life put you on this path?

I was always super into entertaining, whether it be for my family and friends or dancing on a stage. I went to art school and got into painting and charcoal drawing and fine art. Being exposed to visual art at a young age gave me an appreciation for the arts’ place in this world. As I got older, I started to look at comedy as art, specifically Saturday Night Live.

Were you always funny?

It depends on who you ask. I don’t think I was ever the class clown, but in my particular group of friends, I was always good at making them laugh. It wasn’t always important to me to make everyone laugh, but it was always fun to make my friends laugh. In college and in high school, it was all inside jokes. I had no interest in seriously writing comedy at that point. In college, that was still this far-off idea to me. I was like, I heard people do that. But I don’t think I’d be able to do it. So I’ll study advertising and make that my career.

I remember when Napoleon Dynamite came out, I was the person who brought that DVD to school and was like, “You guys have to see this.” I got a kick out of finding a new comedy. I enjoy introducing people to new art.

What was the transition like from working at BuzzFeed to making a TV show?

One unique thing about BuzzFeed was that the goal was to make broad humor — humor anyone would like, a broad comedy anyone could share. That’s also very true of network comedy. You ideally want anyone to be able to tune in to the show and like it. And that carried over really well for me.

Your mom, who is a teacher in Philly, was an inspiration for your work on Abbott Elementary. Talk to me about how your mom and the city of Philadelphia impacted the show.

I went to visit my mom the year before she retired, and it really did just hit me, like, Whoa, I see a show here. I wasn’t looking for it; it just kind of smacked me. I veer toward more grounded stories of working-class life, working-class people, and working-class cities. I feel much more compelled to write about that than I do stories based on royalty or wealth — which I watch, don’t get me wrong. That’s not what inspires me, though.

Philly is very diverse without trying. So many different people live there, and I grew up very used to that, to the point where when I left Philly, I was confused by the lack of diversity. Philly is this major city but also a small city where you can go from block to block and see so many different people at the same time. That was formative for me because diversity is more of a natural play to me than it is a hindrance or a chore. Abbott is really reflective of that. Us having four black leads wasn’t a diversity choice; it was the true representation of that school.

The other thing I thought about while riding through the city is just how resilient it is. It’s like the smallest big city. It has such a cultural impact, it has such beautiful artistry, yet it’s one of the poorest cities in America. It’s surreal to write through because this is a poor city, but the people and the culture refuse to be defined by that. The resilience of the people is definitely deeply ingrained in me. And sometimes it blinds us Philadelphians, like, It’s not that bad, I’m having a good time. That’s kind of how I operate in the world. I’m both grateful for it and have to check it sometimes, like, Okay, no, this is really bad. Just because you can make it a party doesn’t mean it’s not horrible.

What was the biggest barrier to entry into your profession?

I had no connections, and networking wasn’t easy for me. I was constantly coming up against not having connections, not having the benefit of nepotism because I knew a lot of other people who either had a parent or cousin in the industry. Nepotism really gets your eyes open. So when you’re at a party and you think you’re just talking to someone, and they’re like, “Oh, no, I’m such and such’s son.” I’m like, Oh shit, you’re crazy. Also I didn’t have any money. I was scraping by. I know there’s a different perception of what broke is. But I was broke, like eating bananas and a couple of cups of noodles, and that was my food for the day. So as I move forward, I try to think about how to always make sure I’m seeking someone who is like me, and it’s not to say that anybody who has those things — resources, a parent in the industry, or connections — is a bad thing. But it’s just easy to find those people sometimes before finding the people who don’t have any of that and are really good at this.

What’s your approach to sitting down and writing?

If I have a show idea, I try to write it out and ask myself, How many stories can be told with this idea? Because that’s really important. I want to make sure that if I’m trying to sell a show, the show will never run out of juice. I list episode ideas even before I’m at the pitch and drawing board, but usually those are in my head already. Then I move right into writing a pitch document because I think writing the pitch document is a really healthy way to know whether or not something can sell.

How did you create such well-rounded characters for the show?

I know a Jacob, I know a Melissa, I know an Ava. They may not all be teachers in real life, but they’re someone in my life that I have an understanding of. My writers told me they felt the characters were so well defined in the pilot that they were able to know who those people were. That was my goal trying to get the show picked up: to put these characters directly onscreen right away so the audience knows exactly who these people are. I really wanted them to smack you in the face.

Then when we got the writers’ room together, it was important to me that we had at least one person who could mirror the experiences of the characters we were writing. We got to learn new things about Melissa from our writer Morgan Murphy, who loved the character and kind of came from the same background. For Janine, who is very different from me, the writer Kate Peterman has a real handle on who she is because they’re similar people. If anything, I’m the person in the room who knows Ava. I have a ton of Avas in my life.

If you could host a dinner party of people in your field, who would be there and why?

Henry Winkler because he said he was a fan of the show on Twitter. He’s an OG of this, and I respect people who have been at it for so long and continue to find new and creative ways to expand their careers. Sheryl Lee Ralph because she is just an excellent dinner-party guest and just an excellent person to have around. Probably my whole cast … they have to take up a bunch of seats, sorry. Seth Rogen, he’s always great. Gayle King. She actually called me to tell me she loved the show, and she was super down-to-earth. Wanda Sykes, I love her. And LeBron James because I find him fascinating.