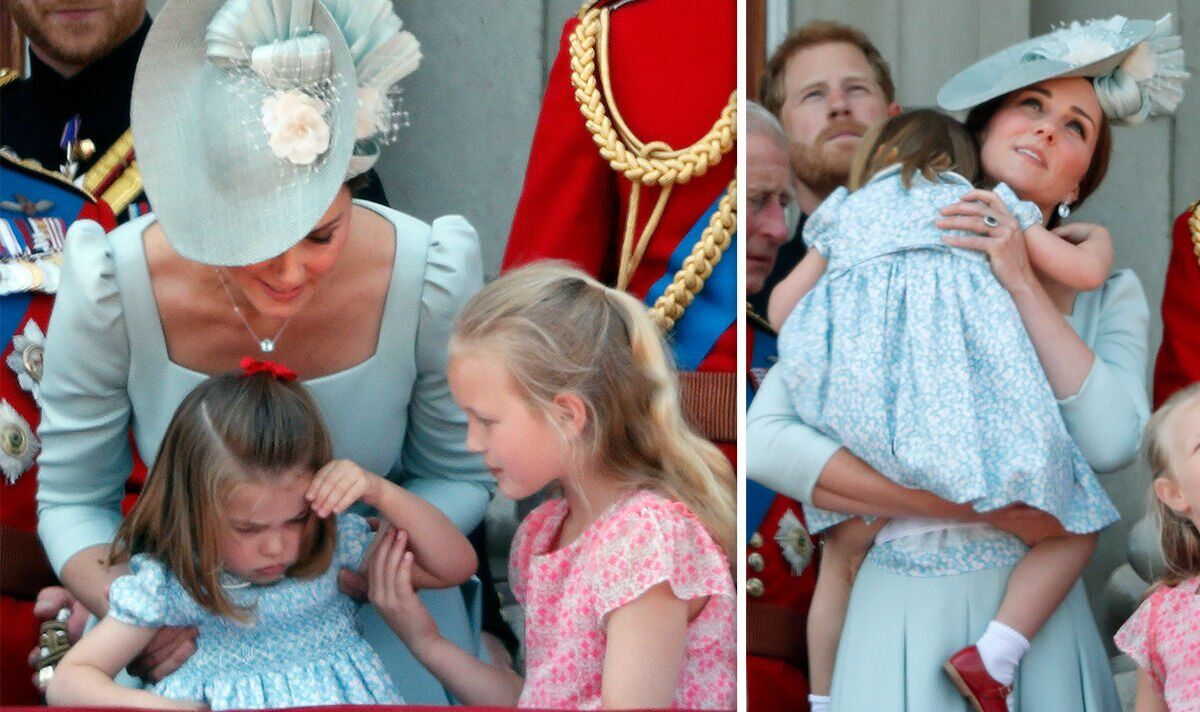 Princess Charlotte is seven years old today. Kensington Palace has shared three new photographs of Prince William and Kate, the Duchess of Cambridge’s daughter to commemorate her birthday, taken by the Duchess herself over the weekend in Norfolk. Charlotte was pictured with her arms around the family dog ​​in a field of bluebells wearing a blue jumper and long loose hair around her shoulders.

Young Charlotte has been in the spotlight since she was a baby, as 4th in line for the throne.

She and her parents and brothers ‒ Prince George, eight, and Prince Louis, four, are often in the spotlight at major events on the royal family calendar.

They are among those standing on the balcony of Buckingham Palace during Trooping of the Colour, a military parade celebrating the Queen’s birthday each year.

However, it’s not always a stress-free experience, as in 2018 Charlotte took a fall on the balcony, but was saved by her mother Kate.

Charlotte, then three, accidentally slipped and fell off a step near the edge of the balcony during the Royal Family appearance.

Luckily for Charlotte, Kate rushed to her aid and caught up with her.

Nevertheless, little Charlotte looked visibly upset, so her mother came to pick her up to comfort her.

This means that she is higher than her younger brother in the line of succession.

She is also known as the most outgoing of Cambridge’s three children, with Kate once referring to her as “the boss of the house”.

In December 2019, she showed her sassy side by refusing to part with a bouquet of flowers given to her by a well-wisher outside St Mary Magdalene Church on Christmas Day.

As an assistant offered to wear them for her so she could keep her hands free, Charlotte shook her head and squeezed hard.

Royal expert Katie Nicholl told the Mirror: “Charlotte is the most dynamic and outgoing of the three Cambridge children.

“It’s that strength of character that will serve her well when she’s older.”

Body language expert Judi James told the MailOnline in 2021 that the princess ‘seems to be a bit of a little leader in the family dynamic’.

Today’s images, however, show a very different Charlotte to four years ago.

The Royal Family’s Twitter account, which features the Queen and all active members of The Firm who don’t have their own social media handle, wished Charlotte a happy birthday this morning.