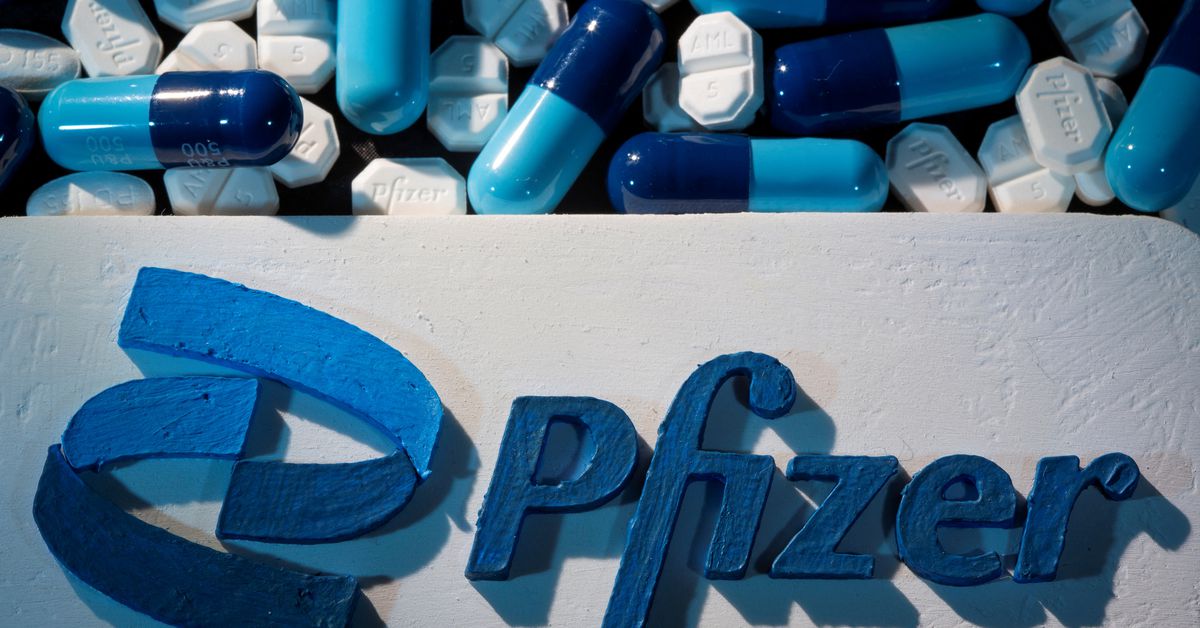 A 3D-printed Pfizer logo is placed near drugs from the same manufacturer in this illustration taken September 29, 2021. REUTERS/Dado Ruvic/Illustration

April 22 (Reuters) – Pfizer (PFE.N) said on Friday it was voluntarily recalling five batches of its Accupril blood pressure tablets after it found high levels of a potentially carcinogenic agent in the drug.

The drugmaker said it was not aware of any reports of adverse reactions linked to the recalled lots, which were distributed in the United States and Puerto Rico from December 2019 to April 2022.

Pfizer Canada also recalled all three-dose lots of Accupril on Thursday after finding the same impurity to be above acceptable levels.

Pfizer said there was no immediate risk to patients taking this drug, in which the agent, a nitrosamine, was found.

Nitrosamines are common in water and food, but exposure above acceptable levels over long periods could increase cancer risk.

Last month, Pfizer also recalled certain lots of another blood pressure drug Accuretic and two cheaper versions that were authorized due to the presence of the possible carcinogen.