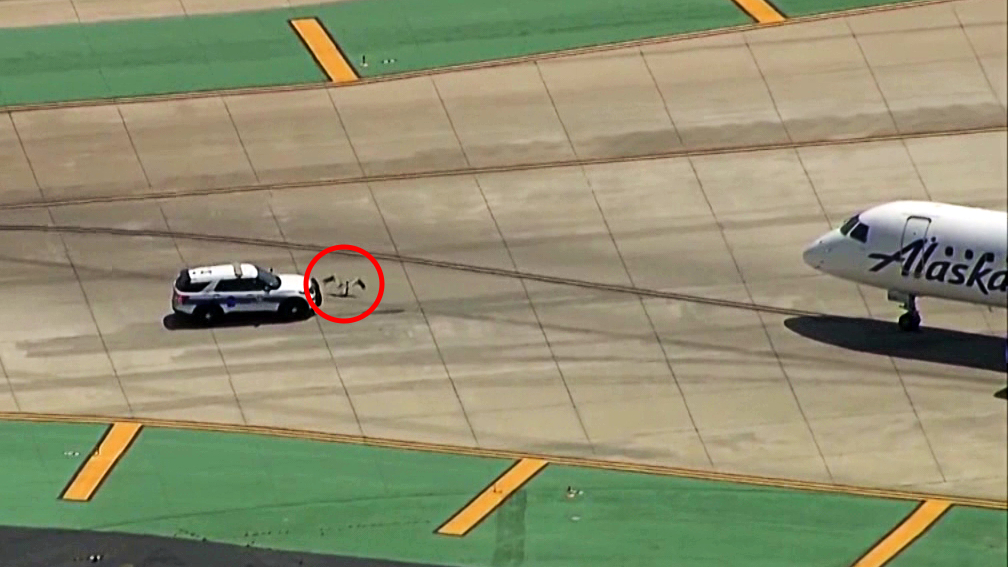 SAN DIEGO (KSWB) — A pelican crashed in front of an airliner on the San Diego International Airport taxiway Thursday, causing a brief standoff that ended with the bird flying unharmed.

The unusual encounter happened around 1.30pm as a Horizon Air E-175 attempted to taxi to the runway for departure. The outbound plane, bound for Everett, Washington, stopped when the pilots noticed a feathered obstacle.

“Sir, you won’t believe this, but we are unable (to continue) because of a pelican sitting here on the taxiway,” a pilot told air traffic control at audio recorded by the crew on FOX 5’s newsgathering helicopter. “And it’s not moving.”

‘It’s by no means over’: Dr Fauci provides update on the state of the pandemic

The pilot thought the bird might be injured. The stalemate continued for a few minutes, with the pilot returning at one point.

“Tower, did you say you were sending ops to the airport to pick up the pelican?” asked the airman, perhaps a little sheepish. The tower assured him that help was on the way.

Shortly after, an SUV from the airport drove up to the pelican, SkyFOX video showed. The SUV stopped just short of the bird, who at first seemed unfazed. The SUV slowly rolled further, closing in on the bird, which suddenly spread its wings and flew away without further incident.

“He was not injured; however, I was told he was a bit reluctant to leave,” airport spokeswoman Sabrina LoPiccolo later told FOX 5 via email. “A member of our airside operations team responded to the taxiway to encourage the pelican to move on, which it eventually did. There was a bit of a plane save, but everything was back to normal.

Just another day in San Diego.