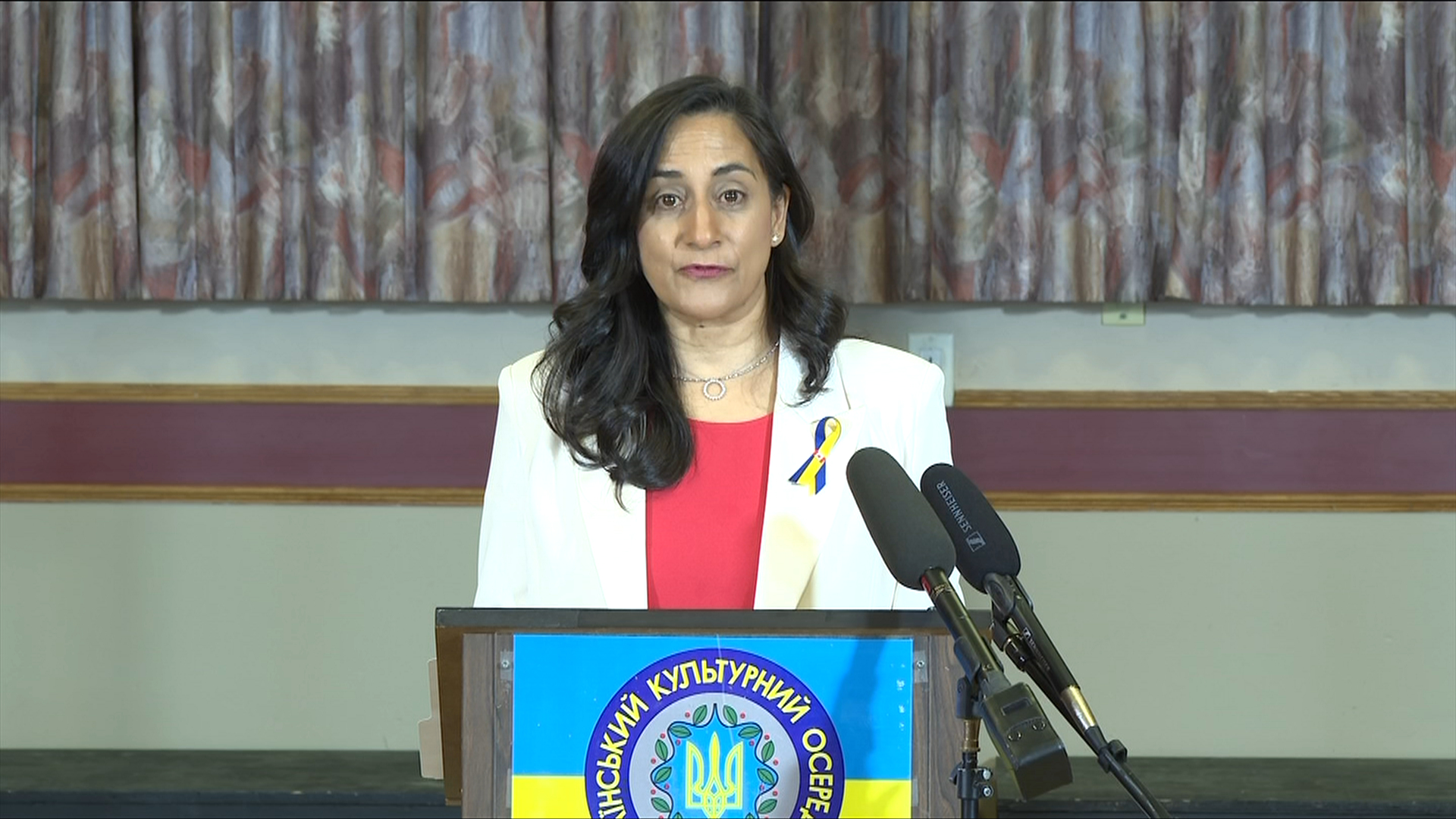 The announcement by Canada’s Minister of National Defense of $98 million in artillery for Ukraine is applauded by the local Ukrainian community.

The invasion began three months ago with Russian shelling of major Ukrainian cities, including Kviv.

Now the fighting is concentrated in the Donbass region of eastern Ukraine, with Russian forces making slow but devastating advances.

Canada’s National Defense Minister Anita Anand announced that an additional $98 million in artillery was going to the war effort.

“I can confirm that Canada has purchased over 20,000 155 millimeter artillery shells, which is NATO’s standard artillery caliber,” Anand said.

This artillery will be used by Ukrainian forces on the eastern front.

The reaction of the President of the Ukrainian Cultural Center, Devon Sereda Goldie, is positive.

“We’re thrilled that they’re actually sending defensive weapons,” Sereda Goldie said. “Something our community has been advocating for some time.”

Dr Kenneth Christie, professor of human conflict and peacekeeping at Royal Roads University, said it would make a difference in war.

“This is actually the biggest donation of military equipment since the invasion began about three months ago,” he said. “And we’re talking about 20,000 artillery shells that Canada actually didn’t fire from its own stockpile.”

One person present at the minister’s announcement is Father Yuriy Vyshnevskyy, whose home in Victoria is still under investigation after a suspected arson attack in April.

He and his wife have many family members in Ukraine, including parents and siblings.

“When you know someone cares, when you know someone shares a burden, it’s so much easier and lighter to carry,” Vyshnevskyy said. “So this is great news. Any news we receive indicates that the Canadian government, or any other country, is stepping up and helping to provide this much-needed military assistance to Ukraine.

Ukraine is urging Western countries to send even more weapons, such as long-range artillery to help Ukrainian forces hold out.