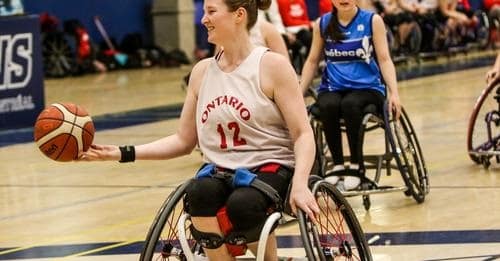 Canada’s Minister of Sport, Pascale St-Onge, will be in Mississauga tomorrow afternoon (August 4) to present $2 million in funding to women in Canadian sport.

St-Onge will make the announcement at the LBC Youth Facility, on Westport Cr. in the east of the city.

The money is pledged to Canadian Women & Sport, an organization established in 1981 to advocate for progressive change within the Canadian sport system. Its goal is to see the increased presence of girls and women at all levels and in all areas – as athletes, participants, leaders, officials, coaches and trainers.

Women and Sport in Canada is the fourth national-level organization to receive funding through Ottawa’s Community Sport for All initiative, a ministry spokesperson said in an email.

“Funded projects will help reduce barriers to sport participation and retention for girls, women, and non-binary people who come from Black, Indigenous, racialized, 2SLGBTQQIA+, low-income, and newcomer populations, as well as people with disabilities,” the spokesperson continued. .

Subscribe now to receive our daily email of today’s top stories in your city!