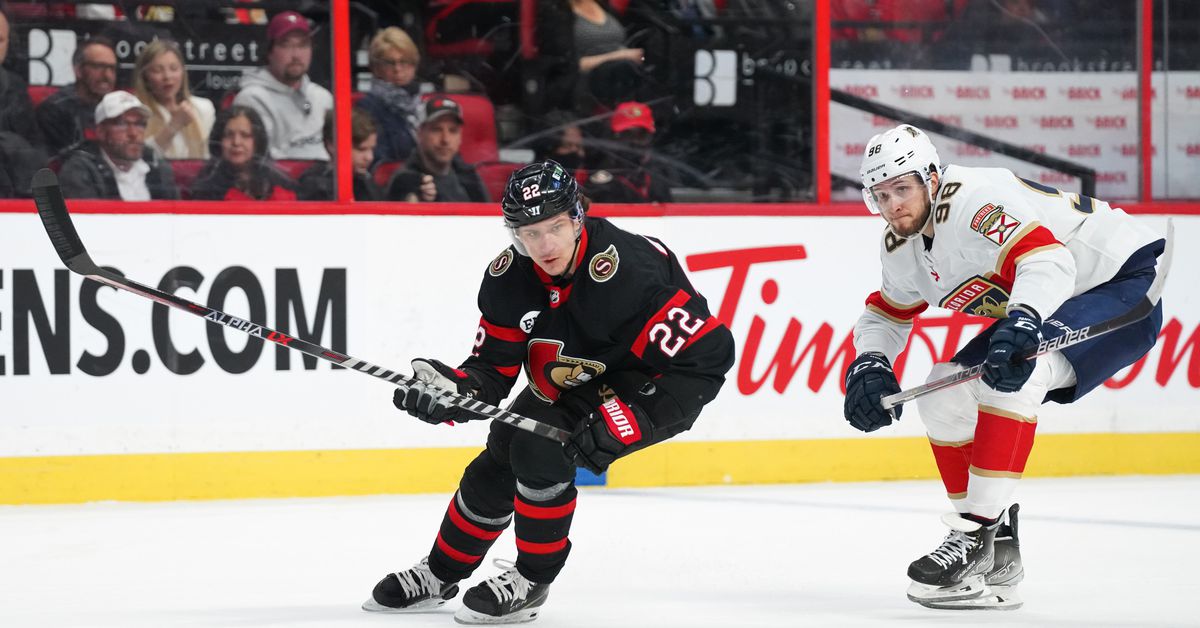 Against the current President’s Trophy favorites, the Ottawa Senators’ failure to win their fifth straight game in five years wouldn’t be the most disappointing thing in the world. But after seeing the skill that was on display against the New Jersey Devils on Tuesday, the flat performance we saw tonight stings a little more than usual.

There were several early indicators that the Sens weren’t going to be the same team we saw against the Devils. Instead, a lack of accountability in all three areas led to a very easy period for Spencer Knight, who only needed to save 7 shots, to the 12 faced by Filip Gustavsson. They couldn’t make even the simplest passes in the offensive zone, and although the defense did a good job in the opening minutes, Florida was left with several good chances in the back half of the frame. A Drake Batherson turnover in his own end led to San Reinhart opening the scoring for Florida at 6:01 of the period, which was the only goal of the first 20 minutes.

Ottawa would face a tough challenge in the second, as penalties from Chris Tierney and Austin Watson gave the Panthers a two-man advantage, but the PK unit did a great job, preventing quality chances and successfully killing the 5 on 3. This served as a change of momentum for the Senators, who after losing 17-9 on shots, cut their deficit to 19-18 at the end of the period, a period that involved a much more effort inspired only during the premiere.

…and just 22 seconds later, Erik Brännström was caught off guard at his own blue line, which created another very dangerous chance for the Panthers, finished by Carter Verhaeghe.

Verhaeghe added a second scorer at 13:08 into the period, and other than a bit of chaos from Parker Kelly and Noel Acciari, nothing of interest happened afterwards. Failing to win five games in a row, they lost 4-0 to the NHL’s best team, while being outshot 30-27.