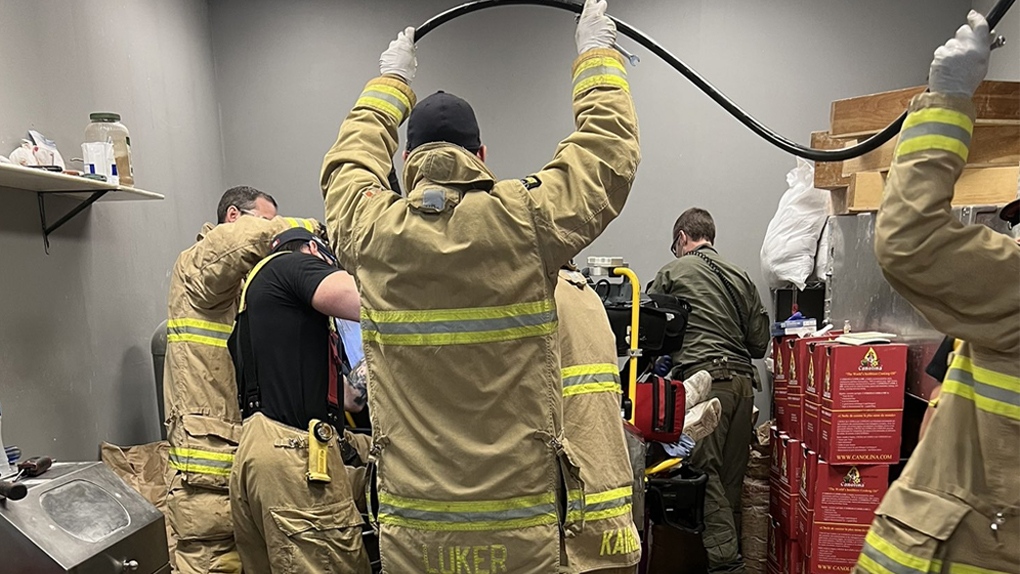 It took Ottawa firefighters more than an hour to extricate a man’s hand from a bread machine at an Orleans business.

The victim was seriously injured in the incident at a business on Boulevard Jeanne D’Arc, between Boulevard Orleans and Millwood Court, on Friday morning.

Emergency crews responded to a call at 11:13 a.m. Friday for a man with his hand stuck in a bread maker at a business.

Ottawa Fire says it took firefighters involved in an “extremely complex extrication” more than an hour to remove the individual’s hand from the machine.

The victim’s hand was released from the machine at 12:36 p.m. and he was transferred to the care of paramedics.

Ottawa paramedics say the man was taken to hospital in serious but stable condition.

Officials would not release the name of the company.