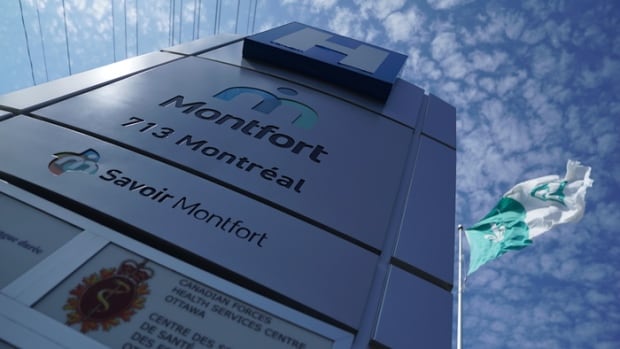 Two Ottawa-area hospitals that closed their emergency departments last weekend haven’t ruled out the possibility of more closures in the future.

Mary Wilson Trider, CEO of the hospital, said the closure was triggered by two teams of uncovered nurses. She said new staff are being oriented, but the hospital is still vulnerable.

“I can’t say for sure that we won’t have another [closure]”, said Wilson Trider. “We are a small hospital with a small staff, so it does not take much for us not to have enough staff.

The hospital, which is the only Francophone community teaching hospital in Ontario, issued a statement in which it thanked the staff who continued to work under difficult circumstances.

“The human resources challenges we are facing at the moment are not unique to Montfort, but our uniqueness makes the situation very complex, as our staff must be qualified and bilingual,” the statement said.

Wilson Trider said fewer than 10 people showed up at the emergency room in Carleton Place, Ont., while they were closed. One was admitted after being deemed sufficiently urgent by the doctor and nurse who worked there during the closure, the others were redirected.

Wilson Trider said the hospital announced the closure on Friday evening because it was trying to avoid having to close.

“It’s about working as hard as possible to cover shifts before making the call to close the emergency department. It’s an extremely difficult decision to make,” she said.

Almonte General Hospital, which partners with Carleton Place Hospital through the Mississippi River Health Alliance, saw a 20% increase in patients during the shutdown, she said. .

Carleton Place Mayor Doug Black said he had not received any complaints about the emergency services closing, although he would like to see more information in advance.

“I also feel anxiety, for my family, myself,” Black said. “It strikes me that this is more than just an individual small town, the Carleton Place emergency. It seems to be a fundamental and almost structural problem on a national scale.”

Black said he would like to see the federal government work closely with the provinces to address issues in emergency departments.

Rachel Muir, president of The Ottawa Hospital bargaining unit for the Ontario Nurses Association, said the emergency department closures were no surprise after the union issued warnings of understaffing.

Muir said smaller hospitals could face more frequent and longer emergency department closures and hospitals in cities like Ottawa could also experience closures or a reduction in available beds.

“We’re all in the same critical staffing crisis,” Muir said. “None of these emergency services should be closing. There’s no excuse for that because we’ve rung that bell, loud and long.”

The Ottawa Hospital said in a statement Monday that it experienced “a slight increase in volumes and ambulances” this weekend.

The Queensway Carleton Hospital echoed The Ottawa Hospital in a statement of its own, saying its emergency department was not “too badly affected” by the closures this weekend, although there was an increase in admissions on Monday.

Ottawa paramedics said call volume decreased over the weekend but still reported 15 level zero events, where no ambulance was available for dispatch, to a total duration of five and a half hours.