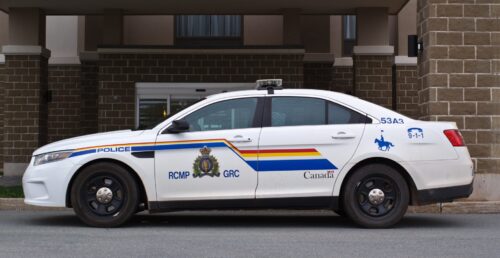 One person died and another suffered non-life-threatening injuries after being shot while driving on the Trans-Canada Highway, police said.

The Integrated Homicide Investigation Team (IHIT) is currently working on the case after Burnaby RCMP responded to a report of a shooting Saturday afternoon near the Kensington Overpass.

Investigators are still working to determine the exact location of the shooting.

“A man called 911 after the vehicle he was driving was the target of a shooting, resulting in the death of its passenger,” said police, who identified a suspicious vehicle – a black Mercedes Benz SUV.

About two hours after the call about the shooting, Burnaby RCMP received another call about a vehicle fire near Beecher Park in the 1100 block of Eastlawn Drive.

“IHIT believes this vehicle is the black Mercedes, linked to the homicide investigation and directed the scene,” police said.

Investigators believe the shooting was targeted and there is no longer a risk to the public.

They released the identity of one victim, 18-year-old Meysam Zaki, but did not identify the second victim who was taken to hospital with non-life-threatening injuries.

“We are releasing Mr. Zaki’s name in the hope that witnesses will come forward to help us establish a timeline of his whereabouts in time leading up to his death,” said Sergeant Timothy Pierotti of the IHIT.

“Any associates of Mr. Zaki or the second victim are asked to speak to the police. IHIT is committed to bringing justice to the family of this young man.

Any witnesses or persons traveling west on Highway 1 in Burnaby between 2 p.m. and 3 p.m. Saturday, August 6 with dash cam footage are asked to contact police.

Additionally, those in the Beecher Park area between noon and 5 p.m. are asked to contact the IHIT information line at 1-877-551-IHIT (4448) or by email at [email protected]