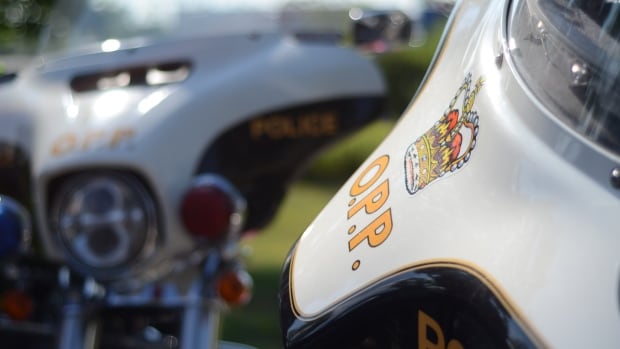 One person is dead and two others injured after three motorcycles collided Sunday afternoon just west of Pembroke, Ont.

OPP officers responded to the crash on Doran Road around 12:15 p.m., according to a news release.

One of those involved was pronounced dead at the scene, police said. Another was rushed to hospital by Renfrew County paramedics.

The police have not released the name of the deceased person as they are still informing their relatives.

The OPP Ottawa Valley Detachment is investigating the accident.

As of Sunday afternoon, part of Doran Road between Forest Lea Road and Barron Canyon Roads remained cordoned off.