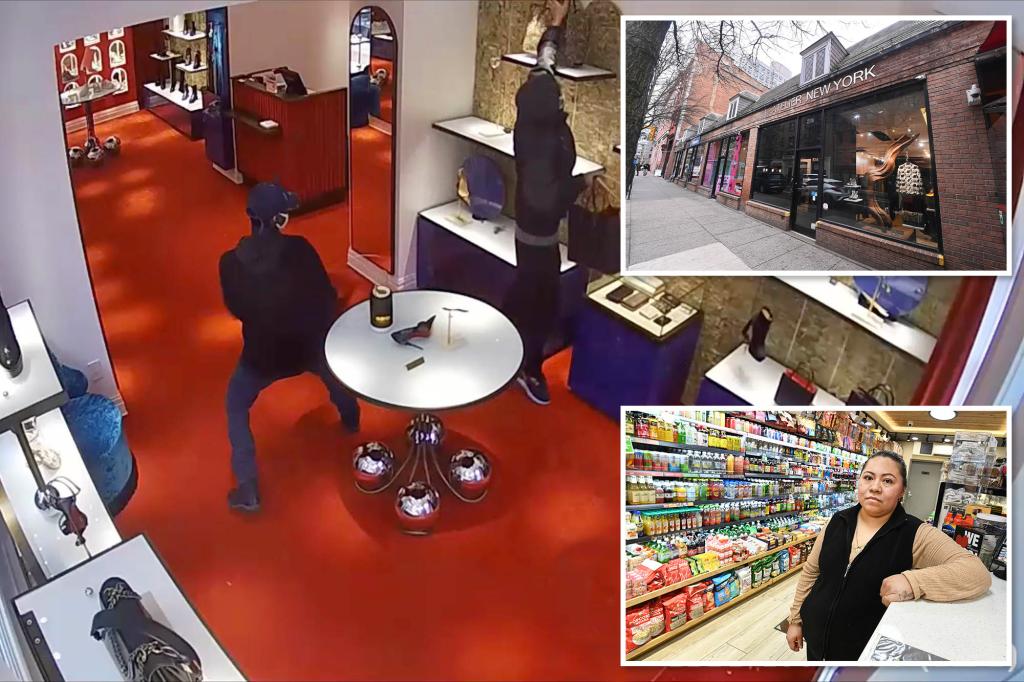 These are the Villages of the Damned.

Major crime is on the rise in both East and West Villages, turning Manhattan’s once-iconic arts and cultural hubs into cesspools of rampant property thieves.

The Sixth Precinct, which patrols the West Village, has seen an 84% increase in major crime rates over 2021 figures – the biggest increase among Manhattan’s 22 boroughs and nearly twice the jump by 44% citywide – NYPD data shows. The Ninth Precinct, which serves East Village, Bowery and NoHo, is also seeing an increase in property theft and violent attacks, with the total major crime rate jumping 54% so far this year compared to the same period in 2021, police data shows.

Residents and business owners there are fed up with the abundance of shoplifters which includes vagrants, petty fencers and even families.

“I definitely don’t feel safe. Coke heads, heroin, what have you — It’s just chaos out there,” said Terr Le, a liquor store owner who calls the cops on the crooks at least twice a week. “It’s just crazy and people are on edge.”

Sara Morales of West 4th Market Place said she’s had to deal with shoplifters constantly since the grocery store opened in January.

“A lady started taking sweets and drinks and putting them in her pocket like it was her house,” she said. “She took a hammer out of her bag, trying to hit my colleague when we went to arrest her.”

Despite the threats to her business and her health, Morales said she would often donate food if vagrants simply asked for it.

Kyle McCoy, who runs Atelier on W. 8th St., recently stopped a father, mother and teenage daughter from slipping a $1,300 skirt. He said there is no solution because bail reform laws are easy on criminals.

“That’s stupid,” he said. “Shoplifters get a little slap on the wrist.”

An NYPD spokesperson said Neighborhood Coordination and Public Safety Officers in the Sixth Precinct are now focusing their patrols more on commercial establishments and retail stores.

Some incidents in the Sixth Ward have been perpetrated by repeat felons, a statewide consequence of bail reform laws that is only exacerbated by the district attorney’s lenient policies. Manhattan, Alvin Bragg, on crime and capture and release strategies.

Zachary Westcott, 41, walked into the Old G Connivance store on W. 14th Street in January and brandishing a gun, he told the clerk, “Give me a pack of Newports or I’ll kill,” according to police reports . Westcott was later charged in other cases of assault, petty larceny and assault on police officers.

There was also Farrah Hales, 33, who on March 5 tried to steal a frying pan, juice and sauté pans from a Morton Williams supermarket in Bleeker Street before telling staff: ‘I have a knife and I’ll stab you,” and fleeing to Washington Square Park. So far this year, she has also been charged with criminal mischief, robbery, possession of a controlled substance and threatening.

Out there in the East Village, things aren’t much better.

People there say the neighborhood is starting to go back to the bad old days.

“It seems like a lot of unstable people are walking around the neighborhood. Fights are breaking out everywhere,” bartender Rob Rossi, 49, said in a text. “Lotta stores are getting robbed, especially bodegas. People are being robbed in broad daylight. My friend Crystal got beat up on St. Patrick’s Day at 7:45 by Avenue B, and she’s Asian. She received several punches in the face.

“The neighborhood looks like it was in the 90s, before it got better.”

Leroy “Big Lee” Lloyd, owner of The Hard Swallow bar on 1st Avenue, compared the current state of the neighborhood to John Carpenter’s “Escape from New York,” a classic 1980s dystopian film where Manhattan is transformed into a lawless prison island.

“I’ve had to reduce security lately because sales have gone down,” he said. “I was at another bar last week where I had to help and calm down a wild guy. I left and an hour later the bartender called me and said the guy had jumped behind the bar, tried to steal the cash register and broke the DJ’s jaw.