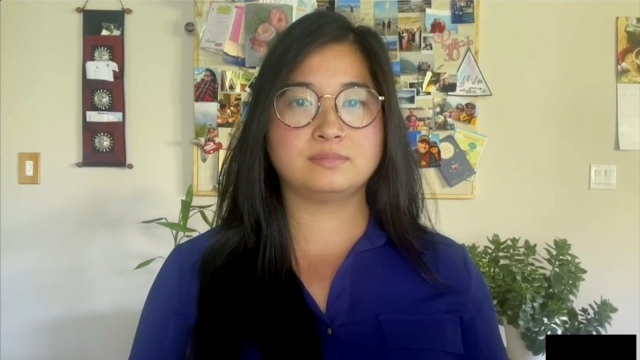 A nurse working at one of British Columbia’s short-staffed hospitals is speaking out after saying she was assaulted by a patient who made a racist remark.

Arlene Tedjo was working in the emergency department at the Royal Inland Hospital in Kamloops on Saturday when RCMP were called to respond to a man whose behavior Tedjo said had escalated to the point where it was dangerous and unmanageable.

In an interview with CTV News Channel, she described her experience. At first the patient was unresponsive, but was awakened by Tedjo. A few minutes later, as she walked past, the incident unfolded.

“This individual deliberately waited for me to walk past to kick me in the leg with the intention of tripping me,” she said, adding that he nearly hit another colleague.

“I tripped and then he said to me, ‘I don’t know how they do things in your country’, implying, first, that I’m not from this country and racist towards my level of education and professionalism… I’m angry and insulted because first of all, I’m Canadian and I was trained as a Canadian nurse, whether I was born here or not.

Kamloops RCMP confirmed they were called to hospital for reports of assault and arrested a man. Tedjo says the man’s condition was stable at the time. He has since been released with a promise to appear later.

Interior Health told CTV News via email that the incident happened in the emergency room and involved “one patient and two staff members.”

“Staff members received on-site support and completed their shift as scheduled for the day,” the health authority said. “Procedures are in place to respond to such incidents and follow-up is ongoing.”


“SICK AND TIRED FROM WORKING IN DANGEROUS CONDITIONS”

But Tedjo says the incident is indicative of serious and widespread problems plaguing the province’s health system as a whole, saying frontline staff are facing increasing pressures. This weekend, for example, she says the department was operating with just over 50% of the required staff.

“We are all working over time. We are understaffed. We are under-supported on a day-to-day basis. We are going through a global pandemic, extreme heat waves, another wildfire season – on top of that we are verbally receiving abused and physically abused, which unfortunately is nothing new,” she said.

“We are tired of working in dangerous conditions and we can no longer bear to be the one on whom everything falls.”

The shortage of nurses is a problem Tejdo points out, compounded by the fact that almost a million British Columbians do not have a family doctor. The lack of accessible and available primary care, she says, puts increased pressure on emergency departments. Additionally, emergency department closures in smaller communities mean more patients are being told to travel to cities like Kamloops for treatment.

“A lot of healthcare workers are compensating for systemic failures that have been happening for a long time,” she said.

“So after that happened, I had to pull myself together, keep working because there were still a lot of people who still needed to be seen and we were understaffed.”

She also said she heard from colleagues across the country who are working under similarly stressful and increasingly unsustainable conditions.

“It’s part of the reason why we have closed departments across the country and why healthcare staff are leaving at higher rates than ever before.”

In a tweet, former Ontario Liberal leadership candidate Alvin Tedjo, who is currently running for Mississauga City Council, said he was shocked and angered by the incident – wishing he could do something to help thousands of miles away.

My sister was assaulted last night while breastfeeding in the ER, she was also told to “go back to your country” 😡 I’m so angry right now and there’s nothing I can do about it. She called to say she was fine but was shaken up. It’s not OK, the police are complaining. #NurseTwitter pic.twitter.com/dpWieBMcVi