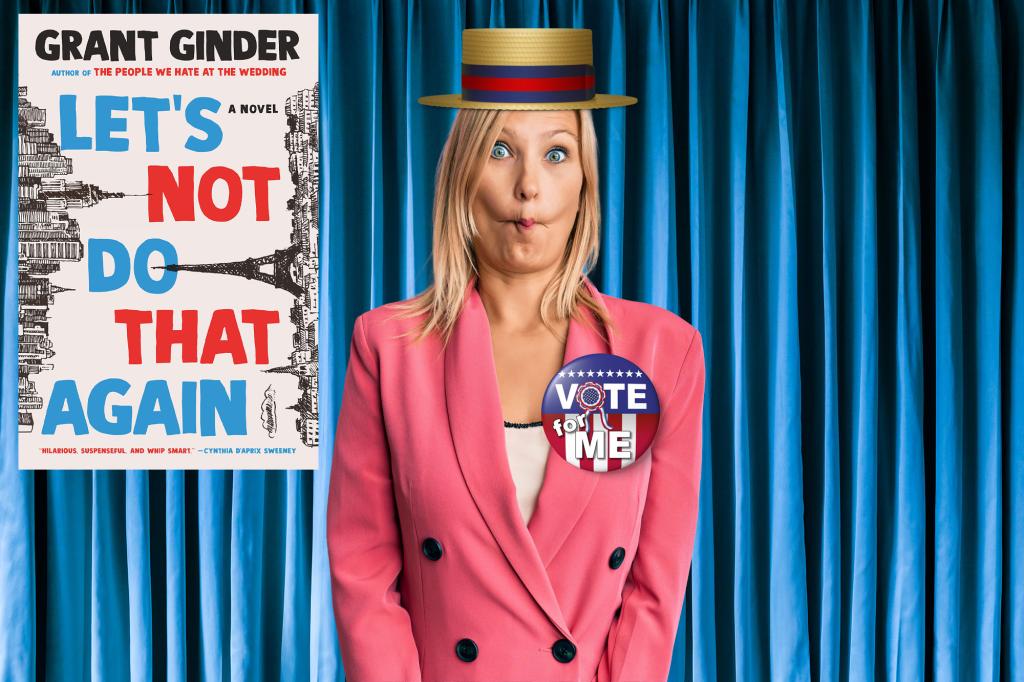 Author Grant Ginder writes about dysfunctional families — “In particular, the imperfect ways that we love each other,” as he describes it. Ginder, whose recent titles include “The People We Hate at the Wedding” and “Honestly, We Meant Well” has a new dysfunctional family book out: “Let’s Not Do That Again” (Henry Holt). The awkward family dynamics are there, but so is an added angle: Politics.

Nancy Harrison is running for the Senate, and nothing can stop her — except, possibly, her grown children. When her daughter Greta makes headlines for tossing a bottle of champagne through a Parisian restaurant as she marches with a group of extremist protesters, Nancy dispatches her son Nick to France to talk sense into his sister and bring her back to the United States. The discovery that Greta has been dating a far-right French provocateur puts into motion a series of events and complications that threaten to completely tank Nancy’s chances, destroy their family, and quite possibly land one or all of them in jail. (Without giving away any spoilers, a building trash compactor plays an important role in the narrative.)

Politics is a world Ginder knows well; before he turned to fiction and teaching essay writing at NYU, he interned for California representative Loretta Sanchez, and later worked as a speechwriter for John Podesta.

“I learned pretty quickly that our elected leaders and their staff are just as screwed up as the rest of us. No one knows what they’re doing until the exact moment they’re doing,” he says. “It’s more Veep than West Wing. The number of times I was scrounging around for half a sandwich at 4 pm — there was little glamor to it.”

The shine was off the apple, but his time in DC did teach him about what he really wanted to be doing.

“When I got to DC, I realized it was a town that traded on knowing things first, and access. There was this one day when I was sitting in the communications department. I forget which pope, but a pope was about to die,” he says. “And everyone was like, ‘Is he dead yet, is he dead yet?’ And it was a competition to know. And I thought, maybe this isn’t the world for me. But I was writing speeches and I loved discovering the rhetorical power of narratives. I loved figuring that out, and how that worked.”