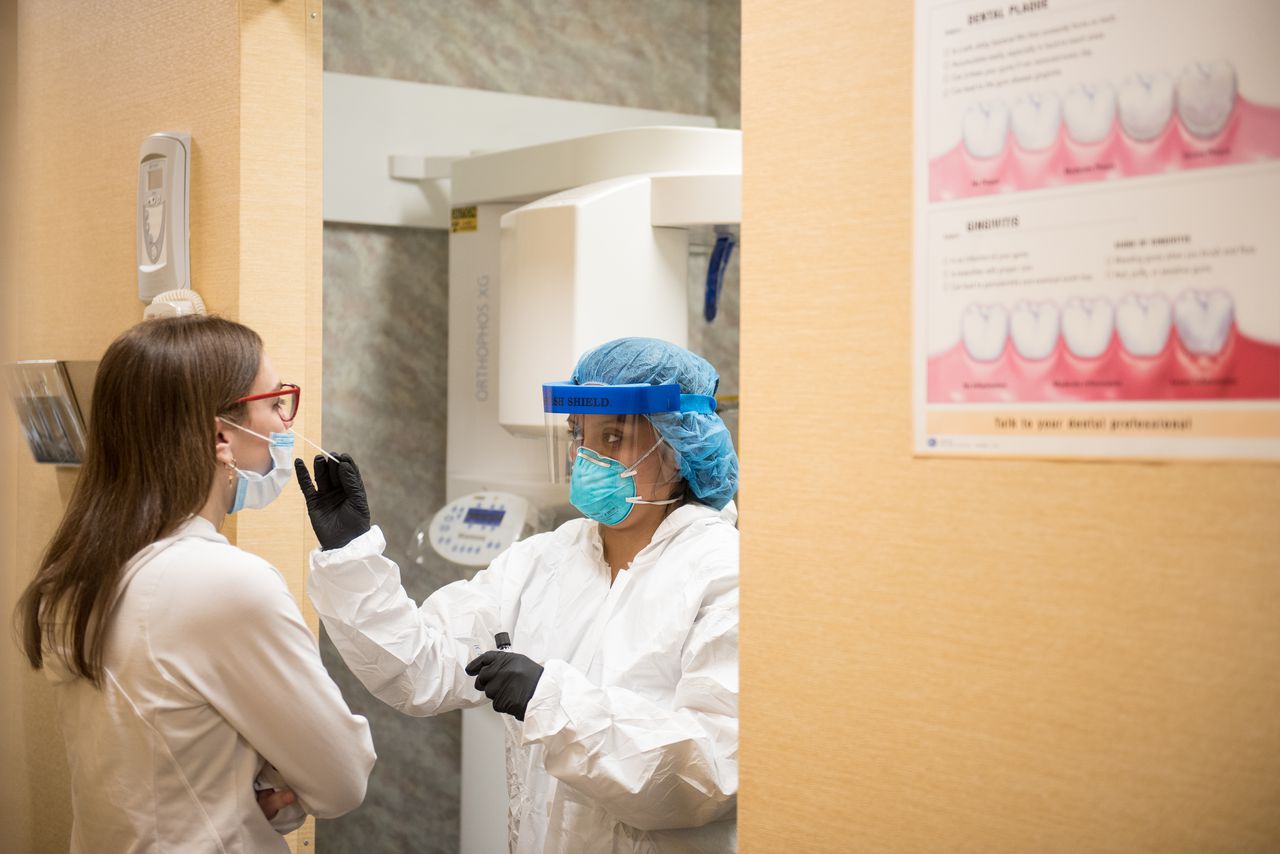 The state’s seven-day average for confirmed positive tests rose Thursday to 2,792, up 24% from a week ago and 14% from last month.

The statewide positivity rate for tests taken Saturday — the most recent day with data available — was 18.16%. The Centers for Disease Control and Prevention considers positivity rates above 10% “high.” However, the positivity rate is significantly lower than its peak of 40.83% on January 1 at the height of the omicron variant.

The state’s coronavirus dashboard had incomplete numbers for hospitalizations Thursday with only 60 of 71 hospitals reporting data. Hospitals reported 1,013 patients on Tuesday evening, the highest number since February 20.

There were 1,013 patients with confirmed or suspected coronavirus cases reported across the state’s 71 hospitals as of Tuesday evening. This is the highest number of patients since February 20.

Despite the recent increase in cases, hospitalizations remain significantly lower than they were when they peaked at 6,089 on January 10 during the omicron wave.

Six counties in New Jersey are now considered high risk for transmission of COVID-19 – Atlantic, Burlington, Camden, Cape May, Monmouth and Morris. People in high-risk areas are recommended to wear a mask indoors in public and on public transportation and to keep up to date with vaccinations, according to the CDC.

New Jersey has reported 2,164,884 million confirmed cases of COVID-19 in the more than two years since the state reported its first known case on March 4, 2020.

The Garden State also recorded 370,183 positive antigens or rapid tests, which are considered probable cases. And there are many cases that were probably never counted, including positive home tests that aren’t included in state numbers.

More than 6.96 million people who work, live or study in the Garden State have achieved fully vaccinated status.

More than 7.86 million people have received a first dose since vaccinations began in the state on December 15, 2020.

More than 4 million people in the state eligible for boosters have received one. That number could rise after the Food and Drug Administration approved boosters for healthy children ages 5 to 11. US regulators have authorized the booster for children, hoping an extra dose of the vaccine will boost their protection as infections continue to spread.

At least 9,375 of the state’s COVID-19 deaths have occurred among residents and staff of nursing homes and other long-term care facilities, according to state data.

Of active outbreaks at 367 facilities, there are 4,655 current cases among residents and 4,735 cases among staff, according to the latest data.

As of Wednesday, nearly 600 million cases of COVID-19 have been reported worldwide, according to the Johns Hopkins University Coronavirus Database, and more than 6.36 million people have died from the virus.

The United States has reported the most COVID cases (more than 89.2 million) and deaths (at least 1.02 million) of any country.

More than 11.8 billion doses of vaccines have been administered worldwide.

Our journalism needs your support. Please subscribe today to NJ.com.