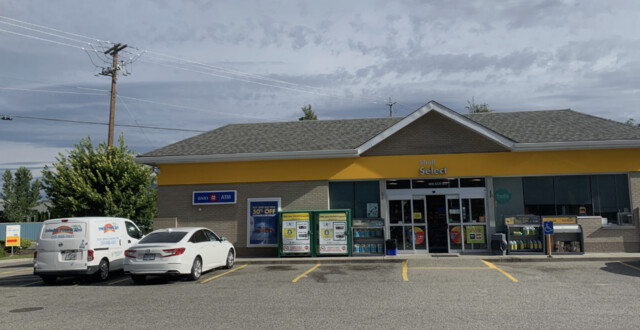 The victim of Tuesday night’s shooting is “linked to criminal organizations,” according to Kelowna’s top cop.

At a press conference Wednesday afternoon, Supt. Kara Triance reiterated that the victim is not expected to survive the shooting, having been shot outside the Shell petrol station near the corner of KLO and Benvoulin roads around 10 p.m.

Police were alerted to the shooting by staff at Kelowna General Hospital, when the victim was dropped off by someone in a vehicle. Supt. Triance said they have yet to identify the person who dropped off the victim and a suspect has yet to be identified in the shooting.

Supt. Triance said she couldn’t say the shooting was related to the ongoing conflict between Lower Mainland gangs at this time, but she said the victim was tied to criminal organizations.

“This individual is known to the police and is linked to criminal organizations,” she said. “There will therefore be a thorough investigation that will continue and continuous updates as we progress with this investigation.”

“It always worries me when we have violence in public spaces and organized crime activity in our community; this to me is deeply concerning,” Supt. Triance said.

“However, we believe it was a targeted incident. [involving] extremely focused individuals who knew each other well.

She noted that investigators don’t believe the shooting had anything to do with last Friday’s murder.

Kelowna RCMP have confirmed that a Lower Mainland man is at Kelowna General Hospital suffering from a gunshot wound he received late Tuesday night.

In a press release, police said an “unidentified associate” took the man to KGH around 10 p.m. The hospital was therefore quarantined.

Cst. Mike Della-Paolera says the shooting victim is not expected to survive his injuries.

Police confirmed the shooting took place outside the Shell petrol station on the corner of KLO and Benvoulin. According to indications, the shooting is linked to people well known to the police.

“Incidents of this nature are concerning to say the least, we believe this was a targeted incident. Police want to assure the public that there is a team of dedicated resources assigned to this investigation and want to ensure to the public that the safety of the citizens of Kelowna remains our priority,” said Inspector Beth McAndie.

Kelowna RCMP are asking that if anyone has dash cam recordings or witnessed this incident, please contact the RCMP at (250) 762-3300.

Or leave an anonymous tip to The Central Okanagan Crime Stoppers www.crimestoppers.net

Police responded to a shooting Tuesday night at the Shell service station in Benvoulin and KLO Roads.

Details are limited at this point, but a Kelowna RCMP spokesperson says the shooting occurred around 9:30 p.m. Police became aware of the shooting when a person with gunshot wounds arrived at the Kelowna General Hospital.

Interior Health has confirmed that Kelowna General Hospital’s emergency department was placed on restricted access last night as a precautionary measure at the request of the RCMP.

“It was reopened when we received a green light from the police,” IH said in a statement.

The condition of the victim is not known at this time. A full press release is expected later today.

The gas station has since reopened to business, but orange chalk marks remain at the scene of the shooting.