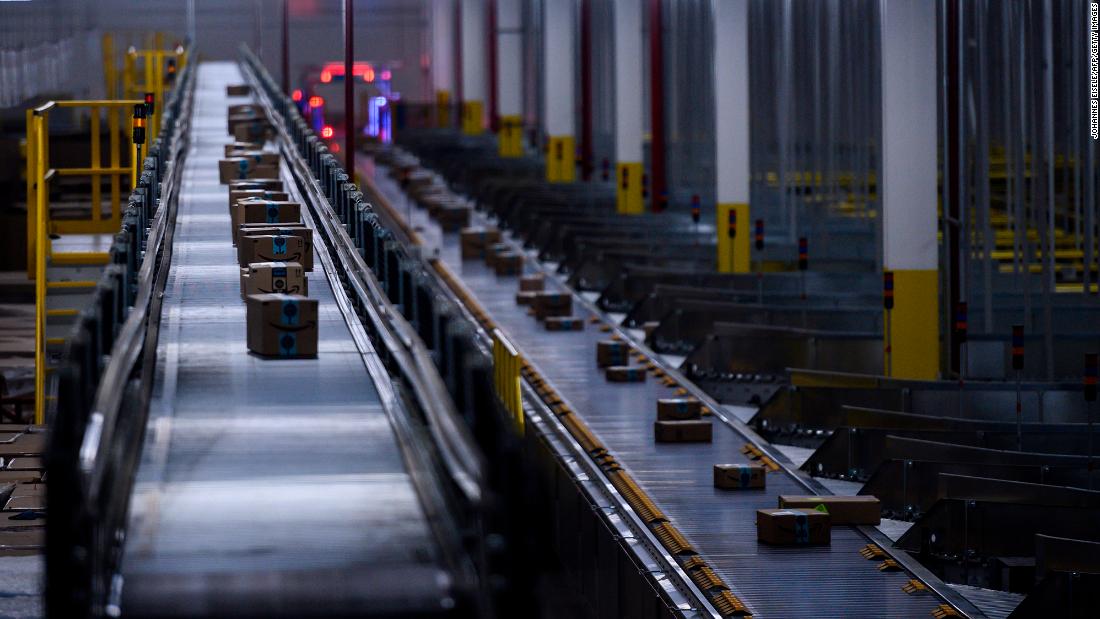 The complaint, filed privately by the state’s Human Rights Division on Wednesday, concerns Amazon’s alleged violation of state law by giving its site managers the ability to override recommendations from reasonable accommodations from Amazon’s internal managers – known as Accommodation Consultants – responsible for reviewing such requests. .

In one of several cases noted in the complaint, as reported by Hochul’s office, New York officials alleged that a pregnant Amazon worker was forced to take unpaid leave after being injured. at work lifting packages weighing more than 25 pounds despite approved accommodation exempting the worker from lifting heavy objects.

Hochul’s office said the complaint “seeks an order requiring Amazon to cease its discriminatory behavior, adopt non-discriminatory policies and practices regarding the review of reasonable accommodation requests, train its employees on the provisions of the law on human rights and to pay civil fines and penalties to the State of New York.”

Amazon (AMZN) did not immediately respond to a request for comment.
As the nation’s second-largest private employer, Amazon is known for its ultra-efficient warehouses that rely, in part, on closely tracking worker productivity and has come under scrutiny for high turnover rates. and workplace injuries in recent years. The pandemic, during which Amazon workers have been deemed essential, has only heightened concerns about working conditions.
But the company has faced increasing pushback from some workers and regulators during the pandemic, including in New York. Amazon has faced organizing efforts at two warehouses in New York, which recently garnered enough support to hold elections. Workers at the largest plant, known as JFK8, successfully voted in favor of the move, becoming the first Amazon workers to officially unionize in the United States. Amazon disputes the results.

Earlier this month, a New York appeals court dismissed a lawsuit filed by state Attorney General Letitia James over the company’s response to the pandemic. Morgan Rubin, senior deputy press secretary in James’ office, said in a statement to CNN Business last week, “As our office considers the decision and our options moving forward, Attorney General James remains committed to protect Amazon workers, and all workers, from unfair treatment.”

Amazon previously disputed the claims in James’ lawsuit. “We care deeply about the health and safety of our employees,” the company said in an earlier statement. “We do not believe the Attorney General’s filing presents an accurate picture of Amazon’s state-of-the-art response to the pandemic.”
Meanwhile, following pressure from shareholders, Amazon revealed in a filing last month that it would conduct an audit to “assess any racially disparate impact” of its policies on its American hourly employees.