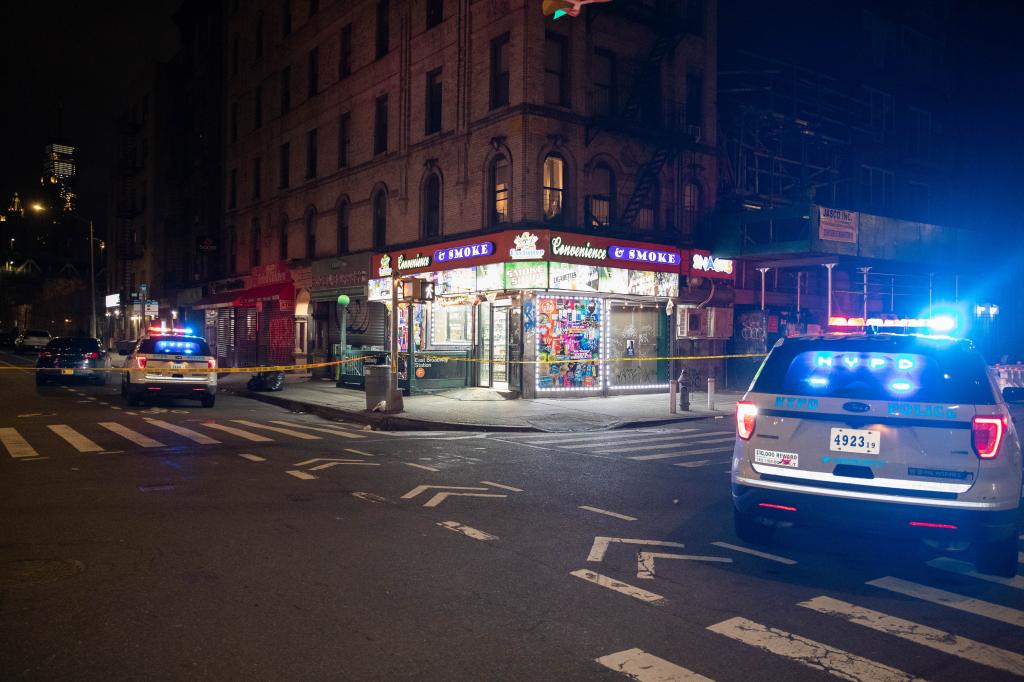 A Manhattan bodega employee has been arrested for stabbing a man to death during a fight over a bag of chips, police said Saturday.

Jose Alba, 51, is charged with stabbing Austin Simon, 37, with a knife inside the Hamilton Heights grocery store on Broadway near West 139th Street late Friday night, the NYPD said. .

The violent scuffle stemmed from an earlier argument Alba allegedly had with a woman who was looking to buy a bag of crisps but apparently didn’t have enough money to pay for the snack, cops said.

The customer, who had entered the store with a child, then stormed out and summoned Simon, an NYPD spokesperson said.

The pair had a verbal argument that ‘turned physical’ when Simon apparently ‘walked around the counter’ and attacked the store clerk, who then ‘chosen to pick up a knife and plunge it into his chest of the victim,” the spokesperson said.

Police arrived at the bodega after receiving a 911 call of an assault in progress around 11:05 p.m. – and found Simon stabbed twice in the chest and once in the neck, cops said.

EMS took Simon to Harlem Hospital, where he was pronounced dead.

Alba was brought in for questioning and later charged with murder and criminal possession of a weapon. Police recovered the knife from the scene.

The incident was one of two reported stabbing fatalities in Queens and Harlem Friday night and Saturday morning, police said.