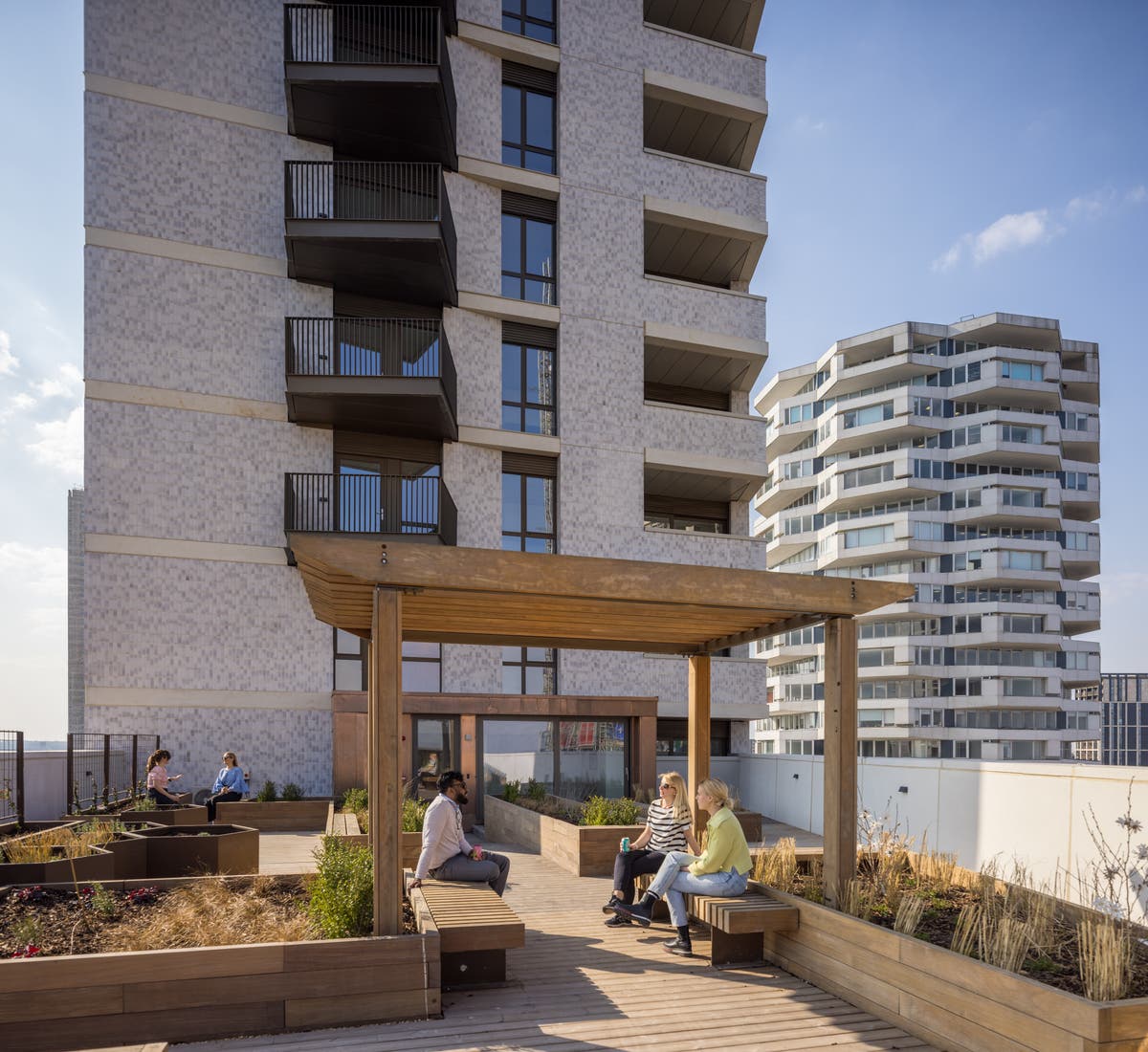 a batch of new cut-price ‘pocket’ apartments in a Croydon tower block are set to come on the market, aimed exclusively at first-time buyers in London

The 21-storey building in Addiscombe Grove, near East Croydon station, has 30 apartments priced 20% off the local market, with prices starting at £260,000.

A further 82 apartments will be released later along with 41 condominium units delivered as part of a joint venture between developer Pocket Living and housing association Optivo.

As London’s fourth cheapest borough and with many new build developments underway, Croydon is a good place to look for Londoners looking to move up the housing ladder. The average flat price in the borough is £353,916, according to Foxtons.

The Addiscombe Grove tower was built using an innovative ‘modular’ construction method in which the houses are fabricated off-site and put into place.

The apartments are all one bedroom and have three rooms; an open-plan kitchen and living room, a double bedroom with a shower room and a large walk-in shower. There is additional storage space in the hallway and bedroom.

According to the developer, who specializes in building compact apartments for first-time buyers, the kitchen and living space are “upgraded” with high ceilings and large full-height windows to maximize daylight.

The building includes three outdoor spaces; a common landscaped roof terrace on the 9th floor, a “Nordic Garden” on the 20th floor and a third garden on the 21st floor. It also has a residents’ lounge and a wellness room for yoga or other classes.

Jenny Anson, Sales Manager at Pocket Living, said: “If you look around Croydon, a lot of the new affordable housing currently available does not allow for 100 per cent ownership, which limits the options for first-time buyers who want to get on the housing ladder in an area they love.

“We are particularly committed to making 100% home ownership a reality for those who contribute economically, socially and culturally to the daily life of the capital, which is why we offer unique 100% ownership, 20% discounted product.

“At Pocket, we want to create thriving communities where our residents can feel at home the moment they get their keys, which is why we’ve put so much care and attention into the design of our community amenities.”

Pocket Living, which launched in 2004, has developed a model of small apartments aimed at those struggling to access the housing ladder in London. Its apartments are approximately 38m2, just above the minimum space standard for a one-bedroom apartment in the UK.

The East Croydon scheme is one of more than 1,000 ‘pocket’ houses being built in London and supported by Sadiq Khan. The Mayor of London invested £25m in Pocket Living in 201, with a third of homes to be built offsite to speed up delivery.