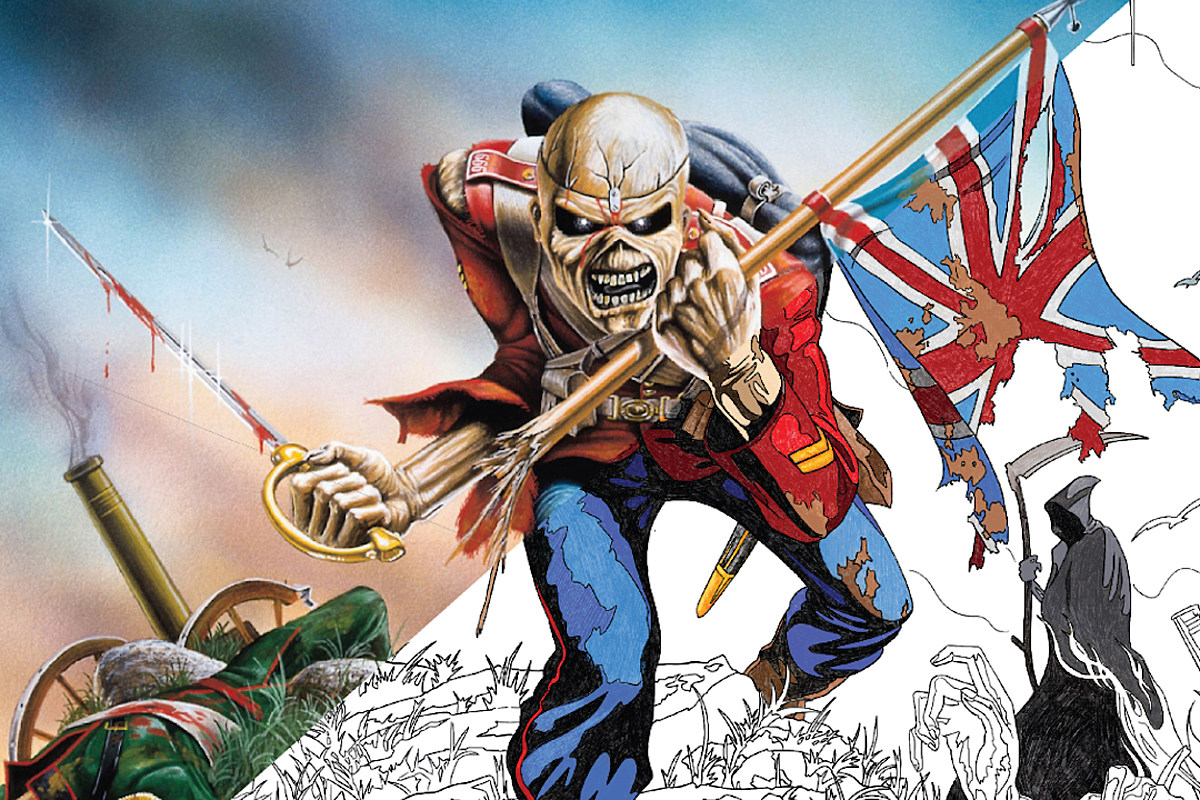 I hope you haven’t put away the pencils yet? Iron Maiden has other “Eddie’s” who need your colorful help. That’s because Maiden has teamed up with UK’s Rock N’ Roll Coloring for the second official coloring book and it’s due to arrive next month.

The band’s first coloring book, released in late 2021, was a hit, and now the band are focusing on their popular singles allowing fans to add their colorful burst to some of the most instantly recognizable images from the band’s music catalog.

The renders are all ready for your pencils, printed on high quality paper in a square format that has been fully approved and officially licensed. So go ahead and use your pens, pencils, paint or crayons to display your artistic zen on a single piece of ‘The Trooper’, ‘Run to the Hills’, ‘Aces High’ and many other Maiden favourites. Take a closer look at some of the sketches below.

Rock N’ Roll Coloring was formed by fans for fans, and their dedication to providing a product Maiden fans will love is on display. They painstakingly recreated Maiden’s standout cover figure, Eddie, in many of his most famous renditions.

So seek Iron Maiden Volume II: The Singles coloring book, which will be released on June 6 and will be available everywhere for worldwide shipping. You can place your pre-orders through Eyesore Merch.