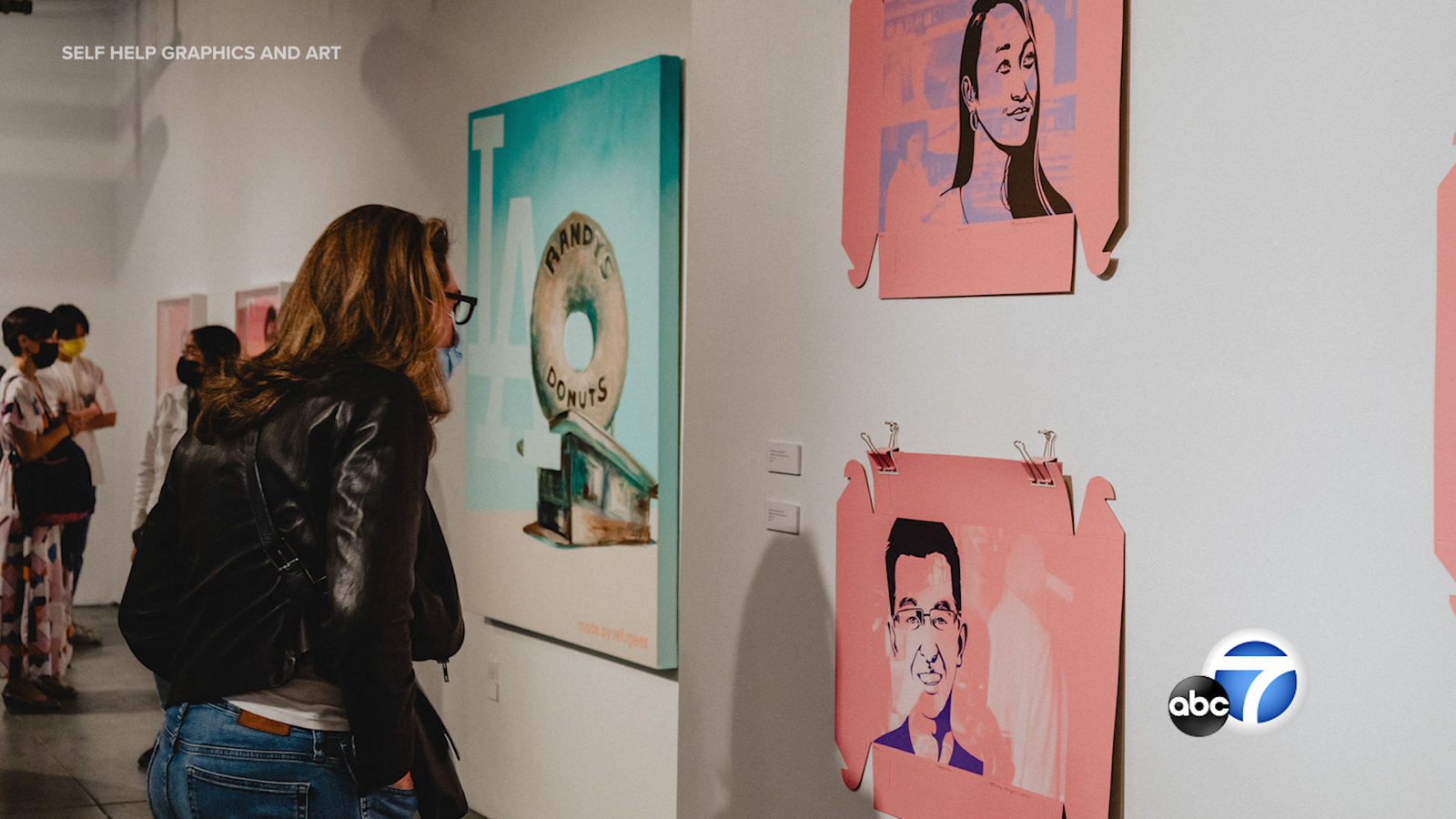 BOYLE HEIGHTS, LOS ANGELES (KABC) — There’s a new art exhibit in Los Angeles called ‘Donut (W)hole’. But it’s not about what one might think.

The community art space at Self Help Graphics and Art in Boyle Heights is the home for the new installation. The gallery centers around stories of survival of Cambodian immigrants following the Cambodian genocide in the 1970s and the “donut kids”.

“Donut kids are second and third-generation Cambodian-Americans who were born here in the United States and their parents are Cambodian refugees. Their parents owned or worked in donut shops,” said Phung Hyun, the exhibit artist.

Hyun is the daughter of a Cambodian refugee and she grew up with many friends who were donut kids.

The pink boxes, reminiscent of the boxes used by donut shops, show the faces of donut kids who spent a lot of their time at their parents shops, sometimes even sleeping on sacks of flour while their parents worked.

“They would also come to the donut shop after school and do homework and help during the summer. These kids didn’t have summer camp. They didn’t go to parties. Their lives were enmeshed with donut shops,” said Hyun.

Hyun said she’s also using the pieces to celebrate family unity. Many of these donut kids are now working professionals in fields like medicine and law. Hyun hopes the pink boxes make people think, long after the exhibit.

“Don’t erase what the pink donut box veils and that’s the humanity of the survival for a lot of these refugees,” said Hyun.