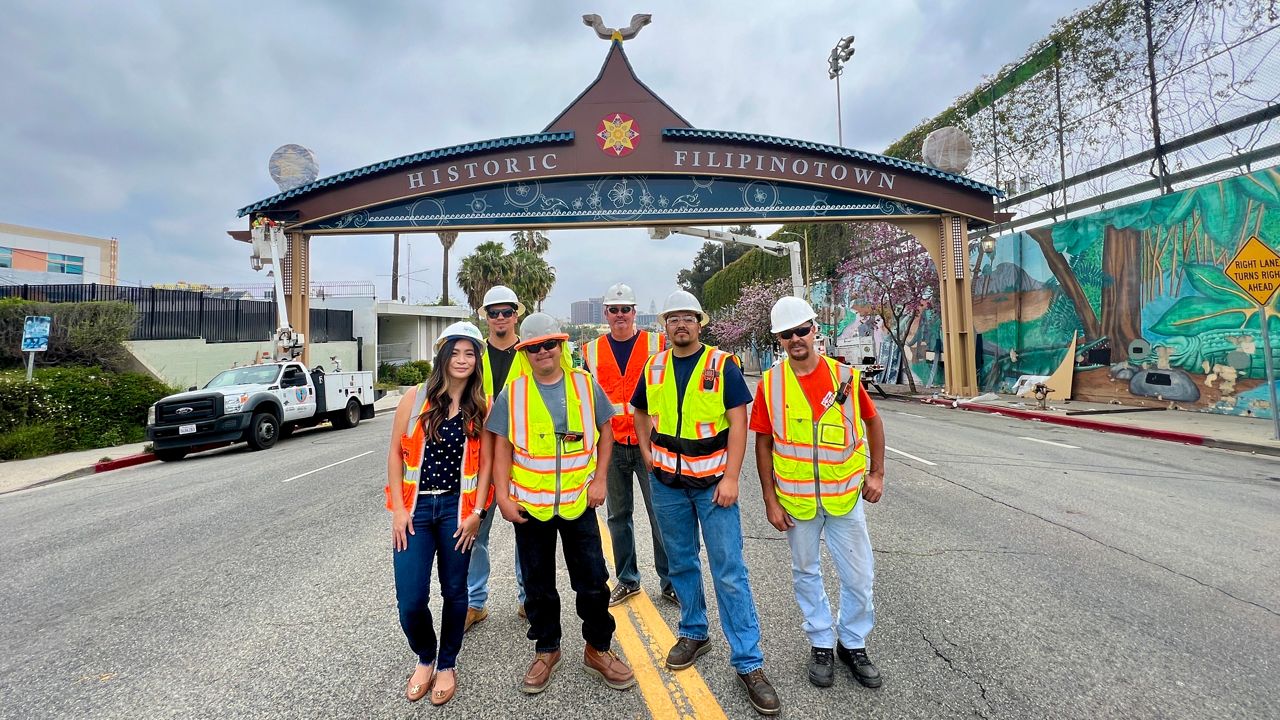 The arch with a star in the center is for every immigrant community hosted in Los Angeles, said Caloza, a former commissioner for the city’s Board of Public Works who is now deputy chief of staff to California Attorney General Rob Good.

“It says, ‘Historic Filipinotown,’ and that’s for Filipinos, but it’s also for the broader immigrant community,” said Caloza, a Filipino-American. “It really symbolizes that we belong here. The city of Los Angeles is a city of immigrants, and we have places like Historic Filipinotown, Koreatown, Chinatown, Thai Town, Little Bangladesh, etc. It’s so unique to Los Angeles .”

Filipino American artist Eliseo Silva designed the arch. Silva also painted the “Gintong Kasaysayan” mural, a story of Filipino and Filipino American history on the wall of an office building at Unity Park on Beverly Boulevard in the historic Filipinotown district.

The city spent more than $580,000 to create the 40,000-pound steel arch, Caloza said, adding that the money came from savings on other infrastructure projects. Public works will maintain the work in the years to come.

The new landmark will serve as a walkway for people entering the east entrance to Historic Filipinotown, a 2.1 square mile neighborhood on the outskirts of downtown Los Angeles.

At 4 p.m. Saturday, state and local officials will join Filipino American community leaders to officially unveil the arch. The public is invited to join in the free festivities.

When Filipinos – many of whom were seasonal farm laborers and office workers – first arrived in Los Angeles in the early 1900s, the community settled in what was then known as Little Manila or now the Little Tokyo district or Bunker Hill.

The community was relocated in the 1920s and 1930s. But from the 1940s through the 1980s, Filipino immigrants began settling in the Temple Street-Beaudry Avenue neighborhood – the area of ​​what is now known as Historic Filipinotown.

No one knows exactly how many Filipino immigrants settled in the area. However, some of the oldest Filipino-American organizations, churches, and businesses are in the neighborhood.

Today, Filipinos are a minority in Historic Filipinotown. Most residents are immigrants from Latin and Central American countries and other Asian groups.

Many children of these early Filipino settlers moved to other Philippine enclaves in Southern California, such as Carson, Cerritos Eagle Rock, Panorama City, and West Covina.

The new arch was an exciting project for Caloza, who lives in historic Filipinotown. 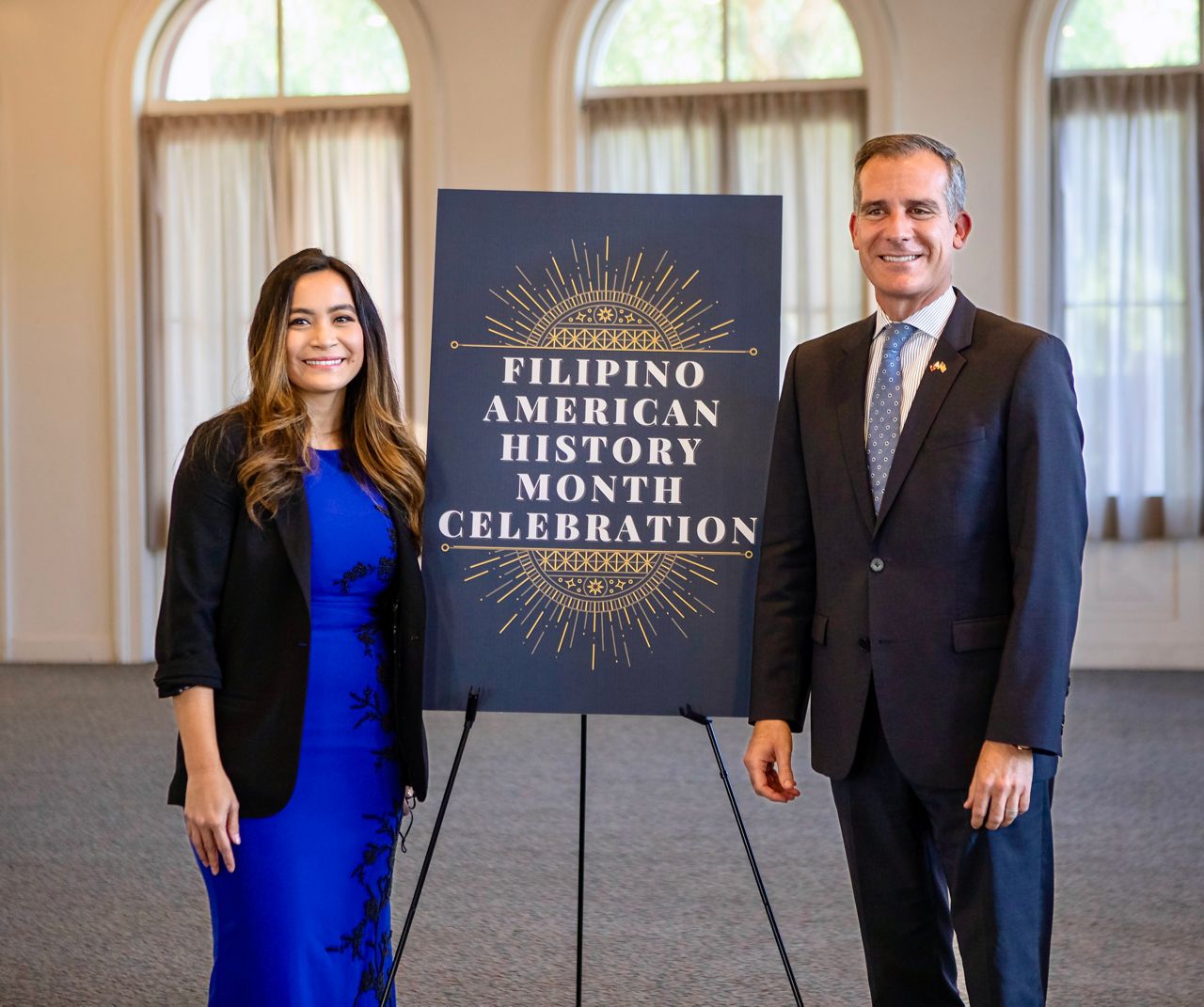 When Mayor Eric Garcetti appointed Caloza to the Public Works Board in 2019, Caloza wanted to find a way to merge infrastructure projects with history and culture.

“How do we mark our history through public spaces and infrastructures? ” she says.

Caloza explained that the ark was something the community had wanted for almost two decades. But it lacked funding and, above all, a senior official to champion the cause.

“It needed funding, design, community engagement, support, partners and endorsements,” she said. “I helped take on part of the role not only because it was important to me as a first-generation immigrant, but it’s for [all] immigrants.”

Caloza added that Garcetti and adviser Mitch O’Farrell also championed the cause.

She doesn’t just want people to drive by the sign. She wants them to stop, park and take pictures.

Besides the arch, the city will install a storyboard at street level where visitors with their mobile phones can scan a QR code and learn about the history of the neighborhood. The storyboard will also point out other Filipino landmarks in the area.

Caloza said this arch is the embodiment of LA.