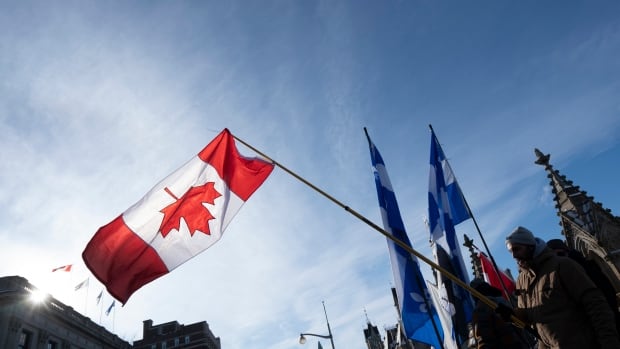 A months-old injunction against Freedom Convoy organizers ended on Monday, but the lawyers responsible for muting the incessant horns in February are focused on expanding and certifying a proposed class action lawsuit to secure the compensation for Ottawa residents and businesses.

Lawyers representing Ottawa residents in the proposed lawsuit against convoy protesters successfully argued for a Mareva injunction on Feb. 17, a court order aimed at restraining convoy leaders from “selling, removing, dissipating, alienating, transfer, dispose” of up to $20 million in assets raised worldwide.

On Monday, Ontario Superior Court Judge Calum MacLeod said the injunction would be dissolved, but he kept the escrow order in place to ensure a third-party agent could continue to hold just over $5.7 million raised by convoy protests.

Lawyers will now prepare to decide what will happen to that money.

Paul Champ, one of the attorneys involved in the proposed class action lawsuit, originally said a wide net had been cast to recover funds from the Freedom Convoy.

“We got most of the funds that we were trying to freeze now,” he said.

More money placed in escrow in the past month

As of March 30, nearly $2 million in assets were locked, according to the third-party agent’s latest official report.

Then on Monday, the court ordered that some C$3.8 million raised on US crowdfunding site GiveSendGo be transferred to an escrow account.

The site had transferred this money to a Canadian bank account belonging to the non-profit company created by the organizers. Instead, the money was held by a payment processing company due to freezing orders put in place in February to prevent the money from being used by protesters.

Over CA$400,000 of digital currency was also transferred to escrow.

Proposed class action should go ahead

Champ and his team are expected to expand the scope of the proposed class action to include thousands of defendants — including donors and more implicated truckers — as they seek to reimburse downtown residents and businesses.

The defendants would then file their own documents before the court decides whether or not to certify the class action.

His team hopes that the money now in escrow “will hopefully one day be used to compensate residents of downtown Ottawa.”

The convoy rally in Ottawa raised more than $20 million in total during its three-week stay in the city’s downtown core.

Tamara Lich, the convoy leader who gained access to a large sum of money through her role in organizing the protest – for which she has since been charged – helped raise nearly $10.1 million before the suspension of donations.

The website used to collect that money, GoFundMe, then returned most of those funds to the original donors beginning Feb. 5, the company said.

The nearly $1.4 million that remained in Lich’s possession was later transferred into escrow.

Two fundraisers launched on GiveSendGo raised more than $12 million and in a March 9 court appearance, GiveSendGo co-founder and CFO Jacob Wells said the donations would be returned. to donors.

Asked by CBC, the company declined to disclose the total amount refunded.

The bulk of the digital currency collected through convoy fundraisers – 20.7 bitcoins (worth nearly C$1.1 million) – continues to elude authorities.

Authorities are believed to be monitoring the remaining bitcoin, but it is unclear whether they will succeed in capturing it.